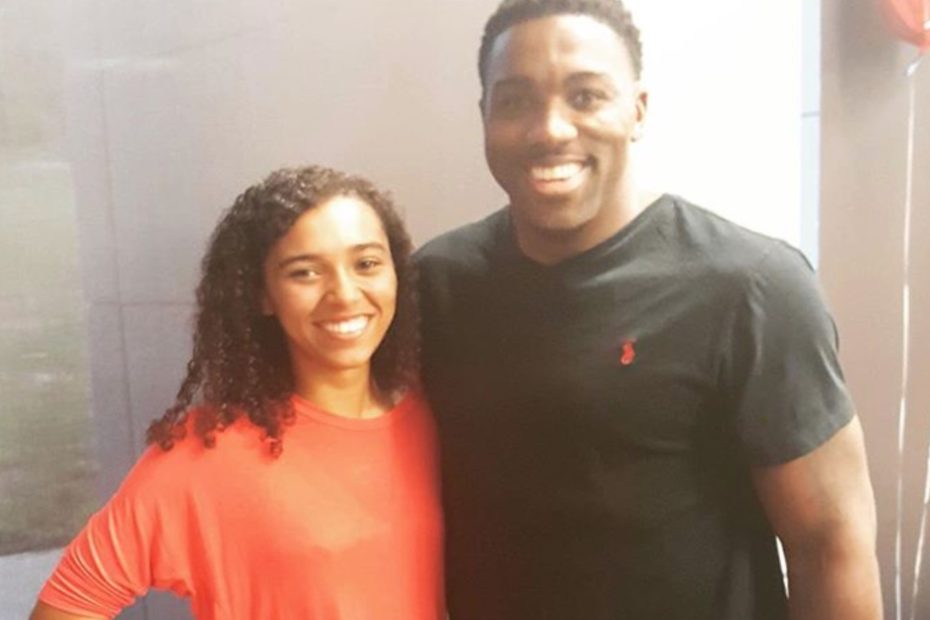 Following His First UFC Fight Since His Stepdaughter’s Murder, Walt Harris Gets Emotional During Post-Fight Interview

Following His First UFC Fight Since His Stepdaughter’s Murder, Walt Harris Gets Emotional During Post-Fight Interview

Seven months after his 19-year-old stepdaughter, Aniah Blanchard, was murdered, heavyweight fighter Walt Harris entered the octagon for the first time since her death.

Not only was it his first fight since Aniah’s passing but it was his first primetime UFC fight where fans weren’t allowed in the arena due to COVID-19. Harris fought Alistair Overeem at the Jacksonville arena on May 16.

RELATED: UFC’s Walt Harris Prepares For the Fight of His Life, And He’s Doing So With His Late Stepdaughter In Mind

The fight went two rounds and ended with a TKO by Overeem. Following his loss, Harris got emotional when asked how he was feeling.

After being told that every father watching the fight that night is proud of what he did, Harris choked up. So instead of talking about his daughter directly, he thanked the UFC, Dana White, and his trainers and team for sticking by his side during the last seven months.

“They’ve been amazing through this whole process. My wife, my family, and I are so grateful. We owe you guys everything.”

“I’m sorry I didn’t get the W for you tonight,” Harris continued. “I’ll be back better I promise you. You haven’t seen the last of the big ticket. I’m going to go home recover. I’m gonna heal emotionally and physically. I promise y’all I’m going to be better.”

As At The Buzzer previously reported, Harris’s stepdaughter Aniah was driving from her family home back to school in Auburn, Alabama on October 23, 2019, when she was last seen at an Auburn gas station on surveillance cameras.

It is believed that a 29-year-old man named, Ibraheem Yazeed, who was also seen on the same surveillance footage as Aniah, kidnapped the teenager and hijacked her car.

As USA Today reported, during the last minutes of her life, Aniah fought to survive. After spotting Yazeed’s gun, she went for it in an attempt to protect herself, according to court documents.

“Yazeed admitted to shooting a girl, and stated the girl ‘went for the gun.’”

Aniah’s body was found a month later by authorities in a wooden area half way between Montgomery and Auburn. Yazeed is currently on trial on two counts of capital murder charges.

One day after the fight had ended, Harris took to Instagram to let his daughter know that he will be fighting for her forever. “Tonight wasn’t my night, but you best believe I will be back better! Thanks to everyone for all your love and support can’t say it enough! We learn and grow! Baby girl… daddy loves you and I promise I will keep pushing!”

1 thought on “Following His First UFC Fight Since His Stepdaughter’s Murder, Walt Harris Gets Emotional During Post-Fight Interview”