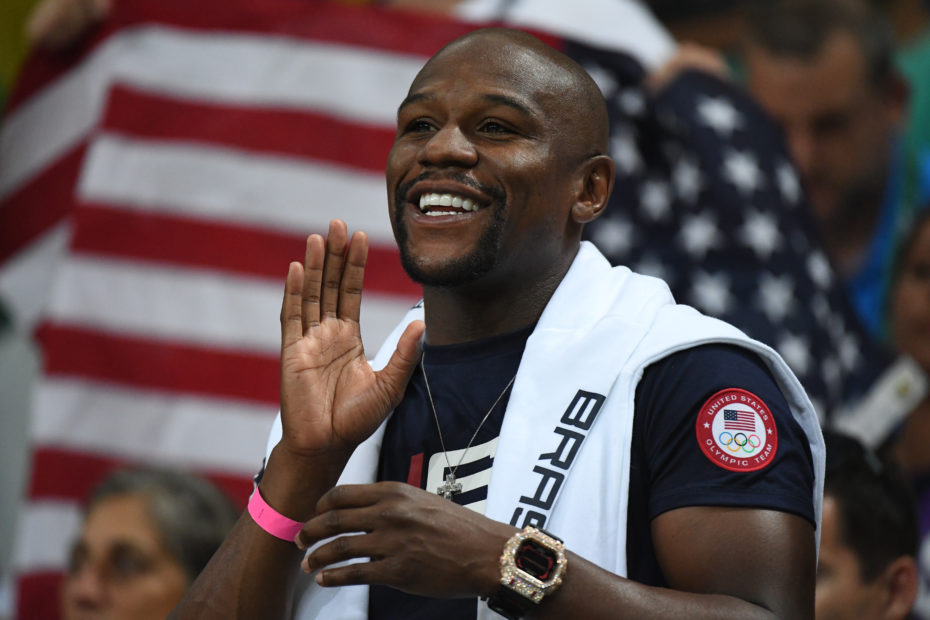 20 Undefeated Boxers That Shocked the World

Getting handed your first defeat can be demoralizing to a fighter, but not if you’re one of the few undefeated boxers that avoid that first loss altogether. It’s not easy and doesn’t happen often, but boxers that end their career undefeated always have a special place in the history of the sport.

Undefeated boxers displayed greatness every single time they entered the ring and while not every bout of theirs was perfect, their records show a different story as the end result was perfect time and again. At the end of the day, a ‘W’ in the win column is all a boxer can ask for.

Of course, that’s what makes an undefeated boxer’s career so special. Every boxer has the same goal when they enter the ring, but undefeated boxers are the only fighters to ever walk away with a win (or draw) 100% of the time. It’s the ultimate accomplishment for any boxer.

RELATED: 25 of the Best Boxers of All-Time

Who Were the Greatest Undefeated Boxers of All-Time?

These players were as consistent as they come. They not only won often, but they never faced defeat and came out on top every time they squared up with another boxer. That’s tough to do, especially when you consider the amount of talent floating around in the boxing community.

**For the sake of this article, the undefeated boxers below are ranked by the amount of career wins they had**

Michele Aboro is one of the true pioneers in women’s boxing during a time when the sport was dominated by men. She competed professionally from 1995 to 2001 and won all 21 of her bouts, finishing her career as an undefeated world champion in the super bantamweight division.

Her first four professional fights were held in four different countries, winning the first three by a first round knockout and the fourth by a technical knockout in the sixth round. Her first pro belt came in 1998 and her first world championship came in 2000. Her last fight was in 2001.

Laila Ali, the daughter of all-time boxing great Muhammad Ali, did something her father wasn’t able to do – ended her career as one of the greatest undefeated boxers of all-time. She competed professionally from 1999 to 2007 and won all 24 of her fights, 21 of them in a KO.

In 2001, Ali fought Jaqui Frazier-Lyde – the daughter of Joe Frazier – in what became known as Ali/Frazier IV. It was the first main event PPV fight between two females and even more historic considering the three fights between their fathers decades ago. Ali is no doubt one of the greats.

Scott Daley was born in Lake Charles, Louisiana and competed professionally from 1986 until 1998 in the middleweight division. All 24 of his fights took place in the United States and he won each of them by a knockout – including 10 knockouts in his first year as a professional boxer.

In late-1992, Daley knocked out Anthony Campbell, who had a 25-45-2 record at the time. Daley went on a six-year hiatus before returning and knocking out James Hobart in August 1998. That was his last fight and his 24-0-0 record has him among the greatest undefeated boxers ever.

Pichit Sitbangprachan took the boxing world by storm at a time when Thailand didn’t have any talented boxers. He helped put the country on the boxing map when he turned professional in 1988 and won the IBF flyweight title just four years later after knocking out Rodolfo Blanco.

Over the next two years, Sitbangprachan defended his title five times before retiring in 1994 with an undefeated record of 21-0-0, but returned to the ring with a knockout in 1996. He had two more impressive victories in 2000 before officially retiring from the sport with a 24-0-0 record.

Georgi Kandelaki enjoyed an impressive amateur career that included three gold medals, one silver medal, and one bronze medal across several world championships. He also competed in the 1996 Summer Olympics, though he lost in the quarterfinals. It was a great start to his career.

In 1998, Kandelaki turned pro and won the World Boxing Union heavyweight title four years later. After a 10-month hiatus from boxing, Kandelaki returned to the ring and knocked out Alexey Osokin. Unfortunately, it was his last fight and was forced to retire due to a major eye injury.

Known for his aggressive fighting style, Edwin Valero holds a special place among the greatest undefeated boxers because he not only won all of his bouts, but did so in knockout fashion. That’s something no other WBC champion can say, putting Valero in a league of his own.

Known for his two-hand fighting style and cat-like reflexes, Jack McAuliffe was the pride of Ireland in the late-1800s. He started his amateur career in 1883 and turned professional just two years later. After winning three fights in 1885, he won nine in 1886 and five more in 1887.

Michael Loewe, also known as Mihai Leu, enjoyed an illustrious amateur career that included 190 wins in 200 bouts. He turned pro in 1991 and quickly established himself as one of the greats. He would go on to win all 28 of his fights over the next seven years, retiring 28-0-0.

After winning 121 of his 130 amateur fights, Harry Simon turned professional in 1994 and went the next 20+ years without losing a fight. His first title came in 1998 when he defeated Winky Wright for the WBO junior middleweight title. He defended it four times over the next three years.

Simon then won the WBO middleweight title in 2002, but was involved in a serious car accident that kept him away from boxing for five years. He returned in 2007, but spent two years in prison due to the crash and made another return in 2009. He won his next seven fights before retiring.

Andre Ward is widely regarded as a top-five pound-for-pound boxer all-time and was the best boxer of his time during his peak years. He beat a lot of talented fighters in his day, handing Roger Cantrell, Edwin Rodriguez, Sullivan Barrera, and Sergey Kovalev their first losses.

Sven Ottke had a bright start to his boxing career, earning the bronze medal at the 1989 World Championships. He won 256 of his 308 amateur fights before turning pro in 1997. Not even one year later, Ottke was named IBF super middleweight champion after defeating Charles Brewer.

From 1998-2004, Ottke defended his title 21 times and to 20 different boxers – an all-time record in his division. He was slated to make a comeback in 2008, but the fight never materialized. His last fight came against Armand Krajnc in what would be Ottke’s final title defense before retiring.

Terence Crawford is the only boxer on this list that continues to fight to this day, with his last win coming against Shawn Porter on November 20, 2021. He has won all 38 of his bouts since turning professional in 2008 and is regarded as the best pound-for-pound boxer right now.

He recently won the WBO Welterweight title in 2018 and has already defended it five times. He’s everything you could ask for in a fighter, combining speed, power, intelligence, creativity, reflexes, and more. He’ll look to continue his undefeated career in his next title defense.

Over the next eight years, Samson defended his title 38 times and was the most dominant name in the super flyweight division. He decided to retire in 2002, making him one of the 15 boxing world champions to end their career undefeated – a career we’ll remember forever.

After an amateur record of 110-10, Joe Calzaghe turned pro in 1993 and never looked back. He’s regarded as one of the greatest to step in the ring and dominated the super middleweight division for over 10 years. He was the WBO super middleweight champion from 1997-2007.

Agustin Senin competed in the 1964 Summer Olympics in the bantamweight division and eventually turned pro in 1967. He went on to win his first seven bouts in 1967 and his next eight in 1968 as his opponents got more talented. This is when he started to make a name for himself.

Another 10 wins later, Senin started to see his competition increase greatly in 1970 – where he faced five boxers with at least 22 career wins at the time. It’s the same year he won the Spanish Bantamweight title. The following year, in 1971, Senin won the European Bantamweight title.

Before the boxing community had Rocky Balboa, it had Rocky Marciano – one of the greatest to ever do it. Outside of Rocky, there are no other undefeated boxers in the history of the heavyweight division. He fought with a durable chin, great power, and incredible stamina.

Marciano got his first ‘name fight’ in 1949 when he squared up with Phil Muscato. He faced Jersey Joe Walcott for the World Heavyweight title in 1952 and won, despite being knocked down in the first round. He defended the title up until announcing his retirement in 1956.

Widely regarded as the best defensive boxer of all-time and one of the biggest money fights in the history of boxing, not many fighters rose to the level of popularity as Floyd Mayweather. He’s one of the biggest names the sport has ever seen and made a lasting impact on the sport.

Mayweather not only won a bronze medal at the 1996 Summer Olympics, three U.S. Golden Gloves, and the U.S. National Championship as an amateur, but also won 15 major world championships as a professional. While Mayweather is retired, he still does exhibition fights.

Ricardo Lopez made a name for himself as one of the best amateur boxers of all-time, winning four consecutive Guantes de Oro de México Championships and going undefeated before turning pro in 1985. He then went 26-0 as a professional before finally receiving a world title shot.

Lopez not only won the WBC mini flyweight title in 1990, but defended that title against a record 21 different opponents. He then held the junior flyweight title from 1999-2001, defending the title twice during that span. His son, Alfonso Lopez, enjoyed a 13-0-3 undefeated boxing career.

Jimmy Barry always had an interest in fighting, but took a true interest in boxing at the age of 13 when he started to train at McGurn’s Handball Courts. Two years later in 1885, Barry began his amateur boxing career and his professional boxing career started approximately five years later.

Are There Any Undefeated Boxers in the Ring Today?

Finishing your career as one of the very few undefeated boxers is quite the accomplishment and it’s something that all of the boxers above achieved – except Terence Crawford, who has yet to announce his retirement. Of course, that’s what makes Crawford one of the greats today.

With that said, Crawford isn’t the only active boxer that’s undefeated and there are plenty of other fighters with impressive records. For example, Tyson Fury, Oleksandr Usyk, Lawrence Okolie, Artur Beterbiev, Dmitry Bivol, and Gilberto Ramirez are all undefeated boxers.