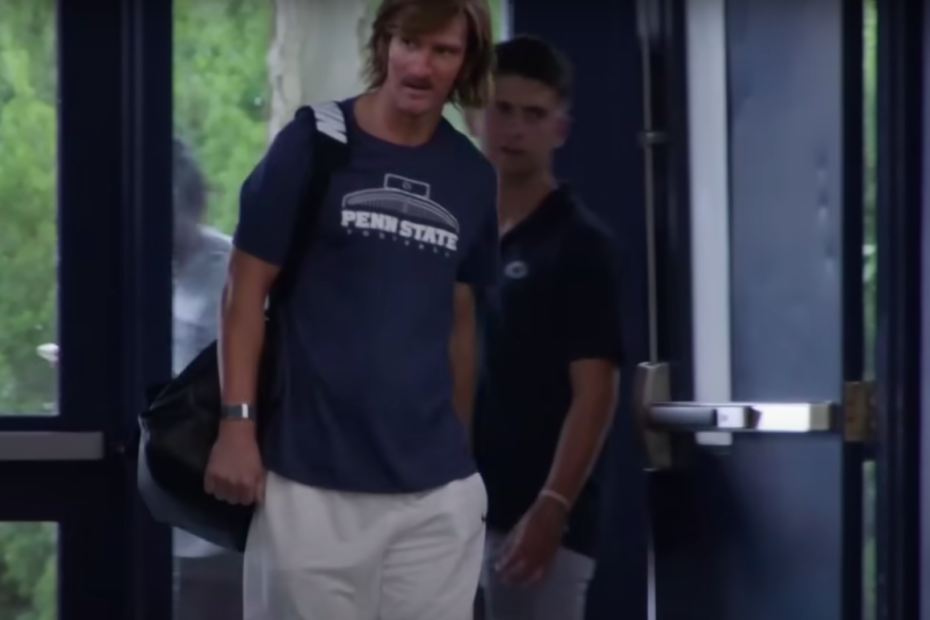 When NFL Hall of Fame quarterback Eli Manning had the opportunity to go undercover as a college football walk-on and try out for Penn State, he did not hesitate to go all out.

In his ESPN show “Eli’s Places,” the former New York Giants quarterback explores the depth of college football. In one of his more recent episodes, Manning went undercover as the fictitious “Chad Powers,” a persona designed to help him try out for the Penn State Nittany Lions.

During the hilarious fifteen-minute video, the former NFL star sat down with Penn State’s head coach James Franklin to discuss his plan. Manning ultimately decided that a floppy wig and fake mustache would be the ultimate disguise to fool the college football organization.

When Manning, we mean, Powers, took to the field with his fellow students, he casually mentioned to Penn State coaches that he was homeschooled and never given the chance to play football. Looking like he was straight out of an 80s movie, many folks opted to not pay Powers any attention. Until Manning was able to exercise his skills…

“Chad’s gonna run. Chad run fast. Fast Chad,” Powers chanted to himself while preparing to showcase his speed. Much to the dismay of the recruiters, he clocked in at 5.49 seconds.

Despite not having played the game in years, the 41-year-old athlete proved that he still has the capabilities of a professional quarterback. When given the opportunity to do conditioning drills and show off his throwing abilities, coaches unaware of the scheme quickly wanted to sign Powers to their team.

“See his footwork on this play,” one coach said, pointing out the undeniable talent being showcased on the field. “I want to sign the Chad Powers guy… I think I see something in him,” another Lions representative said. Unfortunately for this team, singing Powers was an impossible reality.

“One of the guys that you guys are competing with has been disqualified for two reasons,” Penn State head coach James Franklin shared with the group of athletes at the end of the day. “His testing numbers were awful, but on top of that, we found out he’s ineligible. Chad Powers, you’re ineligible.”

While removing his fake skin and wig, Manning revealed himself to the tryout group as a typical 41-year-old that wanted another chance to play. “I thought I had it, boys,” Manning said with a laugh. “I’m sorry. I’m just a 41-year-old who wants to play ball and get back out there. I appreciate working with y’all today.”