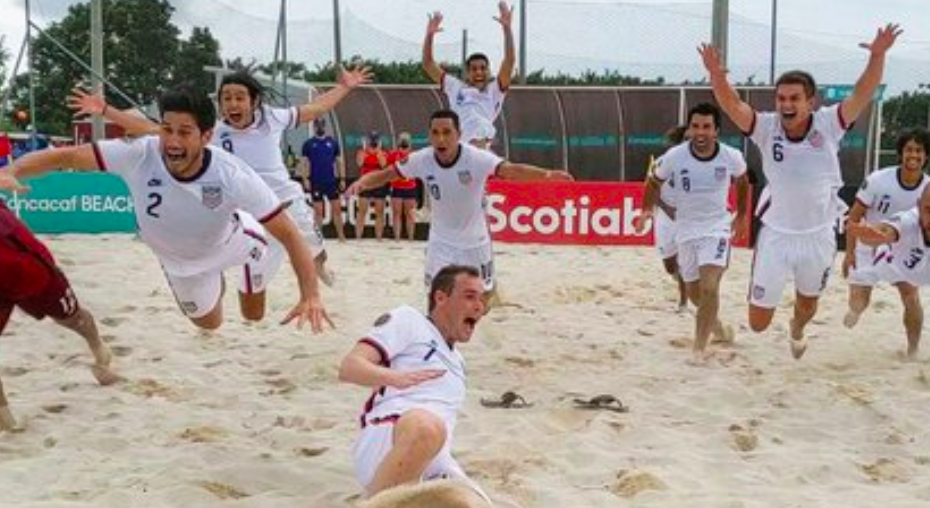 RELATED: US Men’s Soccer Team Doesn’t Make The Olympics, Here’s What The Team Had To Say

You heard that right. An organized official national sport, playing soccer on a beach is no joke. And the US National beach soccer team will be playing in sand on a world stage soon at the FIFA Beach Soccer World Cup in Russia.

The team qualified for the World Cup in May.

But first, hold up. You may be wondering how we got here, how the sport started up, and when a beach soccer world cup began.

“According to various sources, the sport is believed to have been started by European sailors in the coastal regions of Brazil at the end of the 19th century when they played football on the sand during visits ashore. It was there that the first official beach soccer tournaments were held in 1957…It would be almost another 50 years before the first unofficial World Cup took place in 1995, representing a major milestone.”

According to FIFA, world cups for the sport took place around the world, then “(i)n 2005 FIFA finally incorporated beach soccer into the football family and held the inaugural FIFA Beach Soccer World Cup…on the Copacabana beach in Rio de Janeiro. A France team featuring Eric Cantona beat Portugal in the final, while title favourites and tournaments hosts Brazil were eliminated in the semi-finals.”

FIFA notes the sport “is significantly different to playing on a level surface, which makes attempting to control a ball bobbling across the sand all the more unpredictable.”

Now, back to that US beach soccer national team.

In May’s 2021 Concacaf Beach Soccer Championship, the US team beat Mexico 5-2 in the semifinals to qualify for the World cup (per the team’s tweet).

Here’s what the team’s captain and coach said after that big game:

The team would eventually fall to El Salvador in the final of that tournament, 6-4 (per the team’s tweet). But, they got the win they needed and the team’s sights are set on Russia with the FIFA Beach Soccer World Cup set to take place from August 19 – 29.