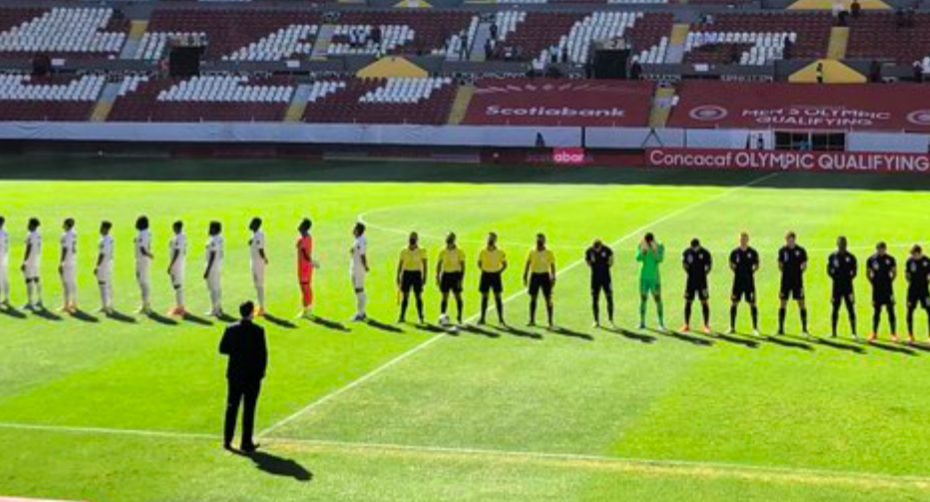 US Men’s Soccer Team Doesn’t Make The Olympics, Here’s What The Team Had To Say

US Men’s Soccer is not Tokyo-bound this year. In the 2020 Tokyo Olympic games taking place this year, the US Men’s Soccer Team will not be in attendance competing as they did not qualify for the Olympics.

Per US Soccer: “The U.S. Under-23 Men’s National Team’s bid to qualify for the 2020 Olympic Games fell short following a tough 2-1 loss to Honduras…in (the) semifinals of the (Confederation of North, Central America and Caribbean Association Football) Concacaf Men’s Olympic Qualifying Championship.”

According to USA Today’s Jim Reineking: “The United States men’s soccer team will have to wait another three years to attempt to qualify for its first Summer Olympics since 2008…It is the second straight qualifying tournament in which the U.S. was knocked out of the Olympics by Honduras in the semifinals, and it will be the third straight Olympic men’s soccer competition that will not include the U.S. The Olympic qualifying failure also means the USMNT has not played in a major tournament since the 2014 World Cup.”

The team did have two wins in the group stage (that’s encouraging!) but unfortunately, they come away with that one loss in the final round that leads the team to not qualify for this year’s Olympics.

“Obviously, we’re devastated, absolutely devastated,” Kries said. “In the locker room the guys are…like it’s tragedy, tragedy. I think we all wanted this so bad. So badly for so many different reasons…at the end of the day, I just don’t think we had enough.”

Kries also talked about his thoughts on why the team hasn’t made the Olympics in recent years.

“The time of the year that the qualification is in, I think it puts an American team in a difficult place because of the fact that we’re just now entering preseason…the only solution I would say there is that if you could get the European players that are in midseason then perhaps you’re in better shape but we all know the difficulties of that, as well…not to say that we weren’t good enough to get it done because I do believe we had enough quality in our team we had enough ability in our team, we had enough fight and commitment but just, at the end of it tonight (March 28), I just didn’t think it was quite enough,” Kries said.

“We’re really disappointed,” Kessler said per Concacaf. “We worked really hard to get to this point, the goal was to qualify for the Olympics and we didn’t get the job done today.”

Kessler’s MLS coach, Bruce Arena, who’s currently the New England Revolution sporting director and head coach who also, according to the Revolution site: “Managed the U.S. Men’s National Team through two separate stints (1998-2006, 2016-17) and two FIFA Men’s World Cups in 2002 and 2006, and won three Gold Cup titles” had this opinion about the US men’s team:

According to ESPN’s Eric Gomez: “After the United States (men’s soccer team) failed to qualify for the Olympic Games on Sunday, former Mexico national team assistant coach Mario Carrillo said he felt the U.S. made a mistake to not include the core of promising players under the age of 23, including Christian Pulisic, Tyler Adams, Weston McKennie and Sergino Dest. Those players, all with European clubs, were not available to play in Guadalajara because their clubs were not obliged to release them for Olympic qualifying. U.S. Soccer opted instead to suit them up for senior team friendlies. But Carrillo said by doing so, the U.S. loses a key step in player and national team development.”

“I think they were very arrogant,” said Carrillo on Futbol Picante on ESPN Deportes per Gomez. “You should never miss out on the Olympics. The level of play at a tournament like that is very important (to prepare) for the World Cup.”

Obviously, there’s going to be a lot of reasonings as to what’s going on with the US Men’s Soccer team. What are your thoughts on the team and what’s been going on? Let us know in the comments.