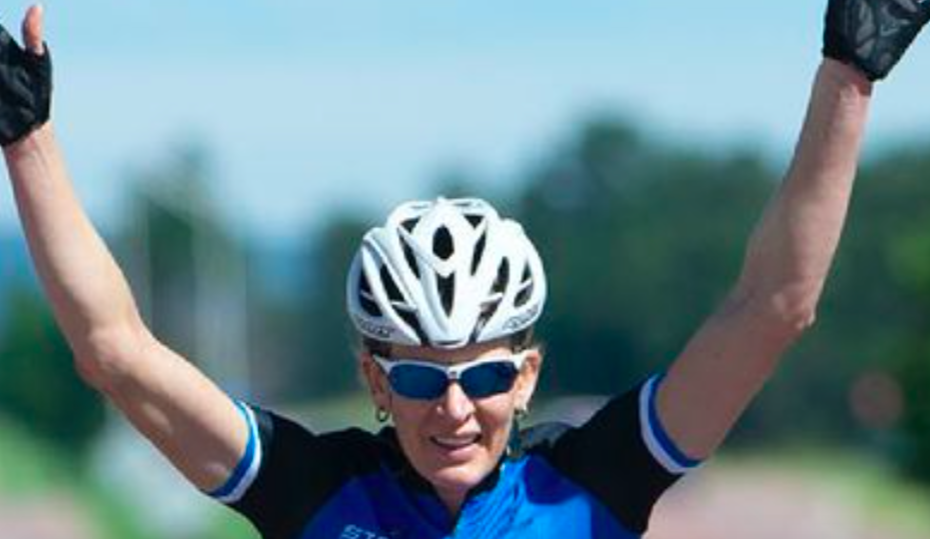 The cycling world and so many people are mourning and grieving, while remembering and celebrating the life of Gwen Inglis.

RELATED: NBA Draft-Bound And Recent University Of Kentucky Standout Terrence Clarke Being Remembered, Honored By So Many: ‘Terrence Clarke Was A Beautiful Kid, Someone Who Owned The Room With His Personality, Smile And Joy. People Gravitated To Him’

A Lakewood, Colorado Police May 17 community report stated that “(o)n 5/16/21…Lakewood Police responded to a crash involving a car and a bicyclist…A cyclist, an adult female, was riding eastbound…in the bike lane. A compact sedan was driving eastbound…when the driver drifted into the bike lane and collided with the cyclist. The cyclist was transported to a local hospital where she ultimately died of her injuries. She has been identified as 46-year-old Gwen Inglis of Lakewood.”

“We are saddened to hear about another tragic loss in the cycling community,” USA Cycling said in an Instagram post.

As Women’s Health Magazine mentions, Ingils is a cycling champion. She won the 2019 Masters Road Race Women 45-49 in Colorado Springs (per USA Cycling).

“Colorado cycling lost one of their best yesterday,” the Bicycle Racing Association of Colorado ‘in a statement’ per the Huff Post. “Even more impressive was her character off the bike. Knowing Gwen, you would immediately be aware of her strongest qualities. She consistently brought joy into all her relationships, and she openly accepted everyone.”

Her husband was still in shock, detailing how he was with his beloved wife that day per NBC 9 News. Reportedly “(h)undreds gathered (Tuesday, May 18th) morning for (a) ghost bike dedication for Gwen Erffmeyer Inglis.”

“I just am still in shock that two days ago I was in this grass on my hands and knees trying to save my wife,” Michael Inglis ‘said to a crowd gathered to remember his wife’ (on May 18) according to NBC 9 News. “It was so surreal to have my wife, my best friend, my stoker on my tandem–not here anymore…We’ve all ridden this a thousand times and then it only takes once, one individual to change and devastate everybody’s lives.”

It’s evident Gwen and Mike enjoyed spending time together, including while on the roads cycling, training, and also winning.

In that same photo USA Cylcing posted in honor of Gwen, they also said that the “photo is from Gwen’s road race win at the 2019 Masters National Championships. Her husband, Mike, won his race on the same day, both coming home with the stars-and-stripes. We are sending our thoughts to Gwen’s family during this difficult time.”

Being a champion takes a high level of competition, consistency, work ethic, and drive. But beyond her athleticism and evident love for cycling, here’s what her “longtime friend” said about her:

“I don’t know a single person that has a negative to say about her, even in the fiercest competitions,” longtime friend Michael Gibson said per NBC 9 News. “She was literally the most caring, that’s so stereotypical, but so caring. Off the bike, she could separate herself from the bike. She would ask you about your family. She met my mom years ago and one day she’s like ‘how’s your mom?’ She’s that kind of person. Just takes great interest in the deepest parts of you.”

Michael Inglis also had a strong plea for all drivers out there.

“Get off your phone…Quit drinking and driving,” Michael Inglis said per NBC 9 News. “If you’re going to get high, stay home and don’t bring it on the road…I want people to pay attention when they’re driving. I don’t want people to change their attitude toward going for a ride.”

Per NBC 9 News: “According to the arrest affidavit, Inglis’ husband reported that he and his wife were riding in the bicycle lane, which was clearly marked by a solid white line. He reported that his wife was 100 meters in front of him when a black Nissan sedan going eastbound came close to hitting him and then hit his wife, the affidavit says.”

Lakewood Police stated that “(t)he driver of the vehicle, an adult male, remained on scene. The driver has been identified as 29-year-old Ryan Scott Montoya of Denver. He is currently being held at the Jefferson County Jail on several charges, including suspicion of Vehicular Homicide involving DUI or DUID”.

Prayers up to the Inglis family, the cycling community, and everyone effected by this horrible tragedy.