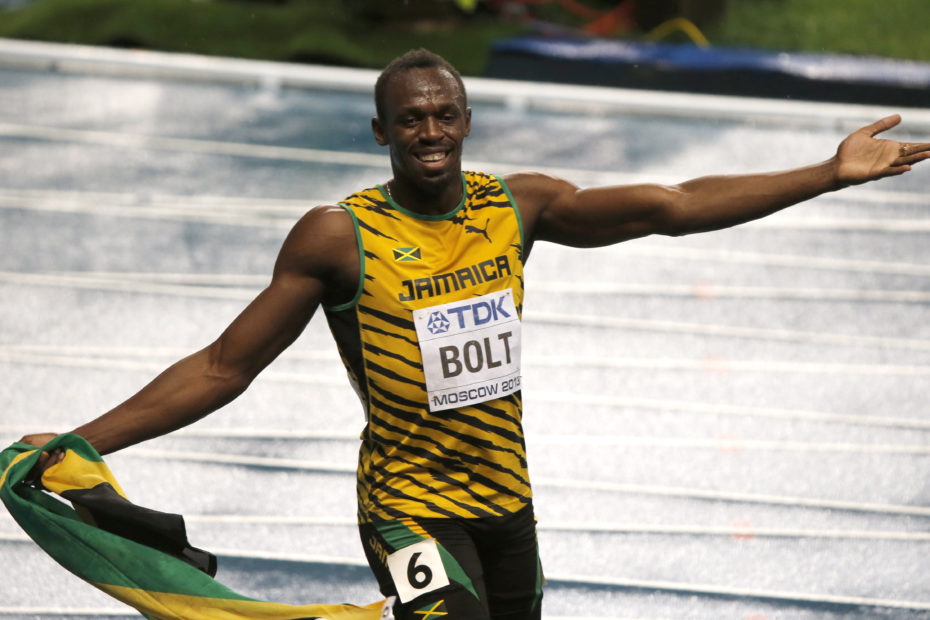 World-renowned track and field star, Usain Bolt, announced the birth of his twin sons this Father’s Day via an Instagram post.

The post entails a portrait of his young family, alongside a caption that reveals the names of his newest children. Bolt is sitting next to his partner, Kasi Bennet, while their daughter, Olympia Lighting, is perched in front of the couple.

The two newborn sons, named Thunder and Saint Leo, are to the left and right of their parents. Saint Leo is Usain’s middle name.

Although the post did not offer when the children were born, the world does get to hear the boys’ outstandingly fitting names.

Bennet, who has been with the Jamaican sprinter since 2014, according to SportsKeeda, also drafted her own Instagram post in which she exclaimed her endless love to the runner. She wrote, “Happy Father’s Day to my forever love!” and ended the comment with, “You are the rock of this family and the greatest daddy to our little ones. We love you world without end!”

Bolt should be looking forward to many more peaceful Father’s Days, considering he will no longer be participating in track and field events following his retirement in 2017. This year’s Olympic Games, which are taking place in Tokyo, Japan next month will be historic because it will be Usain Bolt’s first time not running on the Olympic track since 2000.

Bolt told CNN in an interview that he looks forward to being a spectator rather than a runner moving forward. He said, “I’m definitely excited to be in the stands,” and added, “I’ve never got an opportunity to really watch Olympic Games, to either go [watch] swimming, the soccer or just to see all the events. So I’m excited to actually get the chance to really experience Olympics like a true fan.”

Bolt still holds multiple records that deem him as the fastest man in history. At the Berlin World Championship in 2009, Bolt completed the 100-meter sprint in 9.58 seconds, setting the world record. In addition, Bolt also holds the world record for the 200-meter, which he completed in an outstanding 19.19 seconds.

Fatherhood will definitely offer the 34-year-old runner new opportunities for accomplishments, but Bolt holds his athletic achievements to a very high regard. In the world of professional athleticism, his eight gold medals hold merit.

“It’s always going to be the [Olympic] gold medals,” he said to CNN. “I think that’s what really stamped my authority on the sport, you know what I mean, I showed my dominance throughout the years.”