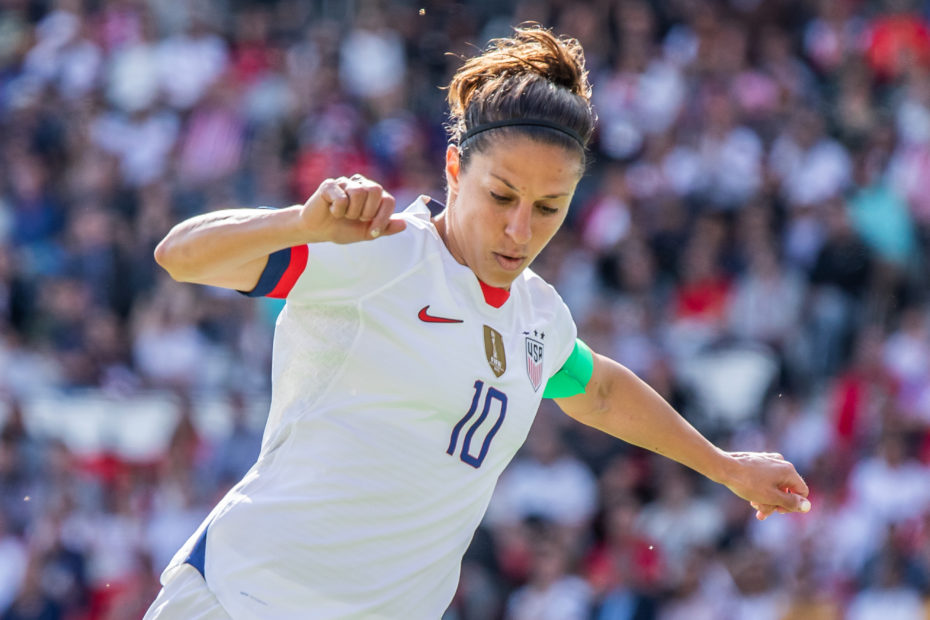 Thirty-nine-year-old soccer player, Carli Lloyd, has said her professional playing career is coming to a close after she plays four soon to be announced fall-friendly matches with the United States and finishes the remainder of her season with the National Women’s Soccer Team with NY/NJ Gotham FC.

“When I first started out with the National Team in 2005, my two main goals were to be the most complete soccer player I could be and to help the team win championships,” the legendary soccer player offered in a statement.

She commented, “Every single day I stepped out onto the field, I played as if it was my last game. I never wanted to take anything for granted, especially knowing how hard it is to get to the top, but even harder to stay at the top for so long.”

Lloyd is largely regarded as one of the best soccer players to ever live. She holds 312 caps, which is the second-most in all United States history, behind  Kristine Lilly. The incredible athlete is also one of four players to internationally represent her country more than 300 times and is the top United States Olympic scorer. Additionally, she has a winning percentage of 88. Needless to say, Lloyd is a beast on the field.

Carli Lloyd is ‘grateful’ to have represented her country

The 39-year-old continued her statement with the sentiments, stating, “I would like to thank U.S. Soccer for helping to provide the opportunities and memories that will last a lifetime. I am forever grateful to have represented the crest and to be able to play for my country for the last 17 years,” and even went on to include that she will be cheering on the next generation of soccer players that come after her.

“To end my career knowing my family was able to be by my side and share this last chapter with me could not have been any more special. We will all have a lot more time to spend together now, and especially with my husband Brian, who has been my rock and biggest support system for all these years. We are both looking forward to starting this next chapter of our lives without my everyday grind of training and playing,” Lloyd wrote.

She then went on to joke that she might have to take up golf in order to appease her competitive nature.