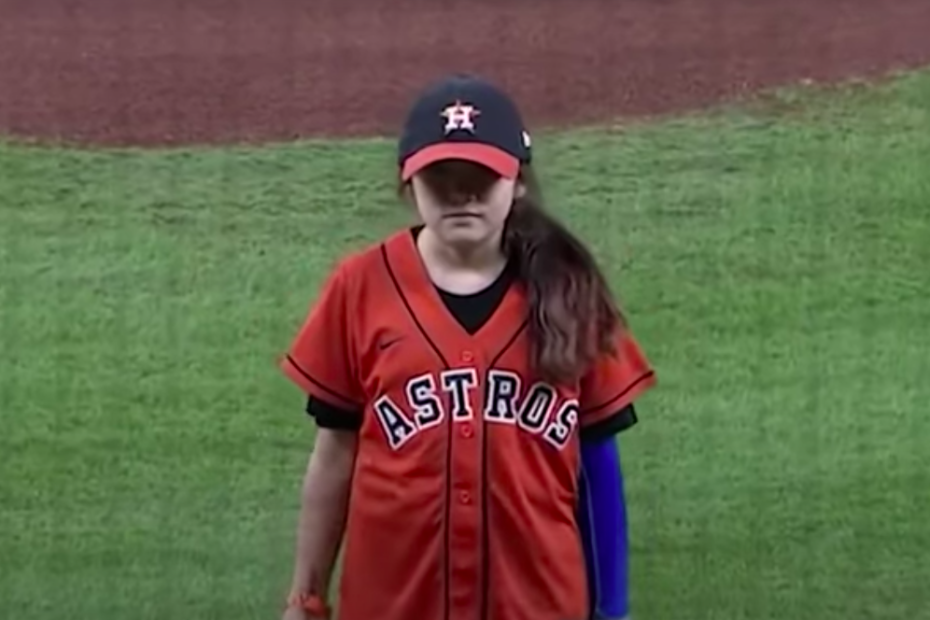 One month after being released from the hospital, Mayah Zamora, a survivor of the 2022 Robb Elementary School SHooting in Uvalde, Texas, was honored at an MLB game between the Houston Astros and Minnesota Twins.

The child was given the opportunity to throw the ceremonial first pitch at  Minute Maid Park, a change made possible by the Correa Family Foundation, a nonprofit founded by former Astros shortstop Carlos Correa. Given the fact that Zamora herself is a softball player, to be able to throw the opening pitch of a three-game series event was a truly memorable experience.

She stood tall and mighty, sporting an orange Astros jersey and a matching hat. The survivor attended the game alongside her parents Christina and Ruben Zamora and her two brothers.

In May of 2022, a gunman opened fire at Robb Elementary School in Uvalde, Texas, taking the lives of 19 students and two teachers. Since the incident,t eh Houston Astros have been outspoken about their support for victims and have dedicated time and energy to supporting them through the crisis. In July, the team paid their respects at the site of the harrowing shooting and held local events to support the community in their time of need.

Among the survivors was Mayah, who endured a 66-day stay at University Hospital in San Antonio. At the age of 10, she had to undergo  20 surgeries before she could be released on July 29th. During her stay, her softball team was able to raise $4,000 dollars to help fund her medical costs.

In addition to her softball team, the Correa Family Foundation also dedicated funds to Mayah and her family and announced they had plans to provide the Zamora family with a new home. According to the foundation’s president, Dr. Ricardo “Ricky” Flores, the family discussed the fact that they lived only miles away from the shooter and felt uncomfortable in their current residency.

As of now, her family is in the process of finding a new place to live and the foundation will ensure that their new home is fully furnished to accommodate the needs of 10-year-old Zamora.

“We are thrilled to have so many friends and collaborators who are willing to come together and help us provide this gift to Mayah and her family,” Correa shared in a statement, according to Good Morning America. “I could never begin to imagine everything she has gone through, and we feel that this is one thing we could do to try to alleviate some of her pain. I’m thankful to both teams for being a part of this effort.”