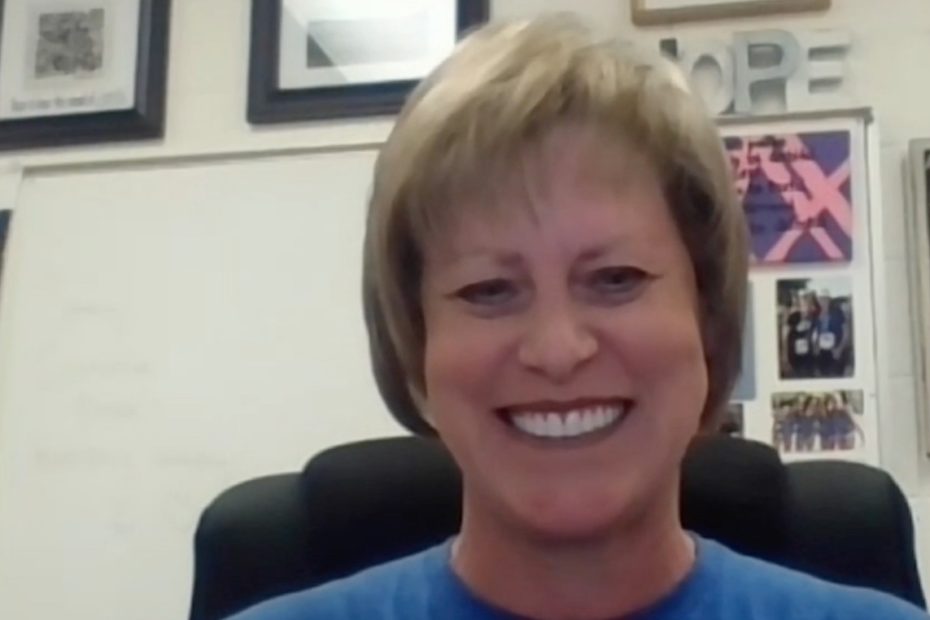 In 2018, 52-year-old Vicki Bunke went through one of the worst pains a parent can ever experience: losing a child. A mere week before her 15th birthday, Grace Bunke sadly lost her battle with osteosarcoma, which is a type of bone cancer. Following the passing of her daughter, the Georgia-based mother made a promise that she would carry out Grace’s legacy by swimming cross country to honor her teen’s love of sports.

“She was super adventurous,” Vicki stated in reference to her daughter. “Even during her cancer treatments and through her illness, we were still the ones who had to set limits with her… we didn’t want to hold her back, but you know, just being in terms of what was safe for her to do.”

Prior to Grace’s treatment at age 11, she thoroughly enjoyed track and field events. Due to her illness, it made it increasingly difficult to have movement in her legs. After a rotationplasty, which uses a backward foot to stimulate knee movement, Grace took to swimming because it was easier on her body while she waited to return to running. However, she fell in love with the art of swimming.

“There’s something different about being in the water versus running around a track. So I think that it really kind of gave her spiritual kind of emotional strength,” explained Grace’s mother. “She just had this attitude [of] we’re going to get through this and I can’t wait to get back.”

While in treatment, Grace Bunke got involved with a nonprofit organization that works to raise money for cancer research called Swim Across America. SAA routinely holds swimming events that attempt to increase donation numbers and right before her 15th birthday, Grace was supposed to be present at one. Grace passed away before she was able to participate in the upcoming swim meet for the organization and asked her mother of one thing in her final days: to compete in the event.

Since this request, Vicki can not stay away from the water. “I committed to swimming in 14 open water charity events with Swim Across America to honor the 14 years at Grace lived on this earth,” said the 52-year-old. “Grace also swam in 14 swim meets in her entire life. So we’ve labeled it appropriately: the Amazing Grace Swim Across America tour. And I have completed four of them. I have ten to go.”

RELATED: 20 Of The Best QBs Of All Time

Vicki also commented that this has transferred her sportsmanship, as she was never inclined to swim before her work with SAA. “I was not a swimmer before this all happened,” Bunke offered. She went on to explain, “I knew how to swim and grew up with a pool, but I’m a little bit claustrophobic and I don’t like putting my face in the water… I credit Grace for inspiring me and giving me the courage to do something that’s really difficult.”

The Bunke family has raised over $80,000 since participating in the events, and there are still 10 more upcoming swim meets in cities such as Chicago, Denver, St. Louis, Seattle, Dallas, Baltimore, and Atlanta. With all the hard work Vicki has put in, she hopes her daughter is continuing to cheer her on.

“We feel like heaven is cheering us on,” Bunkle stated. “You can’t have a better cheering section than heaven. Grace had the best laugh, the best smile, so I think she’s smiling… and not only cheering me on, but she’s showing up at each of the events in small ways.”

Vicki Bunke reveals the other reasons she swims

In an essay, Vicki wrote to her Swim Across America page, the mother went in-depth about her passion for this project. In a harrowing tone, Vicki wrote, “I am swimming for a better future in which mothers like myself no longer have to say goodbye to one daughter at the hospital only to drive home to break the heart of their other daughter.”

Bunke additionally included the sentiments, “I am swimming because I want to be like Grace and Caroline. I want to hold firm to faith, love, courage, selflessness, and above all, hope. Swimming helps me to continue to choose hope over despair. And if I continue to choose hope then Grace will never be gone. And that’s because as Grace taught us all…Hope Has No Finish Line.”