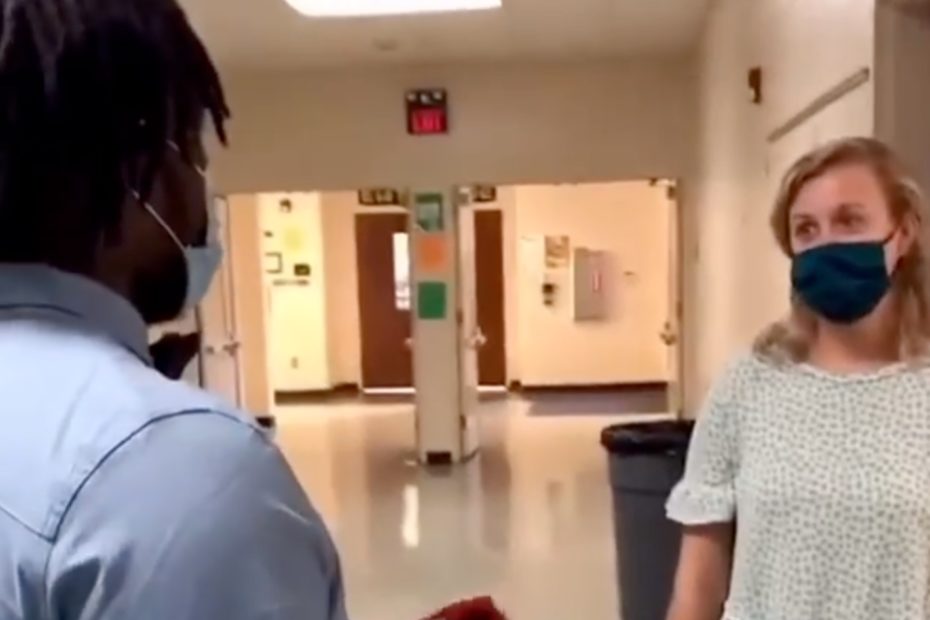 At South Central High School in Winterville, North Carolina, a viral video took place when a senior student gifted his jersey to a teacher that had impacted him throughout his education experience.

The football team at South Central High School, the Falcons, had the brilliant idea to show their appreciation for the teachers that have dedicated their lives to bettering the education of children. While it is typically more common to give a teacher a gift card or perhaps a note, the varsity football team decided to pay homage in a significantly personal way.

An athlete’s jersey represents so much more than a number and last name. The jersey is an extension of the athlete and a reminder to have accountability for oneself. To have and wear a jersey means to be uniform with a team, which is often achieved through hard work and dedication.

So, for an athlete to extend this piece of themselves to a non-team member, the action holds merit. That is why it was especially heartwarming for the student-athletes at South Central High School to want to gift their teachers with their game day jerseys.

In a video shared with SportsCenter, the action is depicted in detail. Brian Hardy, class of 2022 at SCHS, approached his previous teacher, Becky Jernigan with his jersey. Written from the perspective of the teacher, the video subtitles read, “Today our senior football students started a new tradition. They presented their game day jersey to a teacher that impacted them the most through high school.”

“This is my old student Brian asking me to wear his jersey and thanking me for making an impact on him,” the teacher shared in the video. Then, she can be seen visibly emotional and holding back tears before she pulls him into a warm hug. Evidently, the action made that teacher’s day!

The video ended up sparking a sea of comments under the post, some hilarious and some lending appreciation to the teachers who dedicate their lives to educating others.

“That’s amazing. Teachers make more of an impact than they know,” one commenter wrote on Instagram before detailing their own personal experience with a teacher. They revealed that they had a teacher that, “made learning history so much fun and risked her career to influence us to learn outside the books. She never liked going by what a book said; so she went with what was facts. I still talk to her and it’s been 17 years. Love her dearly.”

However, some comments under the video were more lighthearted. A former football-playing student joked, “Our jersey still smelled like last week’s game when I was in school so we couldn’t do this.”

As of Thursday, the video has over half a million likes and has surpassed three thousand comments.