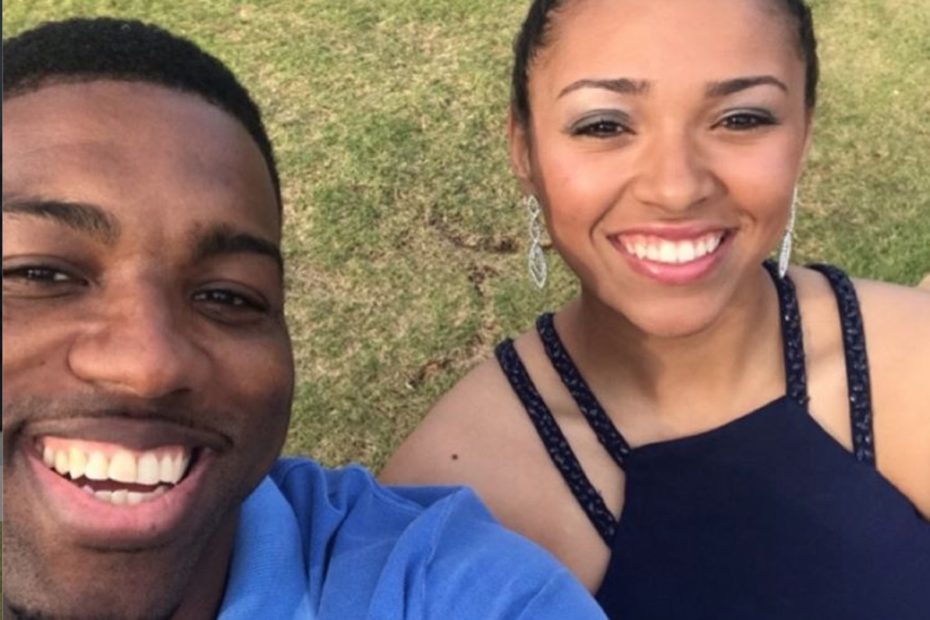 UFC’s Walt Harris Prepares For the Fight of His Life, And He’s Doing So With His Late Stepdaughter In Mind

UFC’s Walt Harris Prepares For the Fight of His Life, And He’s Doing So With His Late Stepdaughter In Mind

On May 16, Heavyweight UFC fighter Walt Harris will take on Alistair Overeem at Jacksonville arena. For Harris, this could be the fight that puts him on the map and he’ll have a guardian angel on his shoulder as he competes for the heavyweight title.

Less than a year ago, in October 2019, Harris’s 19-year-old stepdaughter Aniah Blanchard was driving from her home in Birmingham, Alabama back to her school in Auburn. The trip, as ESPN’s Tom Rinaldi reports, is approximately 100 miles one way.

Sadly, Aniah never made it back to her University. Instead, she was brutally murdered, her body left in a remote part of the woods off the side of a road for authorities to find, which they did a month later.

“Aniah would call me every day,” Harris told SportsCenter. “And if she didn’t call, she would text. So I knew it wasn’t just she went out, stayed out late. I knew it was more dire than I think police at the time even recognized.”

Three days after she disappeared, on October 26, 2019, Aniah’s car was discovered abandoned, ESPN reports. It was found just an hour from her apartment in Montgomery, Alabama.

RELATED: Tampa Bay Rays Minor League Pitcher Blake Bivens Recalls the Moment He Learned His Baby, His Wife, and His Mother-in-Law Were Killed By Gunfire

Then police released a clip of surveillance video from a gas station in Auburn. The clip showed Aniah walking through the convenience store, and another clip from that same surveillance camera would give police their top suspect.

Also seen on the surveillance footage was a 29-year-old man named Ibraheem Yazeed. He was arrested on November 8 in connection with Aniah’s disappearance and charged with two counts of capital murder. According to ESPN, at the time of his arrested, Yazeed was already out on bail on multiple charges including attempted murder.

On November 20, Harris locked eyes with his daughter’s alleged killer for the first time as they sat in an Alabama courtroom. Harris told ESPN, it took everything in him not to react.

“It took everything I had in me not to jump over that banister,” Harris said. And when he was asked why he didn’t, the grieving father said,”It’s not about me.”

“It’s about my daughter and getting justice for my daughter. And anything remotely that deters that I don’t want.”

Five days after seeing Yazeed in handcuffs, Harris endured the worst day of his life. On November 25, 2019, authorities found Aniah’s body, in a wooded area halfway between Auburn and Montgomery.

That day Harris received a photo from the police of the boots Aniah was wearing when she was found. They were the boots he had just bought for her.

“That was the worst day of my life.”

As USA Today reported, during the last minutes of her life, Aniah fought to survive. After spotting Yazeed’s gun, she went for it in an attempt to protect herself.

“The subject further advised during a subsequent conversation with Yazeed, Yazeed admitted to shooting a girl, and stated the girl ‘went for the gun,'” court documents stated.

Harris admitted that there were days he didn’t want to wake up and that he turned to drinking and self-medicating as a way to cope with the hurt and loss of it all. Then he had a dream that changed everything for him.

“I vividly remember having a dream. She just hugged me and told me, ‘Daddy, I’m okay.’ And from that day on I went in the opposite direction.”

Now Harris Is Fighting for Aniah.

“I’ve seen the worst thing a human could possibly see. So there’s not a thing a man in a cage can ever do to me.”

As Harris told ESPN, being strong is how he makes a living, but after tragically losing his daughter, strong has taken on another meaning. “Strong use to just mean resilience. I see it in a different light now. I got to be strong for my daughter. She needs me to keep being strong.”

1 thought on “UFC’s Walt Harris Prepares For the Fight of His Life, And He’s Doing So With His Late Stepdaughter In Mind”