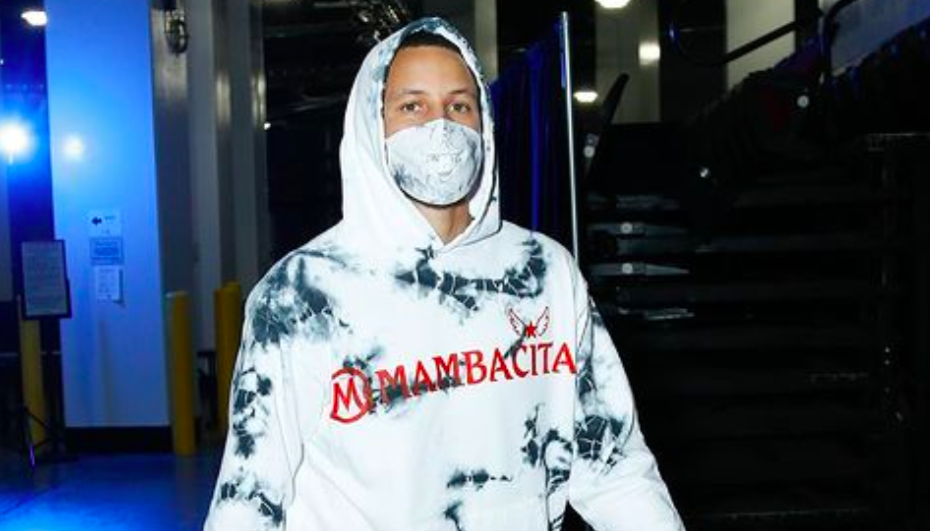 In a touching tribute, Golden State Warriors players wore “Mambacita” sweats before their game in Houston against the Rockets.

According to People’s  Maria Pasquini: The Golden State Warriors found a special way to remember Gianna Bryant. Before their game…the team was photographed wearing items from a new collection of apparel honoring Gianna, which was released over the weekend in honor of her 15th birthday.”

In an Instagram post, Steph Curry shared how he wanted to carry on Gigi’s legacy: “The legacy lives on #2!” Curry said in the Instagram post. “Happy birthday Gianna 🙏🏽 honored to celebrate you & all that this beautiful game meant to you #PlayGigisway @mambamambacitasports“.

Vanessa Bryant appreciated the gesture, thanking the Warriors and wishing her daughter a happy birthday.

Here’s what Warriors players said about wearing the sweats and honoring Gigi, carrying out her legacy:

“It’s tough because it’s obviously a reminder of what happened but it’s also a celebration of Gianna’s life and what the game of basketball meant to her and carrying that legacy on in her honor,” Curry said as transcribed by People. “I was honored and I know the whole team was to be a part of celebrating her. The foundation’s going to do some amazing work in her honor.”

You can also purchase your own pair of the “Mambacita” sweats with “100% of the proceeds going to the Mamba and Mambacita Sports Foundation, according to a Mamba & Mambacita Foundation Instagram post.

You can also donate to the Mamba and Mambacita Foundation here.

The foundation, according to its site, “is a nonprofit organization dedicated to creating positive impact for underserved athletes and young women in sports. Founded through the vision and loving memory of Kobe and Gianna ‘Gigi’ Bryant.”