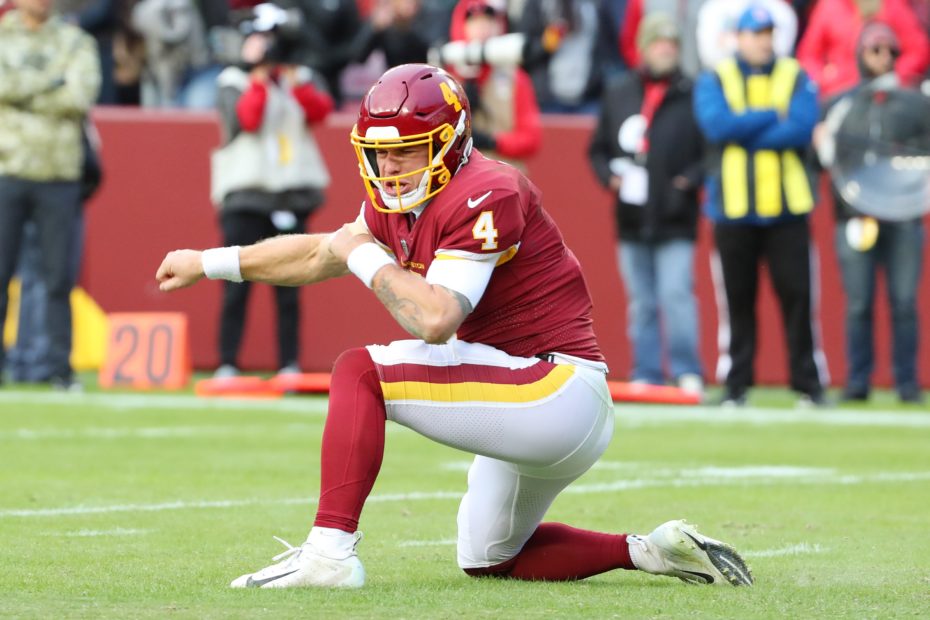 After an 18-month search for a new name, the Washington Football Team will take the field next season as the Washington Commanders. Other names that were considered for the 90-year-old franchise included the Armada, Presidents, Brigade, Red Hogs, Red Wolves, and Defenders.

The Washington Commanders were forced to change their name after heavy criticism over their Washington Redskins moniker, which many people viewed as racist despite the name being used since 1937. It was an easy decision that was long overdue in the NFL community.

They immediately adopted the Washington Football Team name after parting ways with the Redskins moniker in July 2020, but finally have a new, sustainable name that fits this franchise to a ‘T.’ It’ll take some getting used to, but the Washington Commanders are here to stay.

Jason Wright, Washington’s team president, appeared on the ‘TODAY’ show to make the announcement. Despite it taking 18 months, he felt this was the right decision for the franchise, stating, “it’s a name that has the weight and meaning befitting a 90-year-old franchise.”

“It’s something that broadly resonated with our fans and it’s something that we believe embodies the values of service and leadership that really define the DMV and this community. It’s also something importantly that we can own and grow for the next 90 years,” Wright added.

The Washington Commanders Has a Nice Ring to It

Personally, I love the new Washington Commanders moniker and I think it’ll only get better as we grow accustomed to it. Jonathan Allen, one of the team’s captains, has already voiced his pleasure with the team name and is ready to take the field as a Commander next season.

“I loved it. I absolutely loved it. I feel like it really embodied not only what the players represent but also what this community and the DMV represents,” Allen said after wearing the uniform for the first time. “We’re gonna support it and we’re gonna go forward with it. We’re excited about the future.”

Despite the name change, the Washington Commanders will still rock the burgundy and gold uniforms that are synonymous with the franchise. They’re also still working with fans to produce a new fight song and mascot, which would complete the franchise’s branding overhaul.

That overhaul didn’t come without some leaks recently. For example, Joe Theismann accidentally revealed the Commanders’ new name in a radio interview on Monday before walking back his comments. There were several others that spilled the beans a little too soon.

The Commanders Are Ready to Turn the Page

After the criticism over the racist name, being fined by the league for unprofessional behavior in the workplace, and seeing owner Dan Snyder pushed to a lesser role as a result, the Washington Commanders finally have some good news to use as momentum for next season.

YOU MAY ALSO LIKE: Tom Brady Retires From Football After 22 Seasons

Now that the team finally has a sense of identity, the league better watch out. They’re one quarterback away from really contending in this league and it won’t take them long to find one, especially with all the quarterbacks looking to change teams and the draft quickly approaching.