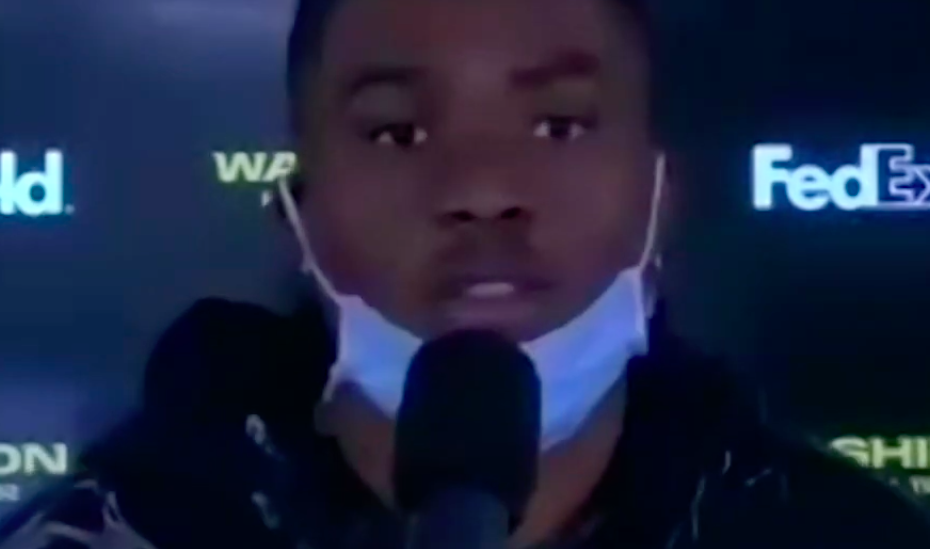 Dwayne Haskins was drafted in 2019 by the Washington Football Team in the first round, bringing the Ohio State Buckeye back to suit up in his home state’s NFL team Haskins played high school football in Maryland.

Yet, a series of events transpired recently that would move the quarterback from that driver’s seat to, well, eventually not on the team, at all.

According to The Washington Post, “The Washington Football Team disciplined quarterback Dwayne Haskins after it became aware of photos and videos that surfaced on social media showing him partying indoors while not wearing a mask following Sunday’s (December 20) loss to the Seattle Seahawks…the images showed Haskins dining with a large group at an Oceanaire Seafood Room restaurant and then dancing in what appeared to be a club”.

Washington’s head football coach, Ron Rivera, reportedly spoke to his quarterback the day after the incident and would work with the NFL to handle the matter internally, according to The Washington Post.

News later came out that Haskins was fined $40,000 by the team, according to The NFL Network, which “is the largest known fine for a player for a COVID violation – more than half of Haskins’ weekly paycheck”.

On top of that, Haskins’ captaincy was also taken away per the NY Post.

The news on Haskins was upsetting to respected NFL men around the league, as compiled by The Washington Post:

Haskins publicly apologized for his actions via a Tweet according to USA Today:

“I want to publicly apologize for my actions this past Sunday (December 20),” Haskins said in the Tweet as per USA Today. “I spoke with Coach Rivera yesterday and took full accountability for putting the team at risk. It was irresponsible and immature of me and I accept responsibility for my action. I also want to apologize for creating a distraction for my team during our playoff push.”

On December 28, The Washington Football Team released Haskins according to the NFL.