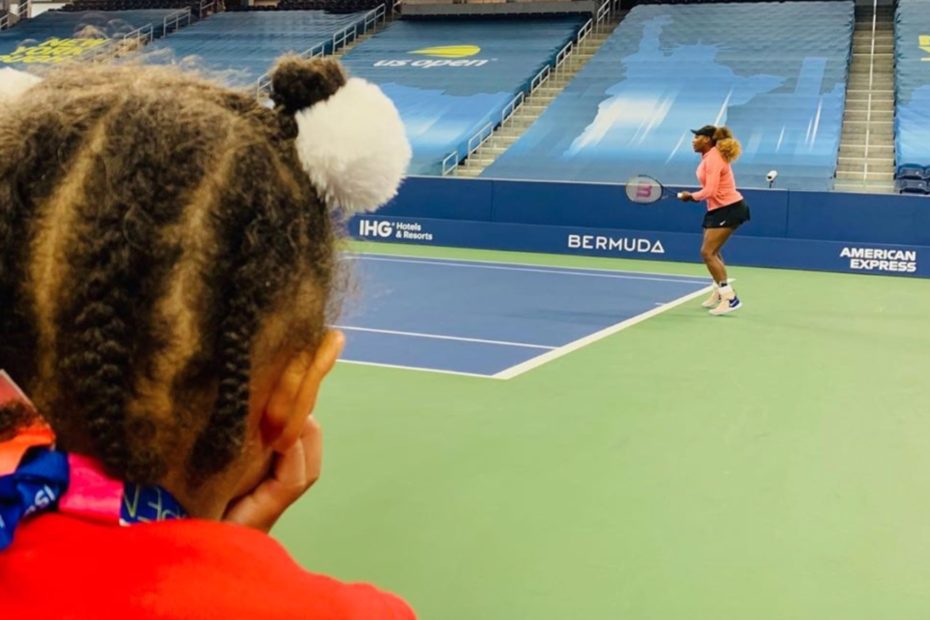 I understand the world of sports isn’t the place people often go to for their daily dose of cuteness, but just wait until you see this video of Serena Williams‘ daughter, Olympia, getting her mom’s attention while she was on the tennis court.

On September 5, Williams took on Sloan Stevens in the third round of the U.S. Open. The living tennis legend beat Stevens in three sets.

However, perhaps the best part of the match between Williams and Stevens was the interaction Williams and her daughter had during one of her water breaks. While fans are not allowed in the stands during the matches due to COVID-19 and social distancing efforts, certain family members are.

So Williams’ husband, Alexis Ohanian, and their 3-year-old daughter sat happily in the first row, watching their best girl take down her latest opponent. But while the tennis star may have been locked into her match, that didn’t stop her from engaging with Olympia during one of her breaks.

On September 1, the apple of Williams’ eye turned 3 years old, and the little girl got to celebrate by watching her mom compete for what will be her 24th Grand Slam win. Just take a look at this beautiful moment:

And At The Buzzer agrees with ESPN, “This moment is so pure.” As the video shows, Alexis points out Williams to their little girl and as soon as she spots her, Olympia starts to point as well. Her face then lights up and she looks up at someone to let them know that’s her “mama.”

The camera then pans to Williams who is on the court taking a water break. The incredibly proud mama then waves enthusiastically at her baby girl when she realizes Olympia had spotted her.

Williams is set to continue her U.S. Open run on September 7 against Greece’s Maria Sakkari in the Round of 16.