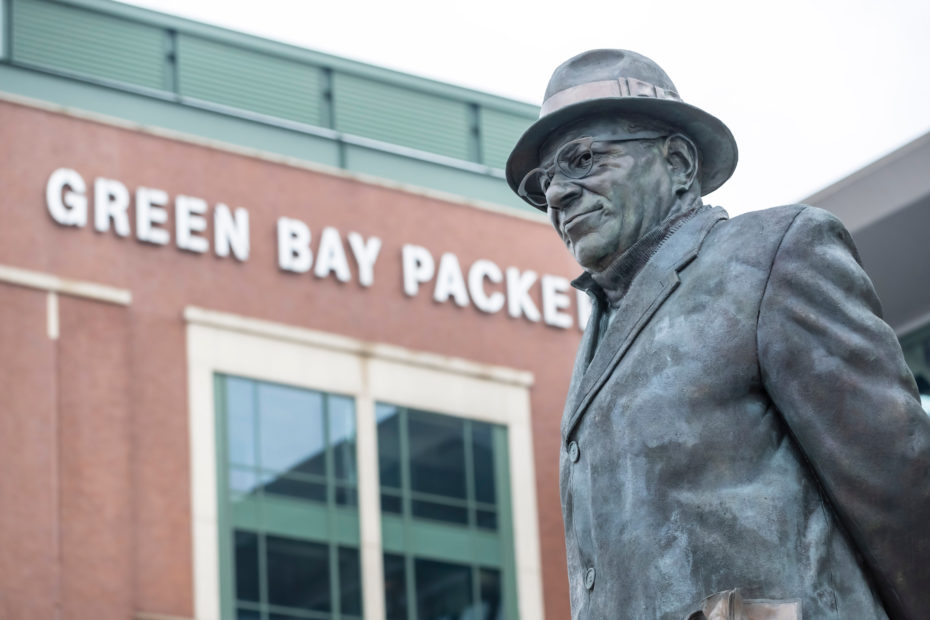 10 NFL Teams With The Most Hall Of Famers

Have you ever wondered, “What NFL Team Has the Most Hall of Famers? Well, then you’ve come to the right place.

One of the many goals any professional athlete could have is winning the major title in their sport. Whether it be an individual or team sport, it’s an honor they put work in, hoping to achieve. And no matter the sport, whether the hard work helps lead to titles or not, there are buildings throughout the country housing memories in the form of Hall of Fames. If you’re a pro athlete and your name gets into one of these places, look ma, you made it! Your name’s etched in history as one of the best to ever play your sport.

The NFL is no different. And Canon, Ohio is synonymous with the NFL’s Hall of Fame, the Pro Football Hall of Fame. If you’re an NFL player and you want to be one of the best at your position, the goal is Canton.

RELATED: 15 of the Best Undrafted NFL Players If They Were All on One Team

With this top 10, we’re going to be looking at the teams who’ve had the most Hall of Fame players on their rosters throughout the years. Take a wild guess at who’s first.

Now, granted, there are players who may have suited up on your favorite team but it was just for a season or two (maybe even more). You may have been super excited to have Hall of Fame talent on your squad. Who wouldn’t?! It not only helps in making your team better but also helps in adding to the potential of making this list with more Hall of Famers on the roster.

Thanks to the Pro Football Hall of Fame’s Evan Chronis who compiled “What NFL Team Has The Most Players In The Pro Football Hall Of Fame” (with the list last updated per the site on March 23, 2021), which was a good reference in the list below to which teams can truly say they have the most Hall of Famers. Chronis also listed how many Hall of Famers each team had and the years they played for the specific team. Those numbers and years are in parenthesis below.

What NFL Team Has the Most Hall of Famers? Here Are the Top 10

How ’bout them Cowboys. The team that will be featured in Hard Knocks this year, per NFL.com’s Nick Shook, will be who some considered ‘America’s team’. And America will get to see an historic franchise that’s been filled with Hall of Famers hoping to roster even more, starting in training camp. From Bill Parcells to Emmitt Smith to Deion Sanders to Michael Irvin to Troy Aikman to Roger Staubach to Tony Dorsett to Jerry Jones (owner of the team)…even Mike Ditka and T.O. again, the Cowboys have seen some of the best players in the sport wear the blue and white.

Formerly known as the Oakland Raiders, Vegas is seeing a franchise that obviously has a strong fan-base, not only in the Bay Area but all over. They’re also seeing a team that’s had storied success throughout the years in having Hall of Fame-caliber players rock the black and silver.

Charles Woodson and Tom Flores are 2021 Hall of Fame inductees and will soon be joining the likes of Al Davis, Fred Biletnikoff, Howie Long, Jerry Rice, John Madden, Tim Brown, Marcus Allen, and Warren Sapp as players who’ve been on the team. These are names Raiders fans get fired up about and are pumped to say they donned their team’s colors.

The Niners are tied with the Oakland Raiders with 28 Hall of Famers and this fanbase, although Raider Nation was happy to have one of the best receivers of all time on their roster for a few years, you may most know Rice from his storied career with San Francisco. The guy who threw the ball to him? Joe Montana. Those two right there go down as one of the best quarterback-wideout duos the league has seen.

The 49’ers also rostered players that Cowboys, Rams, and Vikings fans would be like, “Hey, that’s our guy!” in Deion Sanders (1994), Randy Moss (2012), and Isaac Bruce (2008-2009). You’ll see there’s a theme on this list where good teams recognize good talent and even if it’s just for a year or more, they’ll want that future Hall of Famer on their team. Ronnie Lott, Steve Young, Y.A. Tittle, and Bill Walsh all played for this franchise. Oh, and so did T.O. (1996-2003). Again, another one-of-the-best-receivers playing on the team he played a bulk of his career with.

Terry Bradshaw, Mel Blount, Mike Webster, Jerome Bettis, Chuck Noll, Bobby Layne, Art Rooney, Lynn Swann, Walt Kiesling, Donnie Shell. All these names and more were some of the best in the game for this historic franchise. A franchise that is tied for most Super Bowl wins of any NFL team (with the New England Patriots) per Statista.

The New York Giants are going through some things when it comes to wins and losses on the field. But don’t get it twisted, this is a franchise that historically knows how to win, how to win a Super Bowl, and how to roster talented dudes. Hall of Fame caliber dudes. From Kurt Warner (2004) to Michael Strahan to Alphonse ‘Tuffy’ Leemans to Andy Robustelli to Frank Tarkenton to Jim Thorpe (1925) to Lawrence Taylor to Roosevelt Brown, the Giants roster is usually in good hands. You’ve also heard this name on this list already: Bill Parcells.

Tim Mara (the original owner of the team per Pro Football Hall of Fame) and Wellington Mara are also in the Hall of Fame.

In life, you have to start somewhere and for the Giants, get this. Tim Mara, per the Pro Football Hall of Fame, “paid $500 for (the) Giants franchise (in) 1925…Mara had known hard times as a youngster so, when New York Mayor Jimmy Walker approached him in the depression year of 1930 about playing a charity exhibition game, he quickly agreed. The Giants defeated the Notre Dame All-Stars, 21-0, and Mara unselfishly turned over a check for $115,153 to the New York City Unemployment Fund.”

While Eagles fans are proud that one of the best defensive players to ever play football donned their colors, Packers fans are also proud as fans may remember Reggie White most playing with the Packers. Not only was White incredibly talented in what he did on the field sacking the quarterback, he was one of the most classy gentlemen in the league, a man of faith in Christ, a man of family, a man who gave back to the community.

From a Packers’ original quarterback like Bart Starr to one of the franchise’s best in Brett Farve to Earl ‘Curly’ Lambeau whom the historic stadium was named after, Green Bay also can say the trophy every team vies for was named after one of theirs, as well: Vince Lombardi. Easily one of the best coaches in the game’s history.

Woodson (2006-2012) is another player where Raiders fans and Packers fans alike will be tuning in to see their guy take the stage next month in Canton.

Tied with the Packers and Washington Football Team at 32 is the LA Rams. And hey, here’s another team where there’s a fanbase in another city who’s proud to have these guys don their team’s colors except for a different reason. St. Louis saw this team in their city and the franchise has a Super Bowl with Warner at the helm. And you know where even more fans can still call this team its own technically? Cleveland (per Chronis). Even though there’s the Cleveland Browns now, there was once the Cleveland Rams.

Even Jerome Bettis (1993-1995) and Joe Namath (1977) played for this team. You also saw Bruce on this list earlier. The receiver played the bulk of his career with the Rams, winning that Super Bowl with Warner and company.

Another team tied with 32 is the now-named Washington Football Team. According to Chronis, the team was also in Boston for a few years in the ’30’s and Albert Glen ‘Turk’ Edwards, Cliff Battles, George Preston Marshall, Wayne Millner and Ray Flaherty suited up for this franchise when they did play in Boston, being the first Washington Football Team Hall of Famers. Fast forward to the Washington days to Joe Gibbs, Darrell Green, Charley Taylor, John Riggins, Champ Bailey, even Sanders (2000), Andre Reed (2000), Lombardi (1969), this franchise has flat-out seen Hall of Fame-type success. It’s also translated to lots of wins and three total Super Bowls (per Statista) over the years.

Drumroll please…Last but certainly not least on this list is ‘Da Bears’ (that phrase from that SNL skit). The team’s seen 35 Hall of Fame players on its roster, the most of any NFL franchise per Chronis.

You can see the full list of each of the Hall of Famers on these teams at HOFexperiences.com here. And the Hall of Fame also listed how you could attend the upcoming enshrinement week where some of the players on this list will be honored in Canton.

Now go have yourself a Hall Of Fame type day in life today, striving to be the best at your craft.