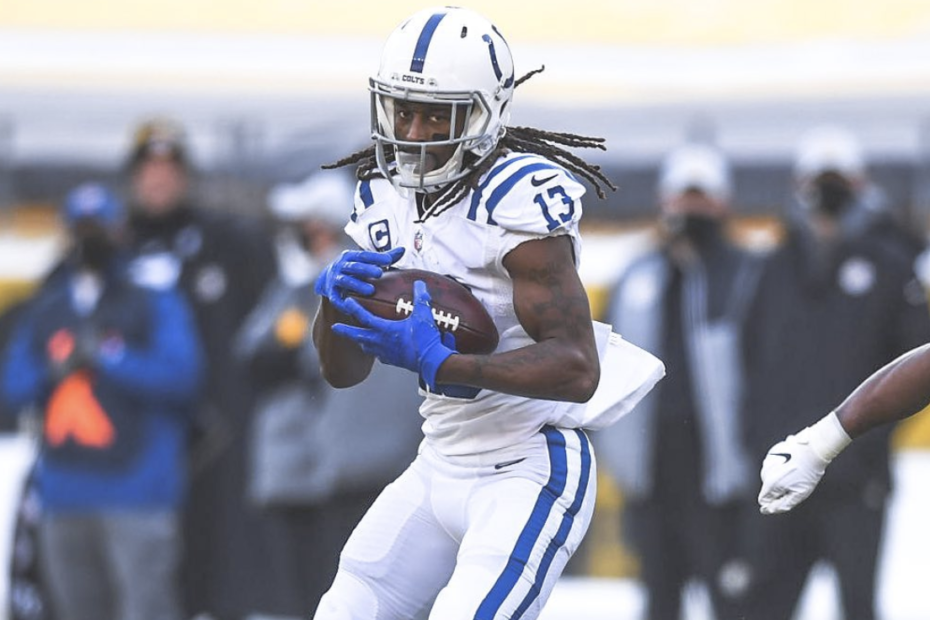 Which AFC Contender Will Miss the Playoffs?

Which AFC Contender Will Miss the Playoffs?

The AFC Playoff Race is heating up, as we have five different teams with a record of 10-5 fighting for four playoff spots. Let’s take a look at how each team can get into the playoffs, and how At the Buzzer thinks the AFC playoffs will look as a result of our Week 17 matchups.

The Dolphins currently sit at the fifth seed and have an 80.5% chance of making the playoffs according to ESPN’s Football Power Index. The Dolphins can clinch a Wild Card spot with a win or a Ravens, Browns, or Colts loss next week.

The Ravens currently sit at the sixth seed and have a 90.0% chance of making the playoffs according to ESPN’s Football Power Index. The Ravens can clinch a Wild Card spot with a win or a Browns or Colts loss next week.

The Browns currently sit at the seventh seed and have a 57.9% chance of making the playoffs according to ESPN’s Football Power Index. The Browns can clinch a Wild Card spot with a win or a Colts or Titans loss next week.

RELATED: Tom Brady Helps Tampa Bay Bucs Clinch Playoffs, First Time Team Has Made Playoffs Since 2007: ‘Ten Wins Gets You Something This Year In The NFL…A Spot In The Playoffs’

Now let’s look at how we think the results of Week 17’s games will impact the playoffs.

The Titans did not look good in their loss against the Green Bay Packers Sunday night, but one must take into consideration that the Packers are one of the top two teams in the NFL. The Texans, on the other hand, have looked awful all season including a loss to the Cincinnati Bengals this past Sunday. While divisional games can often create unexpected results, it’s doubtful the Texans can pull out this upset. The Titans will likely run up the score against the Texans and win to clinch the AFC South Division Title and the fourth seed.

The Dolphins won a barn burner in Las Vegas on Saturday. In a 19 second drive which ended in a field goal to beat the Raiders by only a point, they earned themselves a playoff spot for the meantime. The Bills, on the other hand, are quite possibly a top three team in the NFL right now. Unfortunately for the Dolphins, the Bills will still be competing with the Steelers for the number two seed in the AFC Playoffs and will not be resting their starters.

After how the horrid Raiders’ secondary shut down Miami’s passing game for the most part, I do not see how the Fins can get past the Bills’ elite secondary. The Dolphins will likely lose this game, putting their playoff hopes in jeopardy.

The Ravens have been on fire lately, winning their past four games and catapulting themselves into the sixth seed for now. The Bengals have also been on fire as of late, winning their past two games including a Monday night win over the AFC North Champion Steelers. Many speculate we may see a repeat of 2017 when the Bengals beat the Ravens in Week 17 to knock them out of playoff contention.

This year, however, things will likely be different. While the Ravens have often faltered in big games this year, they have taken care of business against teams they should beat. With the Ravens returning to their 2019 regular season form, they will likely win this game, and with a Dolphins loss, clinch the fifth seed and a Wild Card matchup against the Tennessee Titans.

The Cleveland Browns suffered their most humiliating loss of the season Sunday, losing to the then 1-13 New York Jets. While they were missing players due to COVID-19, this was absolutely a game the Browns should have won. The Steelers won in a thriller this past Sunday, coming back from being down 24-7 with less than 20 minutes to go to win 28-24. With the once undefeated Steelers losing three of their last four games and the Browns have lost two of their past three.

The surging Browns may pull off the upset, but I don’t see it happening. Because the Steelers will be starting Mason Rudolph at quarterback instead of Ben Roethlisberger, I think this game will be closer than if Big Ben was in, but I still don’t think the Browns can topple Pittsburgh. If the Browns couldn’t stop the Jets’ offense, there is no way they can stop this dynamite Pittsburgh offense who is better than New York at almost every position.

The Browns have also had to shut down their facilities with a potential COVID outbreak among the organization. A lack of practice and possibly players spells a probable loss for Cleveland. With the Browns loss, the Dolphins clinch a playoff spot, the door opens for the Colts to take the sixth seed.

As previously mentioned, the Colts are coming off a tough loss to the Steelers after coming into the game riding a three-game winning streak. The Jaguars were destroyed by the Chicago Bears 41-17 this past Sunday, extending their losing streak to fourteen games. With the loss, the Jaguars have clinched the number one pick in the 2021 draft. Jaguars star running back, James Robinson is questionable for next Sunday’s matchup, but the focus should be on Jags quarterback, Gardner Minshew II.

Since the Jaguars will likely draft Trevor Lawrence who will take Minshew’s job, expect Minshew to be competitive next week, as he has a potential tryout of sorts for other teams who may be interested in the second-year quarterback. I doubt, however, that a team that is depleted can beat a surging Indianapolis. The Colts offense is incredibly competitive, and the Jaguars have very few ways of stopping them on defense. I think this game will be more competitive than people expect but the Colts will emerge victorious.

With that, the Colts will move ahead of the Browns in the AFC standings, and Cleveland will miss the playoffs for the 18th straight season.

After Week 17, here are my predictions for the AFC Playoff Picture: