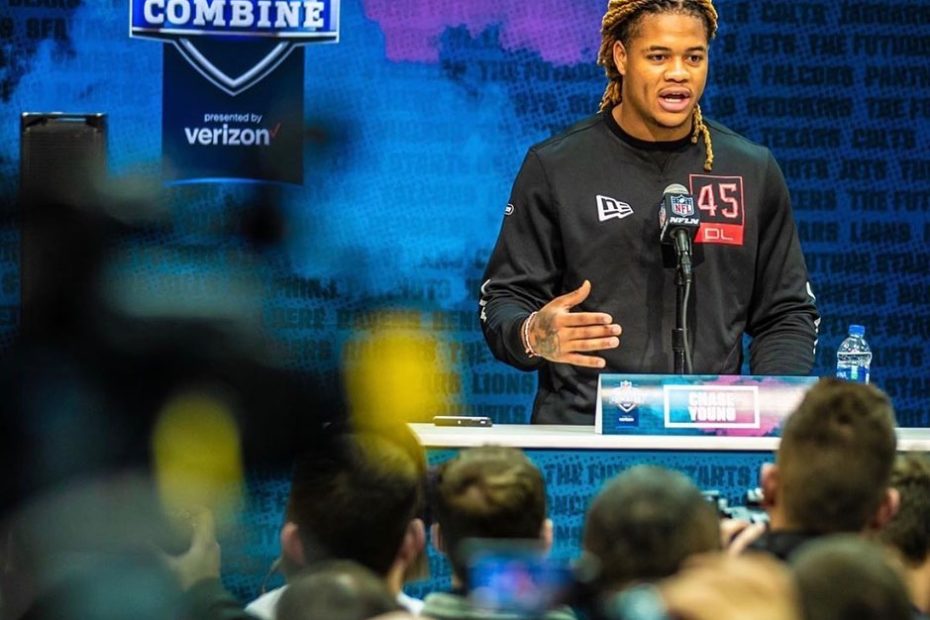 Which Team Should Take Chase Young?

Chase Young is one of the most hyped up pass rushers in a decade. He is supposedly destined to become better than both of the Bosa bros, and throughout the college season has proved that he is the best prospect in the draft. With this being said, which team is the best fit for Chase Young?

While I truly believe that every team should consider taking Chase Young, including the Bengals (who desperately need a quarterback), in my opinion the Giants are the best fit for Young, for numerous reasons.

The Giants roster is filled with promising young talent. Most obviously, Saquon Barkley, a top tier running back who is entering only his third season, and has the potential to be a top running back of all-time. He plays alongside Daniel Jones, a player who the Giants received a lot of hate for drafting however proved his worth last season. Because of their overall youth, if the Giants were to pick up Chase, they would have a collection of young talent which could develop together, meaning the timing works perfectly for Chase and the Giants.

The Giants defense struggled tremendously last season, but Chase could be the player they need. For example, the 49ers in the 2018 season had a terrible defense. However, they where able to make a drastic change by drafting Nick Bosa, a top tier edge rusher. The Giants will most likely not making as large of a jump, but Chase could have a humongous impact in his rookie season, comparable to that of Bosa’s.

So, obviously the Giants would love to draft Chase Young, but what are the odds that he would fall into their hands. At this point it seems like a lock-in that the Bengals are taking Joe Burrow. I also firmly believe that the Redskins will move on from Dwayne Haskins and select Tua. Therefore, assuming those two teams take their quarterbacks for the future, the only team standing in between the Giants and Chase Young is the Detroit Lions, who have reportedly been looking for a Stafford replacement, and could contemplate trading down. When taking all of these things into consideration, it isn’t unlikely that the Giants could end up with the best prospect in the draft.