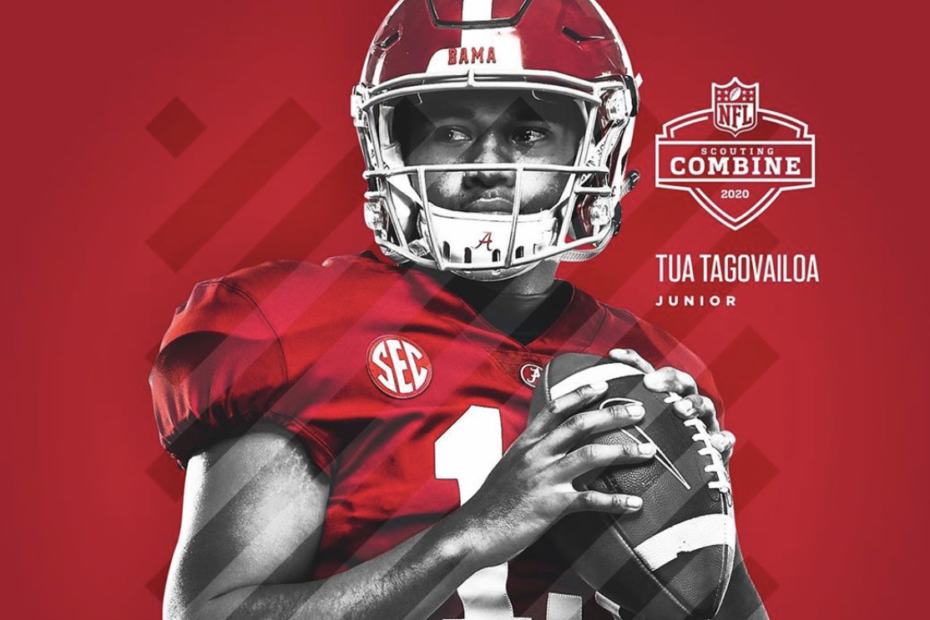 Which Quarterback Should the Miami Dolphins Pick at Number 5?

Which Quarterback Should the Miami Dolphins Pick at Number 5?

Needless to say, the Miami Dolphins are not in a good position right now. Miami was one of the worst teams in the league last year, finishing 5-11 (last in the AFC East) with the statistically worst defense and 27th best offense in the NFL.  For their poor play, the Dolphins have earned themselves the fifth pick in the 2020 Draft. After their fall to rock bottom, Miami is ready for a rebuild.

Though the Dolphins have many spots that need filling, many speculate and believe that Miami will start their rebuild at the quarterback position. Last year, the Miami Dolphins had two men under center with Ryan Fitzpatrick and Josh Rosen.

Fitzpatrick played the majority of snaps for the Miami Dolphins with a total of 502 passing attempts and 311 completions (62%). “Fitzmagic” also had 20 touchdowns and 13 interceptions giving him a below-average 85.5 passer rating.

Though he isn’t the worst quarterback in the league, the aging Fitzpatrick is by no means a permanent fix.

Josh Rosen, on the other hand, does not seem to be salvageable at this point. The Dolphins gave Rosen a second chance after the Cardinals replaced him with Kyler Murray after just one year.

Though Rosen only threw 109 passes, he only had 58 completions (53.2%). The California native also threw an egregious 1 touchdown and 5 interceptions earning him a pathetic but deserved 52 passer rating. It was initially wise for Miami Dolphins trade for Rosen, but after a failed second chance, Rosen has proven that he has no place on an NFL roster.

With such a high pick in the Draft, Dolphins are expected to draft their next quarterback. Many at first speculated that Tua Tagovailoa would be picked by Miami, but there is growing suspicion that the Dolphins could draft former Oregon quarterback, Justin Herbert.

Tagovailoa made his collegiate debut for Alabama on September 9, 2017 as a true freshman in a 41-10 victory against Fresno State. Tua was a backup quarterback for sophomore Jalen Hurts during the Tide’s 2017 campaign. Tua’s most memorable appearance of his freshman year with the Crimson Tide came in the 2018 College Playoff National Championship after Hurts was sidelined for his poor play. Tua came into the game in the second half to lead the Crimson Tide to a 26-23 overtime win.

On September 1, 2018, Tagovailoa made his first start for the Tide and was named the starting quarterback by head coach Nick Saban after the game. Tua finished second in Heisman voting only to Kyler Murray,  and he led the Crimson Tide to the National Championship, once again, where they lost to Clemson.

Tagovailoa would continue his success until the Tide’s sixth game of the 2019 season where he would suffer a high ankle sprain in the second quarter. Tua had surgery on his ankle a day after and returned three weeks later. After losing to LSU, Tua would be injured again versus Mississippi State and his season would be over. Tua would forgo his senior year and enter the 2020 Draft.

In 2017, Herbert would have a new head coach. Herbert would then fracture his collarbone against Cal on September 30, 2017. Herbert returned six games later to help the Ducks win their final two games to qualify for a bowl game. Unfortunately, Oregon lost to Boise State in the Vegas Bowl, and their coach left them to coach for Florida State.

In 2018, Herbert would lead the Ducks to a 9-4 season and a victory in the Redbox Bowl. Herbert was also named to the Pac-12 All-Academic first-team.

In Tagovailoa’s 32 games with the Crimson Tide, he had a completion percentage of 69.3%, 87 passing touchdowns, 11 interceptions, and an astonishing passer rating of 199.4. Meanwhile, in his 43 games with the Oregon Ducks, Herbert had a completion percentage of 63.9%, 95 touchdowns, 22 interceptions and a passer rating of 153.7.

Tua obviously has better numbers than Herbert, but he also had far better talent at the wide receiver position, and linemen blocking for him. Unfortunately for Tagovailoa, Miami Dolphins’ quarterbacks were sacked a total of 57 times.

Despite the various concerns, Tagovailoa should be picked by the Miami Dolphins. He may be more injury susceptible, but there is no disputing Tua’s 199.4 passer rating.

The fact of the matter is, Tagovailoa has a better chance to succeed in the NFL than Herbert. If the Miami Dolphins pick a quarterback in the draft this year, they should go with Tua Tagovailoa.