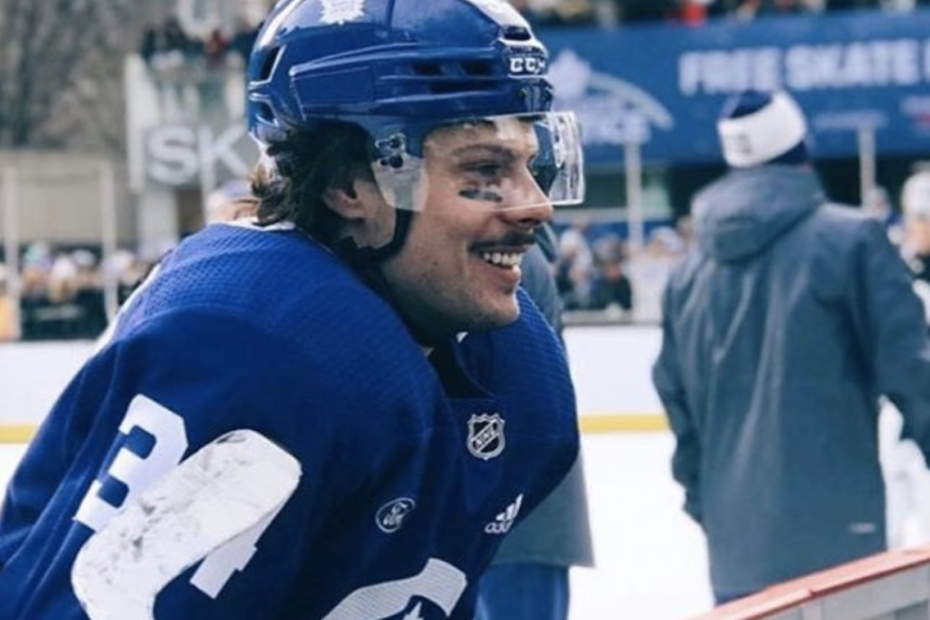 With the NHL returning at the beginning of August, the finalists were announced for the end of season awards. The finalists for the Lady Byng award are Auston Matthews, Ryan O’Reilly, and Nathan MacKinnon.

The Lady Byng Memorial Trophy is given to “the player adjudged to have exhibited the best type of sportsmanship and gentlemanly conduct combined with a high standard of playing ability,” so it was a surprise to see Auston Matthews as one of the finalists for this coveted award.

While Matthews was statistically one of the most sportsmanlike players in the league this year with only eight penalty minutes in seventy games, his conduct off the ice has been quite poor.

After the guard got out of her car and confronted the group, Matthews dropped his pants and “grabbed his buttocks” towards the officer. Matthews was reportedly intoxicated at the time.

RELATED: The NHL is Back! Here’s Everything You Need To Know

Some people believe that Auston Matthews is deserving of his nomination because his off-ice conduct should not be an indication of his on-ice conduct. On the other hand, it makes no sense to nominate Matthews for a Trophy that rewards “gentlemanly conduct” when he has demonstrated such childish and inappropriate behavior off the ice.

Hopefully, the NHL will not award Matthews further by giving him the Lady Byng Memorial Trophy.