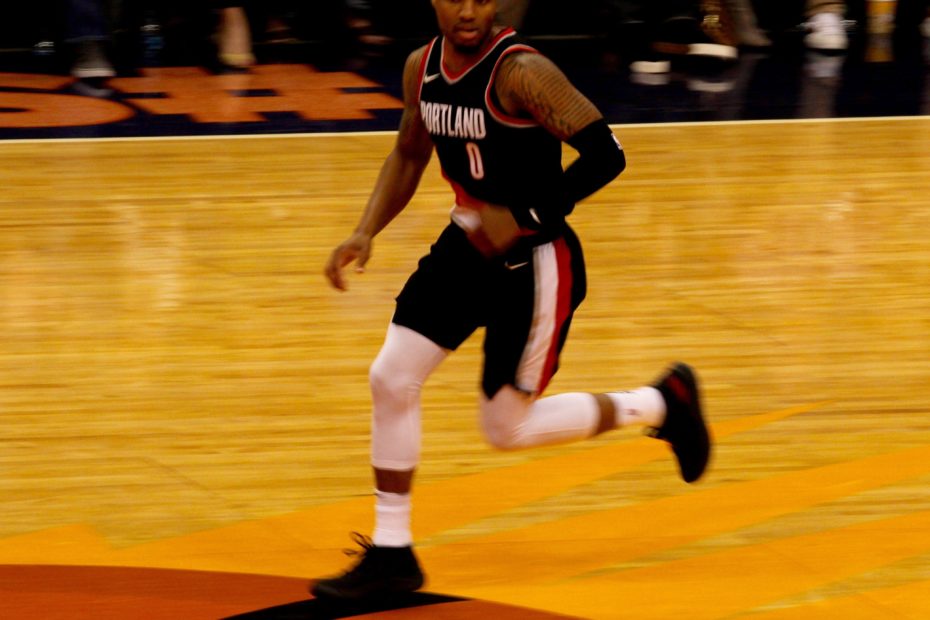 Why Damian Lillard, 32, is an Advocate For Children Growing Up in His ‘Rough’ Hometown

Professional basketball player Damian Lillard, who was born and raised in a neighborhood in Oakland, California, recently discussed why he feels compelled to support the kids who are currently growing up in his hometown.

According to the basketball player himself, “drugs and crime” surrounded Lillard as he learned to navigate the streets of California city. He and his friends had little access to positive extracurricular activities, which included a lack of sports equipment.

Wanting to make sure that the children of today have the ability to express themselves through physical activity, the NBA player partnered with shoe retailer KICKS CREW to promote positive recreation to underprivileged areas of Oakland.

“We didn’t have the resources like that, but we had each other,” Lillard said, reflecting on his own childhood. “Having people around me that held me accountable for everything. “It was like I knew right from wrong because it was constantly being put in front of me like, ‘You know better,’ and ‘Don’t do this, you shouldn’t be doing this, this is why.’ “

As the Portland athlete continued to discuss the importance of children getting physical activity, he cited his family and friends for encouraging him as a child to get outside. “I had the right type of people around me,” he told PEOPLE Magazine in an interview.

RELATED: Jerry Jones, 80, Faces Severe Scrutiny After Dressing Up as a Blind Ref For Halloween

The NBA star also shared that he hopes to be a role model for the kids who grew up in his neighborhood, Brookfield. In his opinion, having someone to look up to will inspire hope for youths that were deprived of access to recreational activities.

“I know what’s needed,” Lillard said. “I know how important it is for them to see somebody that is not only successful but somebody that can also speak on the same type of environment and upbringing.”

“I fought the same battles that they fight. As an adult, that’s why it’s so important to me — because I know how valuable that is to have that type of presence,” the professional basketball player continued.

As part of his mission, Lillard provided Brookfield’s next generation of athletes with sneakers, shirts, and other sports equipment that will encourage them to get outside and play recreationally. “We were able to get out to my neighborhood, touch kids that grew up on the same soil that I grew up on, give out some shoes, give out some shirts, be present, and I’m big on that,” he relayed.