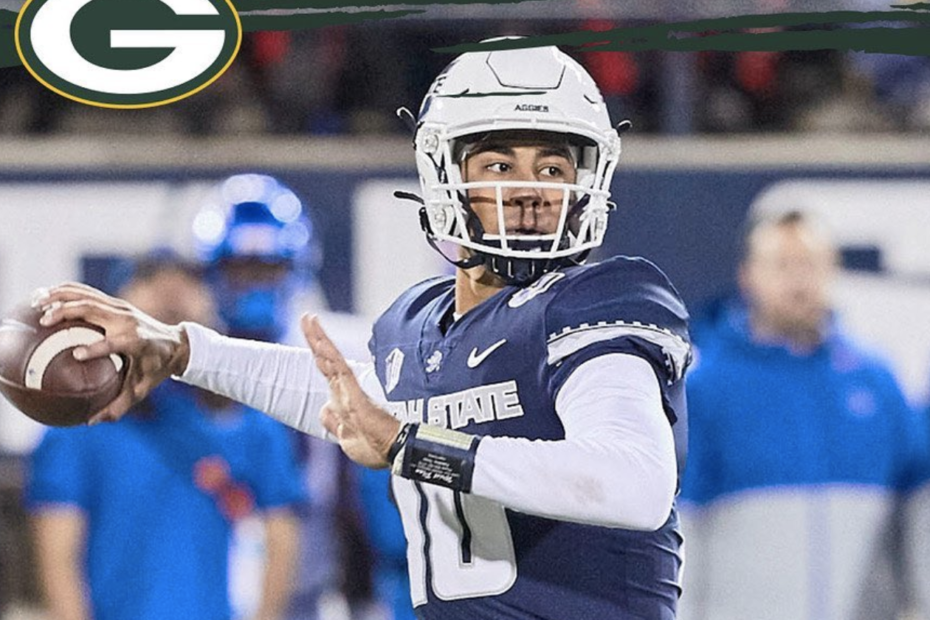 On April 23rd, 2020, during the first ever virtual draft, the Green Bay Packers traded their 30th overall pick alongside a fourth round pick to the Miami Dolphins in exchange for the 26th pick of the draft. The Packers then proceeded to shock the NFL and take Utah State quarterback, Jordan Love.

Jordan Love was born in Bakersfield, California on November 2nd, 1998. He attended Liberty High School before committing to Utah State University. Jordan Love put up impressive numbers in his sophomore and junior years even winning the 2018 New Mexico Bowl MVP.

Aaron Rodgers, 2x Regular Season MVP, and future Hall of Fame inductee led the Green Bay Packers to the NFC championship game last year where they were blown out by the San Francisco 49ers 37-20. But, Aaron Rodgers still has 4 years and $134 million remaining on his contract extension, which means the Packers will likely have 4 more years with a hall of fame quarterback.

The Packers could have increased their chances at winning a super bowl with Rodgers had they drafted a wide receiver. Which would have provided Rodgers with an additional target and taken some pass pressure off their number 1 wide receiver, Devante Adams.

Instead Head Coach, Matt Lafleur, and GM, Brian Gutekunst, chose to invest in the team’s future, so that when the time comes and Rodgers ends his career, the Packers will remain dominant with a well mentored young quarterback leading the charge.

RELATED: The Best Part of Last Weeks Draft Was Getting to See NFL Teams’ Front Office Personnel at Home With Their Families

Brett Favre, a first ballot Hall of Fame inductee, was 35 years old when the Green Bay Packers selected Aaron Rodgers 24th overall. Sitting on the bench behind Favre for 3 years greatly assisted Rodgers to become an MVP quarterback. Now, Aaron Rodgers is 35 years old and he might be able to help shape Jordan Love into a great player.

I believe that drafting Jordan Love was a bad move for the Packers for two reasons. First, Aaron Rodgers still has four years left on his contract and the Packers could have used their pick to draft someone who would help the team immediately, pushing the Packers closer to the Super Bowl.

Secondly, Jordan Love is a solid quarterback, but probably not worth a first round pick for the Packers. Unlike Rodgers, who fell from the top prospect in the draft to the 24th pick, Jordan Love was not projected to go early in the draft, and unless the Packers see something in him that most other people don’t, Jordan Love will not become the next Patrick Mahomes.