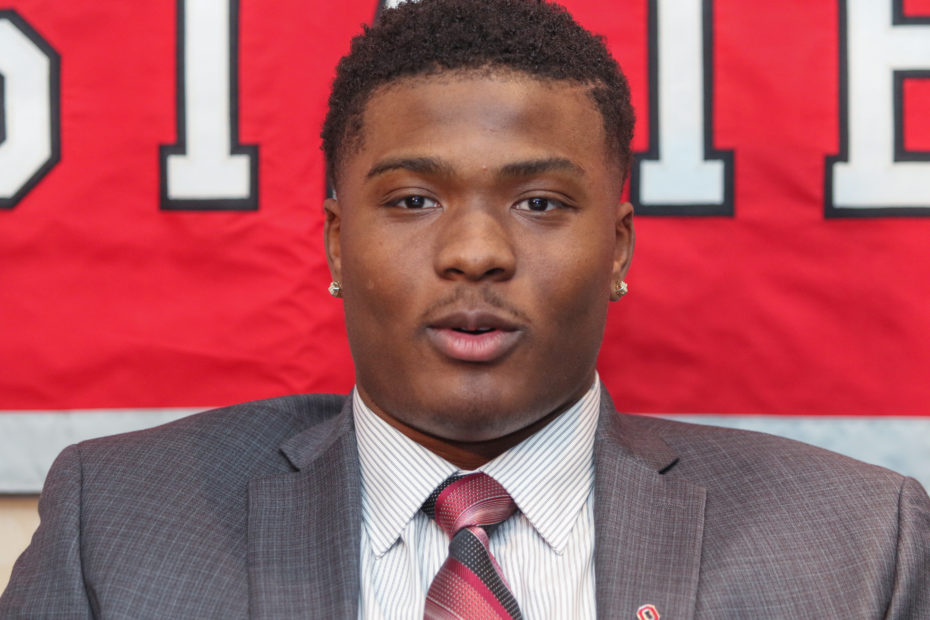 On April 9th, 2022, Steelers quarterback Dwayne Haskins was fatally struck by a dump truck when attempting to cross a southern Florida Interstate. Following his sudden death, many individuals close to the athlete have been outspoken about their grief, including his wife, Kalabrya Haskins.

“I would like to express my sincerest gratitude to every loving soul who has supported our family during this arduous time of loss,” she wrote in a statement released by the NFL team. “The overwhelming thoughts and prayers have been fuel for our emotional depletion. All of your blessings have been greatly valued and appreciated.”

“The meaningful touches and impact Dwayne made as a husband, son, brother, teammate, and friend is a timeless treasure imbrued in our hearts. I am truly grateful to everyone who has been by our side as we mourn his untimely passing,” Kalabrya continued. She added that she hopes fans around the world can respect the Haskins family’s privacy as they grieve the quarterback’s sudden death. “Our family implores for your continued prayers, yet continued respectful privacy as we painfully grieve.”

Despite only being with the Pittsburgh Steelers under a one-year contract, his impact on the team was immeasurable. As a talented player, he was a first-round pick for the Washington Commanders prior to playing with the Pennsylvania team.

With a positive outlook on every team, he has been a part of, his wife noted that he will forever be in the hearts of his teams. “His eternal love will always reside with us, Ohio State, Washington Commanders, and Steelers Nation for eternity! LOVE OF MY LIFE, FOREVER…REST IN THE BEAUTIFUL PEACE OF HEAVEN!” she said.

In a similar fashion, Steelers coach Mike Tomlin expressed his sadness over the death of the 24-year-old. “I am devastated and at a loss for words with the unfortunate passing of Dwayne Haskins,” the coach commented in a statement. “He quickly became a part of our Steelers family upon his arrival in Pittsburgh and was one of our hardest workers, both on the field and in the community.”

As Team Members and loved ones continue to process the death of the NFL player, Kalabrya announced that there will be a celebration of life on Friday, April 22nd. Taking place at the Allegheny Center Alliance Church in Pittsburgh, Pa, “We invite family, friends, teammates, coaches, and those who want to pay their respects to Dwayne to a visitation from 10-11 a.m., which will be followed by a celebration of life service from 11 a.m.-1 p.m.”