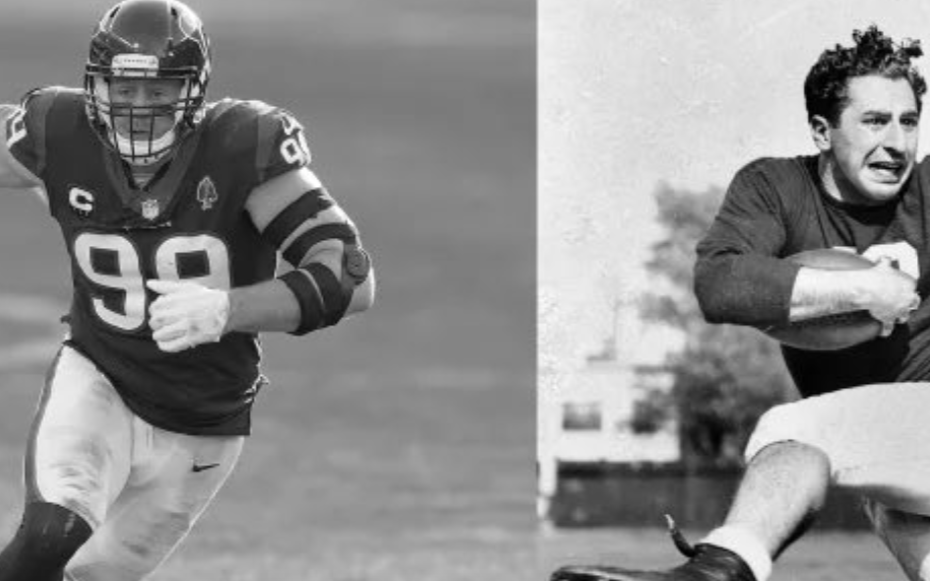 Will JJ Watt Wear Number-99 With The Arizona Cardinals? Watt Lets You Know

As you may know by now, JJ Watt has signed with the Arizona Cardinals. With speculation abounding where Watt would end up as a free agent, he now can call the desert in the Valley his home.

Twenty-five forced fumbles, 531 tackles, 282 quarterback hits, and 101 sacks. These are Watt’s career NFL numbers, all with the Texans. But, that one number you’re probably wanting to know about is the defensive end’s jersey number. That signature number-99.

Watt has an update for you (as also mentioned previously by At The Buzzer):

“I want to thank the Goldberg family for their kindness in offering me the opportunity to wear #99 in Arizona which was previously retired in honor of Marshall Goldberg,” Watt said in a Tweet. “I am humbled & honored to wear it and will do my best to make them proud and honor Marshall properly. #RedSea“.

There you have it, folks: Watt will suit up as #99 with the Cardinals.

It’s not just you. Watt’s new teammate, Chandler Jones, was wondering if Watt was able to wear the number-99.

After Jones asked Watt what was up with the number then Watt sharing he talked to Goldberg’s daughter, getting her approval, Jones said: “That’s amazing, I love it.”

Watt plans on doing his best to make the Goldberg family “proud and (to) honor Marshall properly” wearing that number-99.

Here’s a look at #99’s “first day” in Arizona via the Cardinals Twitter: