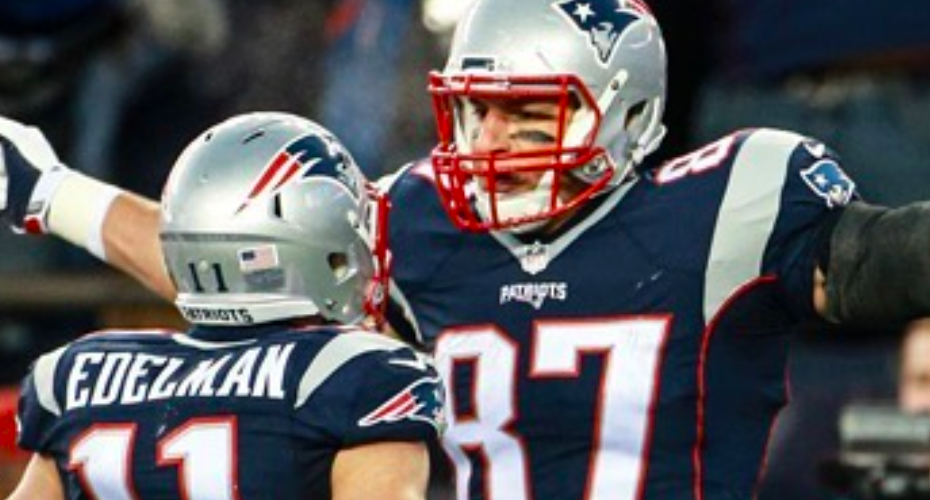 Will Julian Edelman Come Out Of Retirement? Here’s What Rob Gronkowski Thinks

As you may have heard by now (including from a recent At The Buzzer article), Patriots wide receiver Julian Edelman announced his retirement.

“Due to an injury last year, I’ll be making my official announcement of my retirement from football,” Edelman said in the video announcement on Instagram.

Edelman’s former long-time teammate who won Super Bowls with him, Rob Gronkowski commented on the post:

“Congrats Jules!” Gronkowski said. “Ultimate competitor and always showed up at the biggest moments bubs!! Keep on thriving and being a beast like you are! Heck of a career!!”

But, is Gronk also maybe calling bluff here? Obviously, not right now. This is obviously a serious, seemingly well-thought out decision by the 2018 NFL Super Bowl MVP.

As Julian mentioned in the video: “It was a hard decision but the right decision for me and my family…I’m honored and so proud to be retiring a Patriot.”

It’s evident that this was the right decision for Julian and his family and that’s what is most important.

But, TMZ recently talked to Gronkowski and was asked if Rob thinks Julian “has another year in him”. Here’s what he had to say.

Interesting, very interesting. Granted, this was all as Rob was exiting the LAX airport and it could very well be in jest. But, hey, crazier things have happened.

It must all run in the family because Rob’s older brother, Gordie Gronkowski, also had something to say as he said this on Edelman’s post.

“(W)e have seen this before…,” Gordie commented. “(W)ill it last more than 13 months?😉 All seriousness, congratulations bro!!”

Gronkowski was also asked by TMZ if Edelman could join Tom Brady and Rob in Tampa:

Again, funny joke but, seriously, who knows. Wouldn’t rule anything out at this point. Anything can happen.

Gronkowski also talked about what his thoughts are on Edelman retiring.

“Julian’s…a competitor…nothing but huge props for Julian, he was a great teammate, three-time Super Bowl champ, MVP of the Super Bowl,” Gronkowski said to TMZ. “You got to give it to Jules, man, he gave it his all his whole career…had a lot of good times with him and he’s going to keep on thriving.”