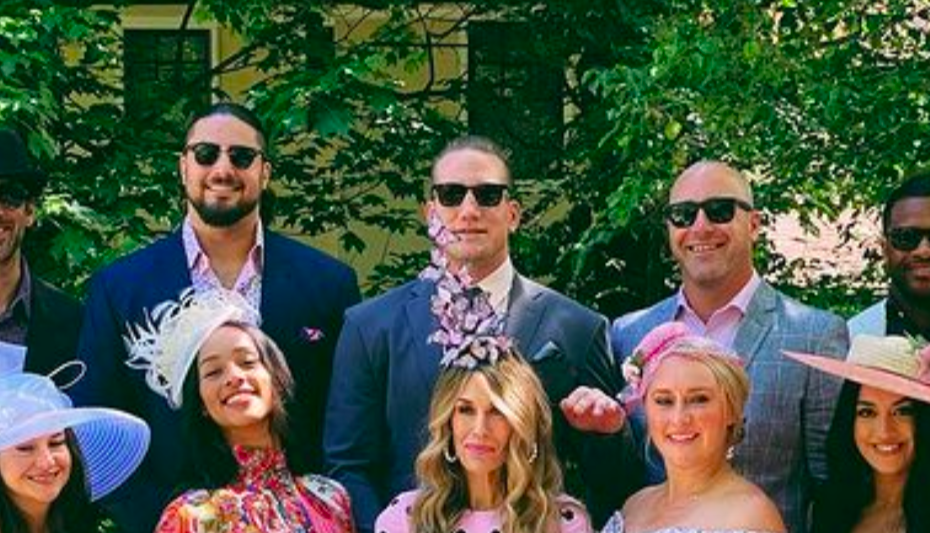 Will Aaron Rodgers Stay With The Green Bay Packers? Mix Kentucky Derby Team Bonding, Giving Back To The Community, And A Good Offense, Then…Maybe?

If your thing is numbers and rankings, then you’ll love what Davante Adams retweeted on April 9, weeks before all the reports surfaced regarding Rodgers reportedly being unhappy in Green Bay situation:

RELATED: Aaron Rodgers And Shailene Woodley Spent Quality Time At Disney World. Find Out What Disney Music They Listen To!

Adams caught 18 touchdowns, had a total of 1,374 receiving yards, and averaged 98.1 receiving yards a game. It makes sense why Adams was ranked in the top 10 “highest-graded offensive players in 2020” per that Pro Football Focus tweet.

You already know Aaron Rodgers was the NFL’s 2020 MVP.

And David Bakhtiari protected the MVP up front as one of the Green Bay Packers’ offensive linemen.

When you play with an offense that is as good as the Packers, it’d also make sense why you’d want to stick with it. At least if you’re Adams. And Bakhtiari. And…Rodgers?

The offensive tackle just three weeks ago said “#gopackgo” in an Instagram post of him doing his thing on the field.

And the Packers wide receiver said this:

“Obviously, I’d love to continue to play with him,” Adams recently told CBS Sports per CBS Sports’ Bryan DeArdo. “We’ve had a lot of success together and we’ve been able to accomplish a lot as a team. But mainly, I’m focused on controlling what I can control and that’s doing everything I can to be ready for the season.”

Controlling what you can control. That’s all you can do as you can’t control how other people respond. And in this case, his quarterback.

You may have already heard of all the talk surrounding Rodgers and if he’ll be coming back with the Green Bay Packers this season.

Well, amidst all that talk, at least for now, he’s enjoying time with his teammates:

If Kentucky Derby hangouts are any indication of an NFL MVP sticking around for another season or two or more with the same team because of team bonding, team chemistry, etc. then count Rodgers in this year.

In other news, it’s also worth noting that these three are about giving back, as well. Maybe serving in their communities can keep the band together?

“This next generation has advantages I didn’t have growing up,” Adams said. “I’m not a dinosaur by any means (laughs), but the resources today’s young athletes have can really help them advance and take the necessary steps forward in their careers. Utilizing things like Optimum Nutrition’s website with expert coaching and advice can help them with recovery and other aspects of training that we just didn’t have when I was in high school.”

…I like to tell young athletes to make sure you’re taking care of business in all aspects of life,” Adams, ‘who added that he took nine courses during his final semester in high school, said per CBS Sports. “Being able to overcome obstacles and to demand the most out of yourself is a quality that everyone needs to be successful.”

The Packers offensive tackle’s ‘My Cause, My Cleats’ were customized with the ‘Goodwill‘ logo.

“This year for #MyCauseMyCleats I am honored to represent Goodwill Industries of Southeastern Wisconsin, an organization who helps individuals with disabilities or disadvantages to improve their lives through training, supportive services and employment opportunities,” Bakhtiari said in an Instagram post in December. “100 years strong of helping strengthen individuals, families and communities!”

And the Packers (for now) quarterback was happy about helping out a cause near and dear to his heart, helping support small businesses from his time as a Jeopardy! guest host.

“Hi everyone!” Rodgers said in an Instagram post. “I have had the best time guest hosting Jeopardy! and the icing on the cake is that they will be donating $236,725 to the North Valley Community Foundation.  It is going to help so many in need. 💪🏼💪🏼❤️💯 #amazingtwoweeks @jeopardy
@northvalleycf…”

In the midst of all the quarterback chatter, they will keep on living their lives, probably still preparing for a NFL season no matter what happens.