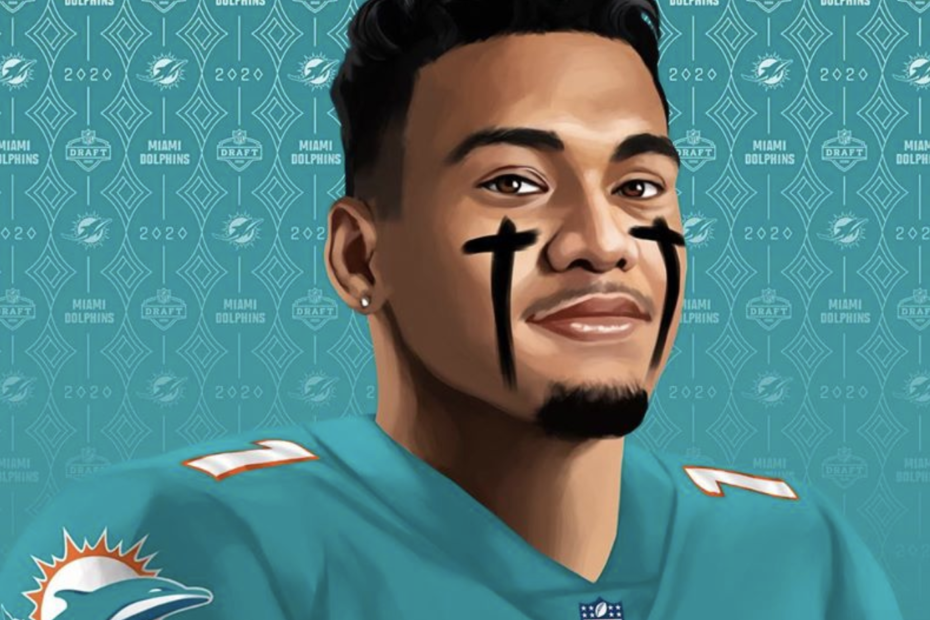 Will Tua Tagovailoa Take Over the Starting Role for the Dolphins?

Will Tua Tagovailoa Take Over the Starting Role for the Dolphins?

With their 5th pick in the 2020 draft, the Miami Dolphins selected the Hawaiian quarterback out of Alabama, Tua Tagovailoa. Tua is undoubtedly the best quarterback the Dolphins have on their roster, but he is a rookie, so the question is: will he take the starting role from Ryan Fitzpatrick?

So, why wouldn’t Tua start? Well, first off, the Dolphins are not contenders. Over the past season, they traded away two of their best players in Minka Fitzpatrick and Laremy Tunsil. The Dolphins are going through a rebuild and have no real hope of success this season. They would not want to throw Tua into a mediocre situation and see him get injured when there is no real chance of doing well anyway. Currently, the Dolphins have Ryan Fitzpatrick at quarterback, and while he is old and not great, he is not terrible, and he could run the Dolphins offense for another year while serving as a mentor for Tua.

In addition to this, all throughout the draft, there were questions about Tua’s hip, and nobody really knows if it is at 100% health. Another month or even year of rest for him could go a long way for his career.

RELATED: Drew Brees Says He Is ‘Sick’ Over How His Remarks Regarding Kneeling in the NFL Amidst the Social Injustice America Is Facing Right Now Were Perceived

Will Dolphins start Tua immediately and see what he can do, or do they give him time to slowly get used to the NFL, in the hopes that he can perform in the future, and become the franchise quarterback the Dolphins desperately need?

According to a study done by Sporting News in 2018, there is no real statistical difference in the performance of rookie quarterbacks if you sit them or if you play them, it just depends on the situation, and every situation is unique.

For those reasons, I would not be surprised if Tua starts and I do expect to see him on the field at some point this season.