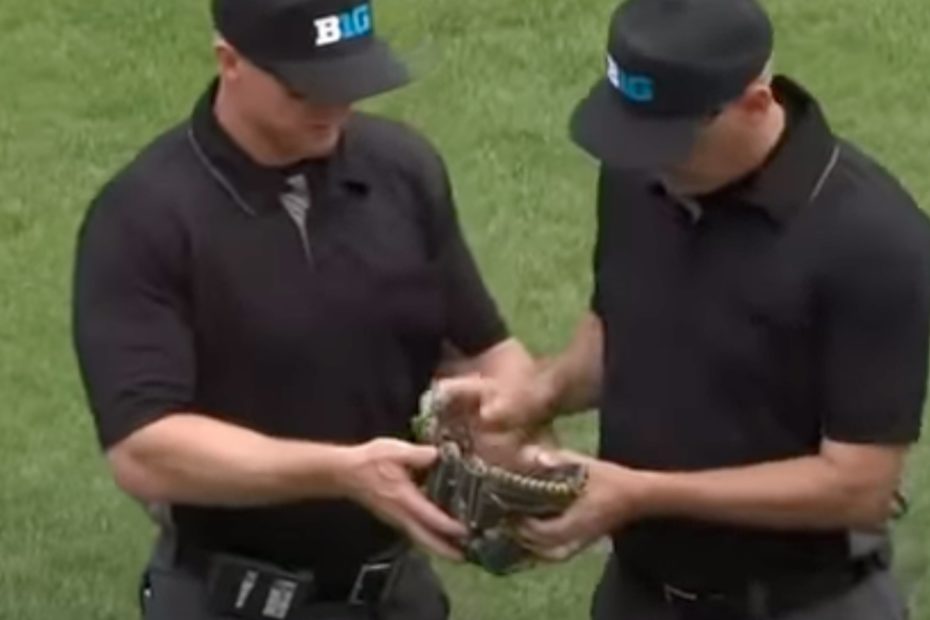 During the fifth inning of the elimination game, tensions were high as Michigan held a 4-1 lead. The senior took to the mound, attempting to stay calm and collected before an umpire paused the game and called a meeting.

On account of suspicious behavior, the umpire crew seized Weiss’ glove and inspected it for foreign substances, only to find an unknown sticky residue rubbed into his glove. Following the investigation, the pitcher was ejected from the game and placed on a four-game suspension.

According to Iowa’s coach Rick Heller, he spotted the opposing team’s pitcher oiling his glove in a questionable manner, which raised suspicions. “He wasn’t even trying to hide it,” Heller said after the game, according to Sports Illustrated. Recalling the incident, he continued and stated, “It was very obvious. And so, I’d mention to the umpire and the umpire saw him do it and that’s when you see them go out and check.”

Media outlets also reported that Michigan coaches personally apologized to Heller, insisting that this is not a reflection of their team and morals. Iowa’s coach relayed that his opponents told him “​​that’s not what they’re about” and that they will be privately handling the matter.

Although Michigan has not issued a formal statement regarding the situation, coach Erik Bakich opened up about the incident and compared the Weiss scandal to disciplining an infant child.

“It’s like when you’re a parent and your kid makes a mistake,” Bakich commented in a postgame interview, according to Michigan Daily. “You don’t love them any less but you have to admit you made a mistake. … That’s not part of our program.”

Michigan went on to defeat Iowa in the Big Ten Tournament that day with a 10-4 lead but did not move forward in the competition after the semifinals. Weiss’ four-game suspension comes right at the start of the postseason, but his coaches are still adamant that he is an essential asset to their team and will be helpful in the upcoming months.

“Oh, he’ll have a significant role for sure,” Bakich said of Weiss’ position on the team during his suspension.