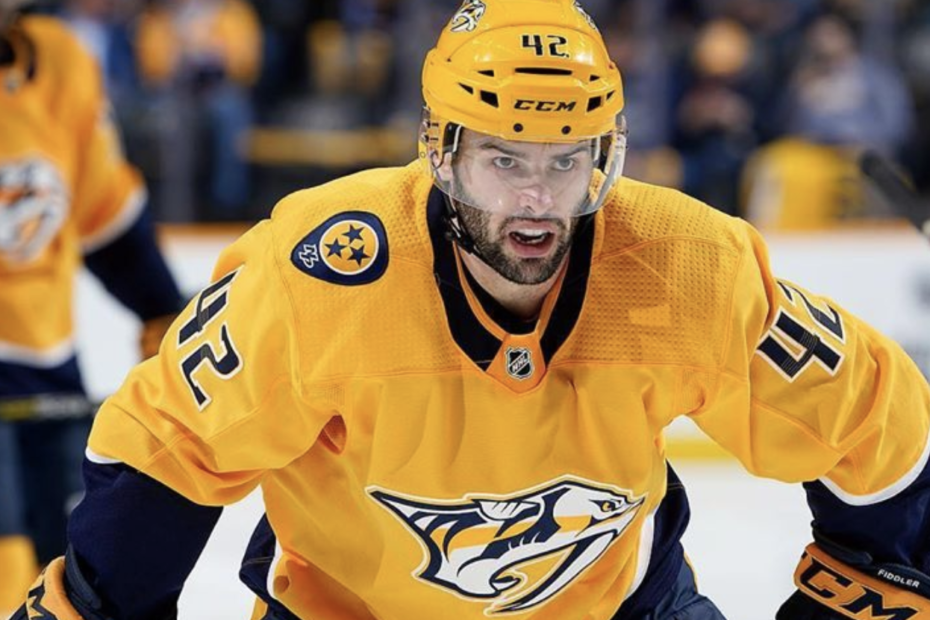 In a press conference this past Tuesday, Commissioner Gary Bettman announced that the NHL will forego the remainder of the regular season and have a 24-team Stanley Cup Playoffs upon the season’s resumption.

In this article, we will make our early predictions for the first round of the NHL Western Conference Playoffs.

Each team will play each other once, so I believe this is what the results of the round robin:

As you can see, I have the top three teams all beating the Dallas Stars. I’m not too optimistic about the Stars’ chances in this year’s NHL Playoffs. They only have a goal differential of +4 and barely had a better win percentage than the Edmonton Oilers who should beat the Stars in round two of the playoffs. I do not think that the Stars have much of a chance of beating one of the top teams without a bit of luck.

As for the other three teams, I have the Avalanche beating all three teams, the Blues beating Vegas and Dallas, and the Golden Knights only beating the Stars.

The Golden Knights aren’t too bad a team, but I just don’t think they can compete with juggernauts like the Avalanche and the Blues. While they have an electric offense and a stone wall in net with Marc-Andre Fleury, Vegas’ defense is a bit lacking. The Golden Knights allowed 209 goals in the regular season which is one more than the league average. St. Louis and Colorado have brought some of the best defenses to their knees this year, so I’m afraid Vegas’ average blue line doesn’t have great chances against them.

Along with the Lightning vs. Bruins game, I believe the Blues vs. Avalanche matchup has the potential to be the most exciting game in the first round of the playoffs. The two teams have very similar stat lines for the regular season. The Blues do appear to have the upper hand as the defending NHL Champions, but I’m going with Colorado with this one. The Avalanche are my pick to make it to the Stanley Cup if they aren’t beaten by the Edmonton Oilers, and their playoff run will start with beating their division rivals in St. Louis. The Avalanche have won their past two games against the Blues, scoring 5 or more goals in each of those games. The Avalanche should continue their streak against the defending NHL champs to put themselves in a good position to make a playoff run.

Like with the 5 vs. 12 matchup from the Eastern Conference, I doubt this will go well for the 12 seed. The Oilers have some of the best players in the entire NHL on their team, like Connor McDavid, Leon Draisaitl, and James Neal. And while Patrick Kane is still one of the best forwards in the league, his supporting cast is no match for the star power of the Oilers. I actually think that the Blackhawks may be able to pull out a win or two with promising goalie, Malcolm Subban. However, this one will almost definitely go to the Oilers 3-1.

Though many may not agree with me, I’m going to take Arizona over Nashville here. While I think Pekka Rinne is actually one of the best goalkeepers in the NHL, ever since P.K. Subban left, I’ve had little faith in the Predators. Meanwhile, while the Yotes don’t have any marquee players, they’ve had excellent defense, only allowing 183 goals in 70 games. Meanwhile, the Predators have scored 212 goals and allowed 214. While the Predators are playing in a much tougher division than the Coyotes, they have a -2 goal differential while Arizona has one of +7. The Preds do have some of the best talent in the league, but I’m going to have to take the Coyotes in 5 games.

RELATED: The Vegas Golden Knights Reveal the Name and Logo of their new AHL Affiliate

Looking through the Wild’s roster, I found myself quite unimpressed. I was more than surprised to see goalie, Devan Dubnyk have a GAA of 3.35 and a save percentage below .900. The Canucks, on the other hand, have a roster filled to the brim with rising stars such as Elias Pettersson, Quinn Hughes, and Brock Boeser. With the Canucks on the up and up, it would be foolish to pick the Minnesota Wild over them. Minnesota may win a game or two in this series, but I’m going to take Vancouver in 3 games for this one.

This one is going to be too close a series. Both teams have apt star power. The Flames have Johnny Gaudreau, Matthew Tkachuk, and Mikael Backlund while the Jets have Blake Wheeler, Patrick Laine, and Connor Hellebuyck. I would barely call it an upset, since Calgary has a point percentage only one tenth of a percent better than Winnipeg, but the Jets should take this one. The Jets have a goal differential 22 better than the Flames, and their roster is overall more impressive. I’m going to take the Jets in for 4 games for this one.