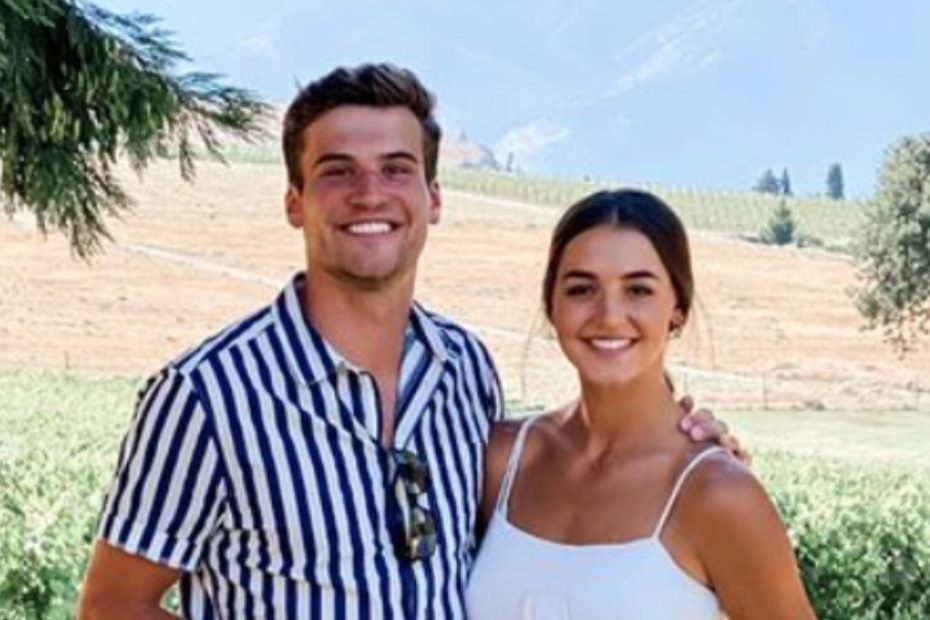 The couple initially met while playing basketball at Gonzaga University, to which Kispert went on to be selected by the Washington Wizards in the 2021 NBA Draft. Wirth graduated from the university in 2021, ranking third in her conference in rebounding with an average of 8.1 rebounds per game. Although she does not play professionally, basketball has been a significant role in developing a relationship with her now fiancé.

The 23-year-old Wizards player opted for the classic proposal: Getting down on one knee while dressed to the nines, he asked the big question in a perfectly romantic fairy light-lit location.

“I LOVE YOU. And I promise to love you forever,” he wrote on Instagram, including photos of the big moment. “A thousand times YES,” Wirth said in her own announcement post.

“BREAKING: Kispert signs a lifelong contract, per sources. Terms of the deal include love, happiness, and taking a true hottie off the market,” the NBA player wrote additionally on his Instagram story, attaching a photo of him and Wirth.

The former Gonzaga women’s basketball player has always been outwardly supportive of her husband-to-be, especially in relation to his career. After he was drafted into the NBA last year, she wrote a detailed message that showcased her love for him.

“The love and basketball saga continues…It has been a blessing to watch you dream this dream and put in the work to achieve it,” Wirth said of Kispert. “I can’t help but believe that our late night h.o.r.s.e. games helped get you here but I guess we’ll never know 😉 Congratulations, love! The Wizards got a good one. I can’t wait to see what you do next.”

And, what he did next, was more than impressive. During his rookie season, he played 77 games and averaged 8 points and 2.7 rebounds in 23.4 minutes. According to NBC Sports Kispert was, “widely regarded as the best shooter in the 2021 draft class after a four-year career at Gonzaga where he made threes with accuracy, in volume, and across a large sample size.”

As his career continues, he is expected to blossom into a substantial star and will likely come back this upcoming season with noticeably improved skills. The Washington Wizards kick off the season against the Indiana Pacers on October 19th.