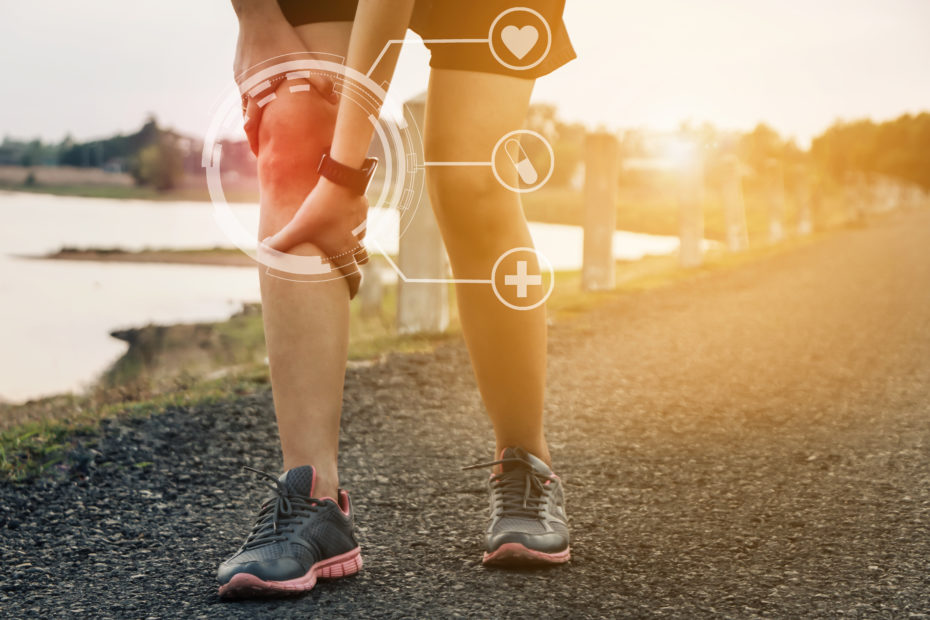 15 of the Worst Sports Injuries of All-Time

Most sports fans can’t take their eyes off the game once it starts, but the worst sports injuries of all-time will have any fan quickly turning away from the action. It’ll make you cringe like you’ve never cringed before, especially when they replay it in slow-mo and zoom the camera in close.

Sports injuries are something you never want to see in a game or practice – not even to an opponent. Unfortunately, it’s part of the game and is bound to happen every now and then. It’s a harsh reality and it’s part of the risk athletes take when they step foot on the court, field, rink, etc.

With that said, injuries are extremely common in sports and while a majority of them are small, short-term injuries, others are more serious and long-term. In fact, some are just straight up horrifying, terrifying, devastating, and hard-to-watch – they’re the worst sports injuries of all-time.

YOU MAY ALSO LIKE: NFL Practice Squad Salaries & 15 Regular Jobs That Compare

What Are the Worst Sports Injuries of All-Time?

For example, some of the worst sports injuries an athlete can get are a torn anterior cruciate ligament (ACL), fracture, hamstring injury, concussion, and patellar tendon tear. We pray we never have to witness an athlete suffer one of these, but unfortunately it’s bound to happen.

Tyrone Prothro is a former college football wide receiver for the Alabama Crimson Tide. He joined the team in 2003 as a freshman and had 16 catches for 191 yards and one touchdown. He improved in 2004 with 25 catches for 347 yards and two touchdowns (one rush, one catch).

He was having a good 2005 season until he suffered this gruesome injury on October 1, 2005. Prothro went up for a catch in the endzone, but the player guarding him accidentally landed on his leg, snapping it in half. Prothro never played another game again, but he currently coaches.

Shaun Livingston is a retired NBA player that spent 14 years in the league. He was drafted fourth overall by the Los Angeles Clippers in 2004 and was a productive role player when on the floor. Unfortunately, he was often riddled by injuries throughout the first three years of his career.

That’s when this injury happened. He went up for a layup, but lost his balance on the way down and his knee gave out. He tore his ACL, PCL, and lateral meniscus, terribly sprained his MCL, and dislocated the patella and his tibio-fibular joint. He later recovered and won three titles.

Conor McGregor was one of the greatest UFC fighters during his glory years, which lasted between 2013 and 2016. During that time, he went 9-1 and became a two-division champion (Featherweight and Lightweight). He was unstoppable and his personality was electric.

After he beat Donald Cerrone in 2020, he lost to Dustin Poirier one year later. Their rematch took place six months later and that’s when this injury happened. McGregor was stepping back when he broke his tibia. He is in the later stages of recovery and is nearing a return to the octagon.

Jeremy Lane is a retired NFL defensive back that spent six years in the league after being drafted by the Seattle Seahawks in the sixth round of the 2012 NFL Draft. He didn’t play a big role on the defense, but finally recorded his first interception in Super Bowl XLIX in 2015.

During the return for that interception, he was tackled by Julian Edelman and landed awkwardly on his hand. He broke his arm and tore his ACL during that play. He missed the first 11 games of the following season, but caught an interception in his return. He retired after the 2017 season.

Tim Hudson is a retired MLB pitcher that spent 17 years in the league. He was drafted by the Oakland Athletics in 1997 and made his MLB debut in 1999. He went 11-2 his rookie year, had his only 20-win season the following year, and had at least 10 wins in 11 of the next 12 seasons.

That streak came to an end in 2013 when he went 8-7. That was the season he suffered this gruesome injury. He was fielding first base after an infield hit. His foot was on the bag when the runner stepped on it, fracturing his ankle. He returned the next season and went 9-13.

Kevin Ware is a basketball player that gained nationwide attention during the 2013 March Madness tournament – for all the wrong reasons. During an Elite Eight game against Duke, he went up for a block and landed on his leg wrong. He suffered an open fracture of the tibia.

He later transferred to Georgia State University to make a return to basketball and move on from the gruesome injury. He had a lot of success and eventually started playing professionally overseas. Kevin Ware currently plays for Al Naft Baghdad of the Iraqi Basketball League.

Anderson Silva is one of the greatest UFC fighters of all-time and most recognizable names in the sport. After losing his first UFC match, he would win the next nine in a row. He was 13-4 when he began a 17-bout winning streak between 2006 and 2012. He is just 1-7-0 (1 NC) since.

In a rematch with Chris Weidman in 2013, not long after facing his first loss since 2006, Silva suffered a gruesome injury. He went for a leg kick, but Weidman checked it and it snapped Silva’s leg in half. He broke his left fibula and tibia, ending the fight and resulting in his downfall.

Paul George is an NBA forward that currently plays for the Los Angeles Clippers. He just scored 34 points in his return on Tuesday from a three-month injury recovery. With that said, it’s not the first injury he has suffered in his career and it certainly wasn’t the worst – that was set in 2014.

While practicing with Team USA, George went up for a block on James Harden. George landed awkwardly and ended up suffering a compound fracture in both bones in his lower right leg. He would return to the NBA at the end of the 2014-15 season and has since returned to form.

Gordon Hayward is an NBA forward for the Charlotte Hornets. He was drafted ninth overall by the Utah Jazz in 2010 and spent the next seven years with the team as he established himself as a consistent threat in the league. He then signed a big contract with the Celtics in 2017.

Just six minutes into his first regular season game with the Celtics, Hayward suffered this terrible injury. He went up for an alley-oop, landed awkwardly, broke his tibia, and dislocated his ankle. He missed the entire season, but returned the next year and has since returned to form.

Joe Theismann is a retired NFL quarterback that spent 12 seasons in the league. He was drafted by the Miami Dolphins in the fourth round of the 1971 NFL Draft, but spent his entire career with the Washington Redskins. By 1977, he had a 7-4 record as the starting quarterback.

He became the full-time starter in 1978 and led his team to a 70-43 record over the next eight seasons. Unfortunately, his career was cut short due to a compound fracture in his tibia and fibula after being sacked. He never played football again, but still holds several Washington records.

Clint Malarchuk is a retired NHL goalie that spent 10 years in the league between 1981 and 1992. He was drafted by Quebec in the fourth round of the 1981 NHL Draft and spent the next five years with the team. After a two-year stint with Washington, he moved on to Buffalo.

In his first full season with the Buffalo Sabres, Malarchuk suffered this extremely scary injury when a skate cut his neck open. He immediately grabbed his neck as blood started pouring out onto the ice. Luckily, one of the Sabres’ trainers knew to cut off the artery until medics arrived.

Samantha Cerio is a retired gymnast that attended Auburn University between 2016 and 2019. Her career-highs in college included a 9.925 on the bars, 9.875 on the beam, and 9.900 on the floor. Unfortunately, her career came to a crashing halt during the 2019 NCAA Regional Tourney.

During a floor exercise, she landed awkwardly after doing several flips. When she landed both of her knees bent the wrong way – she suffered bilateral knee dislocation and fractured legs. It was something most doctors had never seen before. She was walking just two months later.

Akil Mitchell is a pro basketball player that played college basketball for the Virginia Cavaliers and currently plays for Brose Bamberg of the Basketball Bundesliga (BBL). In college, he had a breakout year in 2013 as a junior, averaging 13.1 points and 8.9 rebounds in 37 games played.

Mitchell went undrafted in the 2014 NBA Draft and has since played in the developmental league and in professional leagues overseas. In 2017, as a member of the New Zealand Breakers of the NBL League, Mitchell had his eye poked out after going for a rebound. It’s tough to watch.

Willis McGahee is a retired NFL running back that spent 10 years in the league. He was drafted by the Buffalo Bills with the 23rd overall pick in the 2003 NFL Draft. He had 8,474 rushing yards, 65 rushing touchdowns, 1,339 receiving yards, and five receiving touchdowns in his career.

Before McGahee made it to the NFL stage, he played college ball at the University of Miami (FL). During his senior year, he suffered this gruesome injury that resulted in a torn ACL, PCL, and MCL. He missed his entire rookie season, but went on to have quite an incredible career.

Evander Holyfield is a retired boxer that competed between 1984 and 2011. He won his first 28 professional bouts before finally suffering his first loss in 1992. He would finish his career in 2011 with a pro record of 44-10-2 and 29 wins by knockout. He was a two-division undisputed champ.

One of Holyfield’s most precious victories came against Mike Tyson in 1996. It led to an intense rematch seven months later, which resulted in this horrific injury. Tyson, who was allegedly retaliating to Holyfield’s headbutting, bit off a part of Holyfield’s ear. He was visibly in pain.

Hopefully All the Worst Sports Injuries Are Behind Us

Sports injuries happen and it’s something we must prepare for, but that doesn’t make them any easier to watch – especially the worst sports injuries of all-time. The only thing we can hope for is that these types of injuries are rare and only happen once in a blue moon – if not never.

For all the young athletes out there, take all the necessary precautions when preventing sports injuries. Make sure you take rest days when training, always stretch before and after exercise, always wear the right protective gear, use proper technique and form, and always play safe.

Not being careful could put your health at risk, as well as the health of those you play with or against. Not only that, but it’ll put your career at risk and could prevent you from chasing your dreams and goals in your chosen sport. Instead, put yourself in a position to succeed!