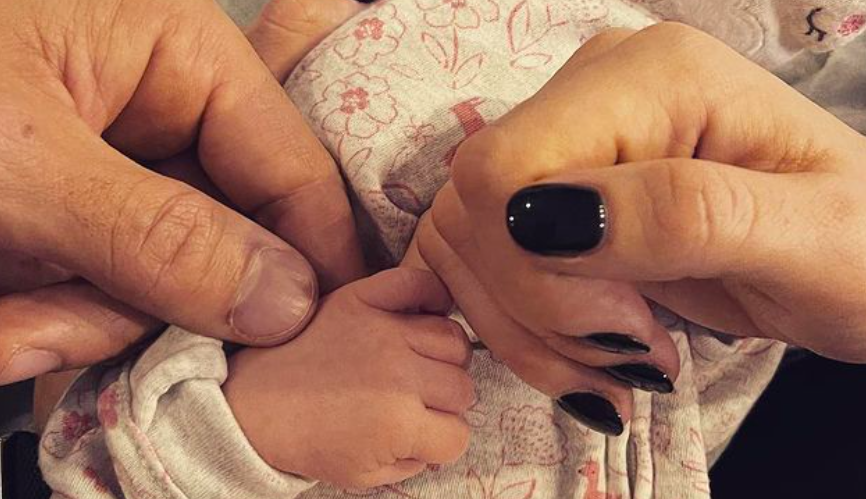 For WWE wrestlers Seth Rollins and Becky Lynch, the love of their lives’ was born as the engaged duo welcomed a little one into the world!

“Welcome to the world, Roux,” Lynch posted on Instagram as Rollins and Lynch held their precious newborn. “You are the love of our lives. #andnew.”

Rollins is also now a proud parent, posting the same picture, announcing the birth of their child.

And the congratulatory comments started flowing for the family on their posts:

“Congratulations Dada! Baby girls are such a blessing,” someone said on Rollins’ post.

In May, Lynch told People in an exclusive: “I’ve always, always wanted kids. I’m just so career-focused that it became one of those things that, when you’re chasing a dream for so long, I always wondered, ‘Am I going to get around to it? Is it going to happen for me?'”

Lynch and Rollins, according to People, “found out they were expecting after Lynch went through a number of pregnancy tests in April. Though the first one came out negative, Lynch followed her instincts and bought a digital test that confirmed what she suspected.”

“I took the first one wrong,” Lynch said per People’s exclusive in May. “Then I took a few more tests until I got a digital one that just said the word ‘Pregnant.’ I was with Seth at the time and he just threw his hands up in the air, all excited!”

Fast forward to December, Rollins and Lynch now excitedly welcome little Roux to the world as they start this next chapter of their lives together.