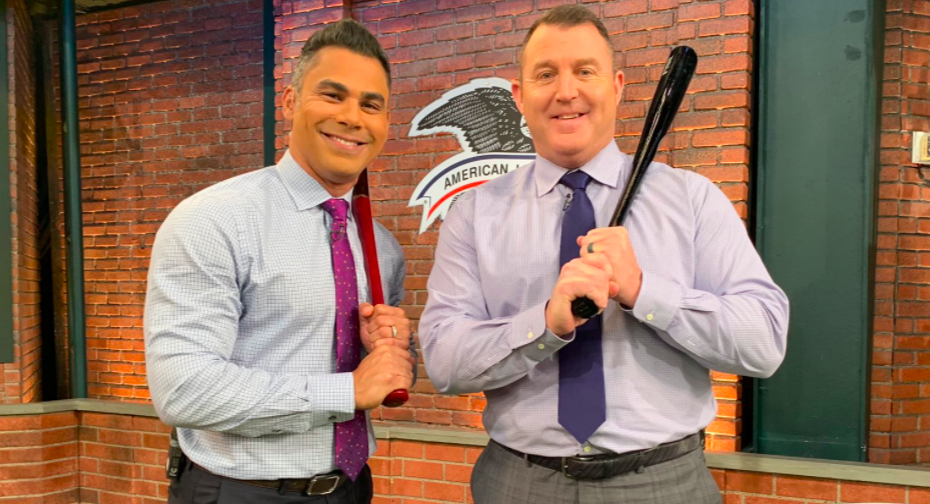 ‘Sandlot To The Show’: Your Kid Could Get Swing, Pitch Analyzed By Carlos Pena, Sean Casey, Bill Ripken, And Pedro Martinez

In the sports world, there’s a lot of analysis. From looking back at the tape, learning from what you did good that game and how you could get better, including improving a swing or pitch on the baseball diamond, there’s an opportunity for your baseball or softball student-athlete to get their play at the plate analyzed, as well.

MLB Network has a “#SandlottotheShow” segment where MLB.com states:

“Want to work on that swing? Perfect that windup? Be a better player? Let MLB Network’s broadcasters take a look at your skills! Have your parent or guardian post your videos weekly on Instagram or Twitter with #SandlotToTheShow and tag @MLBNetwork. Your video could be broken down by our experts.”

RELATED: Nobody Voted Into Baseball Hall Of Fame In 2021 Class

Of course, the sandlot is known as a make-shift set up baseball diamond no matter where in the world you are. To make a baseball field out of nothing. To play for the love of the game.

You also may know the term ‘sandlot’ from that classic movie.

Recently, Patrick Renna, who played a character in the film, posted this:

According to Good Morning America’s Carson Blackwelder, “Renna…recreated a scene from the beloved 1993 film with his son, Flynn…Fans of ‘The Sandlot’ will remember the scene when Smalls (Tom Guiry) attempts to plays catch with his dad and he doesn’t keep his eye on the ball. After getting hit in the face, his dad slaps a steak on his face, telling his son it won’t keep him from getting a black eye but will keep the swelling down.”

PluggedIn lists some baseball movies, including ‘The Rookie’. PluggedIn‘s Erin Ritter and Bob Smithouser describe the film as this: “(b)ased on a true story, The Rookie is a heartwarming, inspirational drama that is as much about family as it is about baseball.

PluggedIn’s Adam R. Holz describes the incredible movie, ’42’, chronicling the life of Jackie Robinson, as this: “42 is drenched in inspiration, in part because it doesn’t shy away from realistically depicting the kind of resistance Robinson and (Branch) Rickey were up against…these two men’s faith and fortitude forged a path for others to follow, forever ending segregation in baseball and challenging racism in the culture at large along the way.”