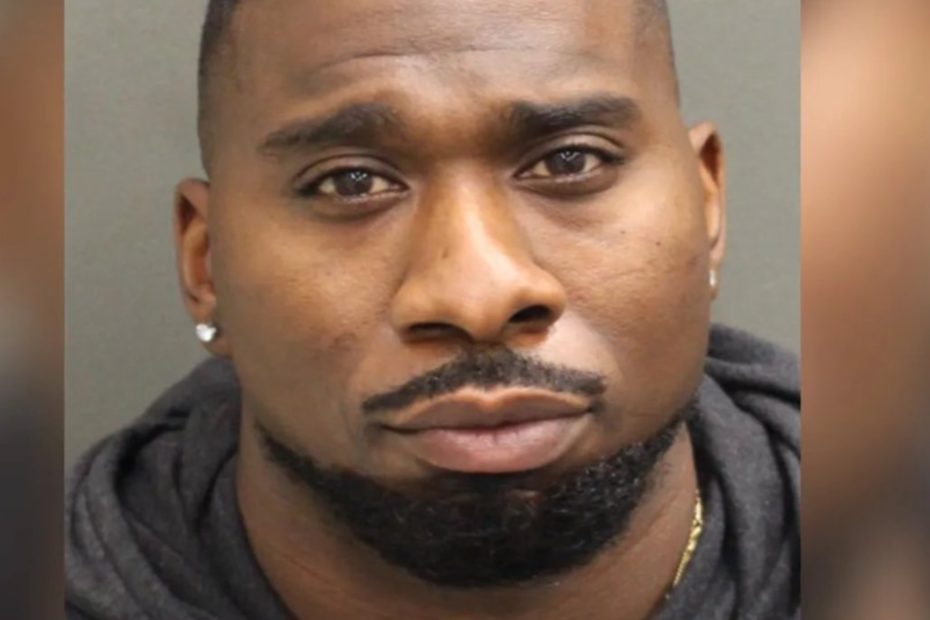 Former New York Jets running back, Zac Stacy, has been arrested and charged with two felonies after a video of him surfaced assaulting his ex-girlfriend.

The graphic video that surfaced of the crime depicted the victim being repeatedly struck and even thrown onto a television, which ended up falling on top of her. According to the report, the victim also had a torn shirt and suffered multiple injuries throughout her body. He apparently fled the scene, left his victim by herself, and flew across the state to Nashville, before returning in order to turn himself in.

Stacy currently resides in the Orange County Jail with charges of aggravated battery and criminal mischief. His bond is set for $10,150, but he has been ordered to have no contact with the victim, surrender his passport, and turn in his firearms.

RELATED: Former NFL Running Back Zac Stacy Seen Brutally Attacking the Mother of His Child in Her Home

Victim of attack speaks out against Zac Stacy.

Kristin Evans later identified herself as the victim of the assault and spoke to CNN on behalf of the horrific incident. In a statement, she said, “Thank you for supporting my children and me during this difficult time. Our safety is the number one concern right now. After a terrifying experience, I am grateful that Zac Stacy is currently in police custody.”

She added, “At present, I have filed a restraining order and plan on filing a civil complaint.”

However, Evans also brought to the table a serious argument about the disturbances that playing football pay causes. She went on to argue that the NFL should take more caution in protecting their players from bodily trauma in order to avoid brain injuries and the decrease of cognitive function.

“I am sincerely asking the NFL and football commissioner Roger Goodell to confront the reality that players are experiencing PTSD from their time playing pro-football,” she stated. Evans then explained, “In particular, as linked to repeated concussions, brain injury, and other bodily trauma, as it causes symptomatic changes to the players’ character, including increased irritability, angry outbursts, and aggressive behavior​.”