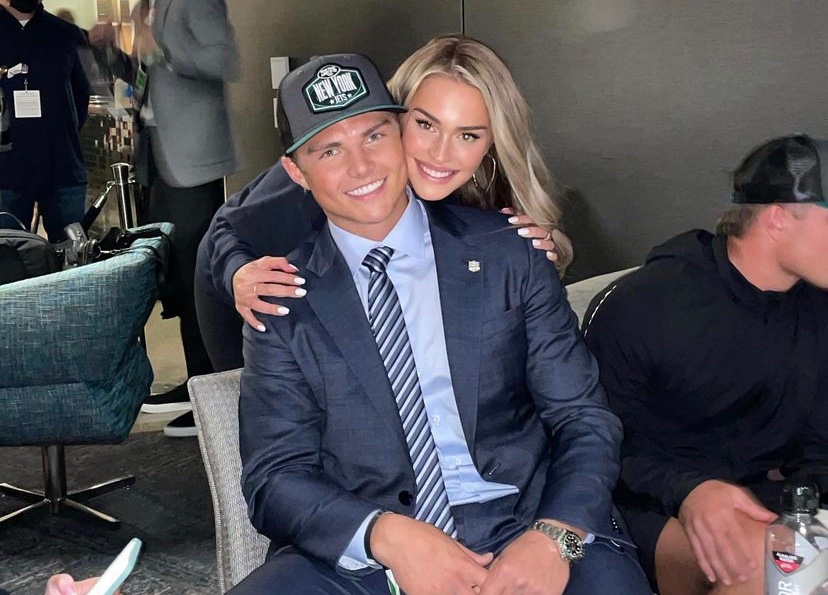 Located near the New York border, there is a small New Jersey town known as Livingston. Within this town, is The Ritz Diner, where rookie NFL quarterback Zach Wilson enjoyed a pleasant Christmas breakfast with his family. However, what made this breakfast so memorable, was gifting waitress Kensia Thelusma two tickets to Sunday’s game against the Jacksonville Jaguars.

When Thelusma discovered that the football player was in the diner, she casually mentioned that her son was a massive fan of the Jets. In an incredible turn of events, Wilson shared that he had two spare tickets. In shock and visibly emotional, the waitress embraced him in a hug.

“I have two tickets,” the 22-year-old shared with a smile plastered on his face. He added, “I swear.”

While still ecstatic, Thelusma called her son Scott and relate the exciting news. “He’s giving you tickets to go to the game tomorrow,” she explained to her son over the phone.

The occurrence was also documented by Thelusma and Wilson’s mother on Instagram. “This is me a mother’s joy after hearing Zach Wilson my son Scott Thelusma two tickets to jets game,” the waitress wrote on the caption of a social media video that showcased event. She additionally included, “Merry Christmas.”

The quarterback’s mom, Lisa, also posted a similar video from her perspective on Instagram. Sharing the love, Lisa wrote on her story, “@RitzDiner thank you for the amazing service and delicious Christmas breakfast.”

Perhaps the Christmas cheer is what gave Wilson the courage needed to lead his team to victory over the Jaguars on Sunday’s game. Despite being without his head coach and top receivers due to testing positive for COVID-19, the quarterback was able to articulate some impressive plays on the field.

The Jets started out with a 52-yard-touchdown by their rookie quarterback and the momentum didn’t die down throughout the game. With a final score of 26-21 in favor of the New York-based team, the 22-year-old athlete was pleased with his team.

“It’s been a rough season, but we’ve got to put something good on film every single week,” Wilson commented, according to KSL.com. “We’re going to keep fighting, and the guys had something to fight for today.”