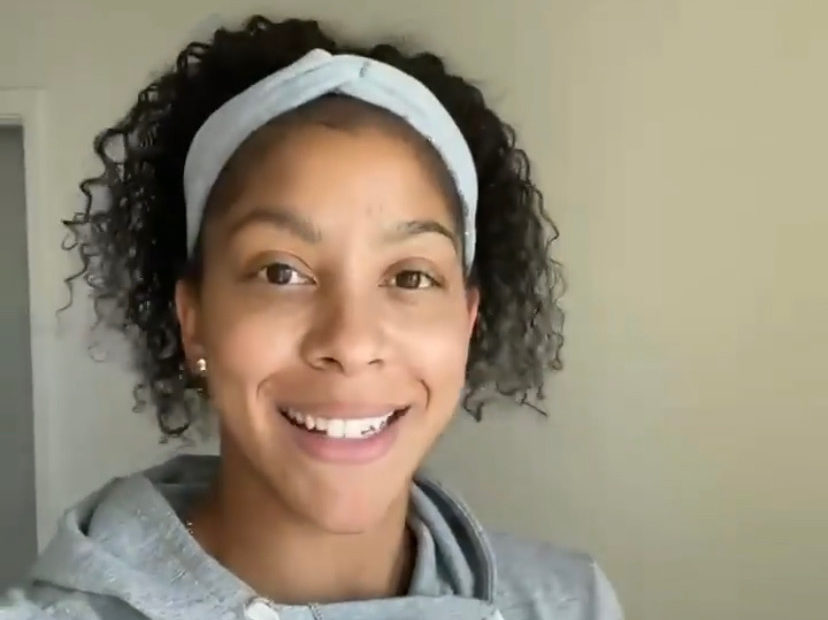 Candace Parker has had an extensive and complicated career in the WNBA since 2008. As a rookie, she was awarded MVP while on the Los Angeles Sparks and even led her team to a championship victory in 2016 after a hiatus from basketball.

She is no stranger to high-stake games, getting benched, injuries, and expectations, which made being in the championships all the more nerve-wracking. In 2021, she joined the Chicago Sky and incredibly won her second WNBA championship title, proving that hard work and dedication will pay off.

“You know, it’s funny, when I’m sitting at home watching television and there’s a last-second shot, I immediately almost vomit in my mouth,” Parker shared with ESPN, relating back to her own experiences. “My daughter knows that I sympathize more with the person that is on the losing end of that. My heart breaks for them. Because I’ve been there.”

However, Game 4 of the 2021 WNBA Championships was not one of the losing nights. In fact, Parker led the Chicago Sky to victory for the first time in franchise history. In their game against the Phoenix Mercury, the Sky came out on top with an astonishing 80-74 lead.

Despite dominating on the court, Candace Parker still believes that losing is essential for reaching career highlights

“I could have four or five WNBA titles by now. And I could also have zero,” she commented. In Sunday’s final game, the athlete had a whopping 16 points, 13 rebounds, five assists, and four steals. “I think it’s made me really understand how important possessions are. We think about that last-second shot, but every possession is equally important.”

“And I think it’s had me become less results-driven, and just focus on doing what you’re supposed to do. You could literally do everything you’re supposed to do and not reach your goal,” she continued. Parker then posed the question, “But are you going to stop working?”

Despite her criticisms against herself, she is largely regarded as one of the best basketball players throughout the league. An opposing team member, Diana Taurasi, even revealed her thoughts on the player: “She’s the most talented player I’ve ever been on the court with, hands down. Like, by far. Her ability to do certain things on the court at the highest level surpasses everyone.”