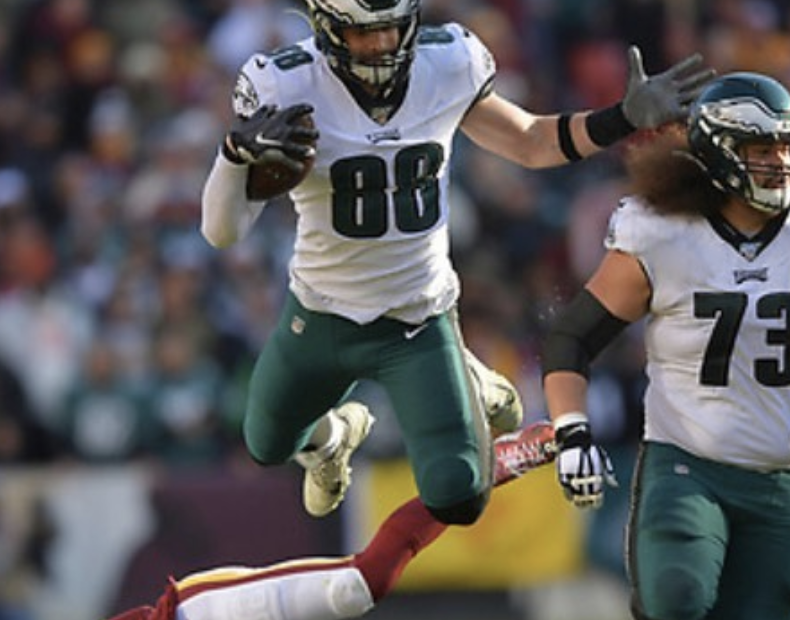 Philadelphia Eagles Tight End, Dallas Goedert, was reportedly punched in the head while he was eating at a restaurant on Friday.

While Goedert lost consciousness and was rushed to the hospital, he is now fine and is resting at his home in South Dakota. Since the incident Friday, a video has surfaced on twitter, which was later shown on ESPN. The video shows Goedert talking to a man and then getting punched in the head by another.

The incident took place in Aberdeen, South Dakota, and after a short investigation by the Aberdeen police, a suspect for the assault was arrested. The suspect was Kyle Douglas Harada, a 29-year-old Floridian out of Sarasota.

Harada was only charged with simple assault, as Goedert was hardly injured, but if Goedert had sustained any more prominent injuries, Harada could have been put away for a long time.

Dallas Goedert grew up in South Dakota and went to high school and college there. Now, he is entering his third year with the Eagles. Last year he had 58 receptions for 607 yards and 5 touchdowns.