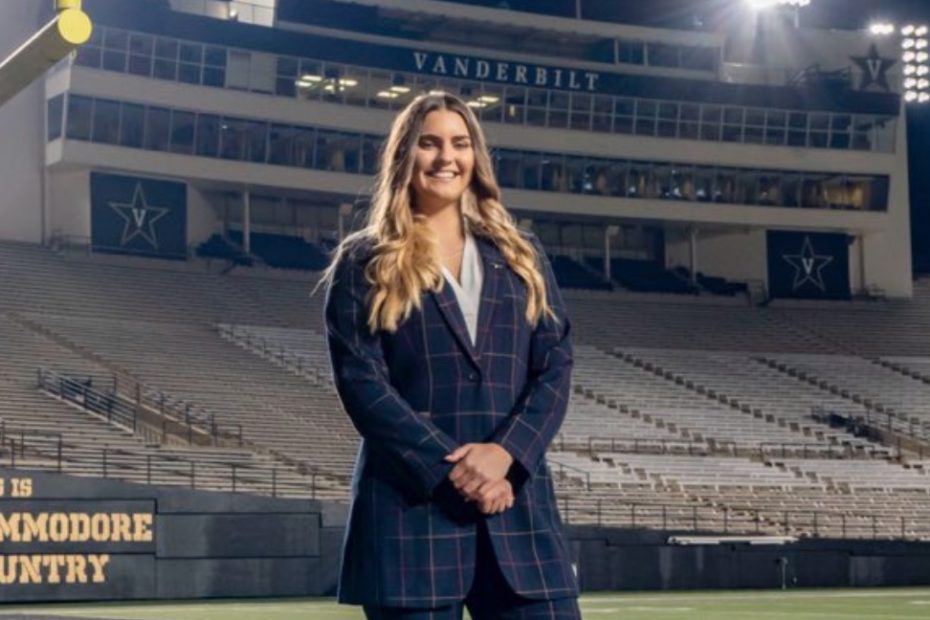 Remember that NCAA Division I college football kicker who made history this past season and shattered glass ceilings through the uprights with an extra point?

Vanderbilt kicker Sarah Fuller was “the first female to score points in a Power 5 game” according to ESPN College Football and “helped lead Vanderbilt’s women’s soccer team to an SEC championship” per the Presidential Inauguration Committee.

Now, Fuller has received the opportunity of a lifetime, as she announced she was “invited to participate in one of America’s greatest traditions”, the Presidential Inauguration’s primetime segment called “Celebrating America”.

In a Presidential Inauguration Committee press release, Fuller’s name was listed as one of “a number of the everyday Americans who have stepped up in their communities” who was invited to participate in a primetime segment called “Celebrating America”, where “participants and American heroes…will be highlighted”.

“It’s an honor to be invited to participate in one of America’s greatest traditions,” Fuller said in a Twitter post. “This historic inauguration is especially meaningful for American women and girls. The glass ceilings are breaking and it is the time to #LeadLikeAWoman…”

The “first woman MLB general manager Kim Ng” will also be on the broadcast.

Here are the other “everyday Americans who have stepped up in their communities” who will also be featured in the broadcast per the Presidential Inaugural Committee:

Fuller posted in November on Twitter: “Let’s make history”. She did that on the college football field and now, she gets to be a part of even more history.