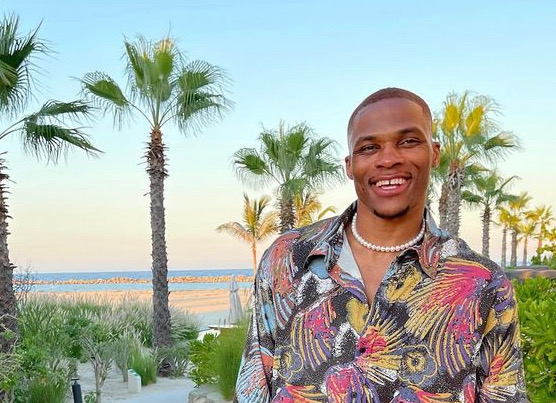 Russell Westbrook Questions His Technical Foul After the LeBron-Stewart Altercation, Despite Looking Like He Wanted to Throw Hands

Los Angeles Lakers player and nine-time MVP, Russell Westbrook, outwardly questioned why he ended up with a technical foul on his record after the altercation between LeBron James and the Detroit Pistons star, Isaiah Stewart.

During the game, James was seen outstretching his elbow and fist into the face of Stewart. The Detroit player ended up with blood gushing from his eyebrow and in a fit of rage, attempted to attack James. Before the situation could escalate any further, fellow athletes and coaches were stepping up to try and calm down the situation.

Russell Westbrook is shocked to learn he received a technical foul

Sitting down for a press conference after the game, the 33-year-old basketball star was made aware of his punishment in front of reporters. “Who got a tech? I got a tech? Oh wow, why did I get a tech?” he questioned after the stat sheet was handed to him.

While the basketball player seemed oblivious, his technical foul was obvious to others who paid close attention to the altercation. Although not in the middle of the standoff, Westbrook stood to the sides with his hands curled up into fists, looking ready to throw hands if necessary.

His stance has been well documented since the altercation, many NBA fans clowning on the fact that he bears a similar resemblance to the Notre Dame mascot or a cartoon boxer.

Continuing in a state of confusion, the basketball player drew the conclusion, “Well that’s just being Russell I guess. When you’re Russell Westbrook they just try to do anything, apparently. I don’t know what I did, but whatever. They had to put it on somebody. Why not me?”

With reporters eagerly waiting for some insight into the altercation, one person asked about James and if Westbrook had spoken to him since the game ended. However, Westbrook was still stuck on the fact that he received a technical foul.

“No, I haven’t,” he said in response to being asked if he had spoken to LeBron. He added, “I’m still trying to figure out how the hell I got a tech.”