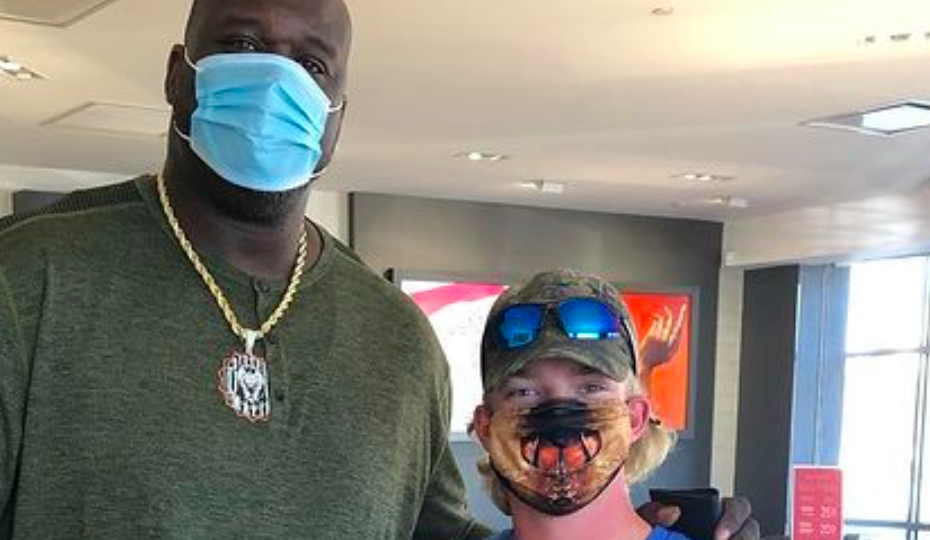 Watch This: Shaq Gives Back, ‘Decide(s) To Pay For’ Engagement Ring That Man Was Shopping For

Shaquille O’neal has four NBA Finals rings to his name.

The NBA Hall of Famer and 15-time NBA All-Star is now associated with another ring now, though, and it’s not even his!

Check out what Shaquille did in what looks to be a Zales jewelry store in Atlanta:

That’s right. Shaq straight up took his credit (or maybe debit) card out and, according to Shaq Fu Radio’s Instagram post, “Out of no where…decided to pay for this young man(‘)s engagement ring 💍 “.

That’s what you call a slam dunk of a surprise and gesture.

One man helping another out in making one of the best purchases and decisions of his life, to commit to another woman for life in marriage.

“To be blessed you have to bless others!” Shaq Fu Radio said. “@shaq always stay #humble…”

“Shaq saw this young man buying an engagement ring and decided to pay for it 👏”.

The dude liked it so he’s about to put a ring on it, with a little help from the guy who’s won four NBA title rings himself.