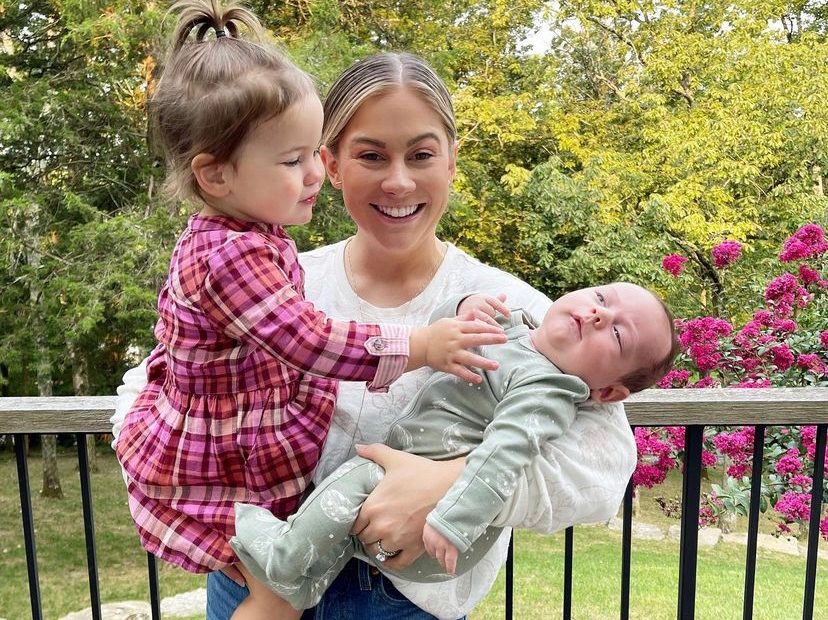 How Shawn Johnson East, 29, Discovered Her Confidence in Parenting

American Olympian Shawn Johnson East has been very open about how she handles parenting and more specifically, how she grapples with those who try to police her methods of motherhood. Apparently, now that she has two children, she finds it easier to not care what others think.

Drew Hazel, daughter of the Olympian, recently turned 2 while Johnson East’s son Jett James was born in July. The athlete explained that ever since her son was born and she has had to raise two children, her confidence in parenting has blossomed.

Mom shaming commentary on her social media posts no longer bothers her, rather she is completely assertive that she is doing a great job being a mother.

“I was definitely affected by that a lot with my daughter, just because I didn’t have confidence as a mom and I didn’t know how to do anything. With Drew, I had so many trolls who were saying, ‘You’re doing this wrong,’ and everything. It really affected me because I second-guessed myself in everything, ” she said, describing her life as a mother with only one child.

Johnson East elaborated on how she earned her sense of confidence, recognizing that it took having another child to feel truly self-assured. She stated, “So going into all of it with Jett, we still have trolls, but I have such confidence now in my decisions, in knowing that what I’m choosing for my son is the best for him, that they really don’t bother me. I’m like, ‘Oh, you must not be a parent.’ “

However, like most people, there are certain comments that upset the former Olympic gymnast. While she doesn’t mind what others say about her, she said if a stranger online were to attack her husband or children, she is bound to be upset. “My husband and I argue about this a lot. I would clap back at everybody if I could because I just don’t like it. If it’s about me, I don’t really care, but if you come after my babies or if you come after my husband, I want to say something,” she said.

Yet, Andrew East, husband of the retired athlete, knows how to keep his wife promoting acts of positivity. Johnson East went on to reveal, “My husband has said our policy within our household and within our business and within social media is, ‘You get more of what you respond to.’ So if we respond to kindness, we’re going to get more kindness. He said if we allow ourselves to be affected by trolls, we’re teaching our kids to be affected by them too.”