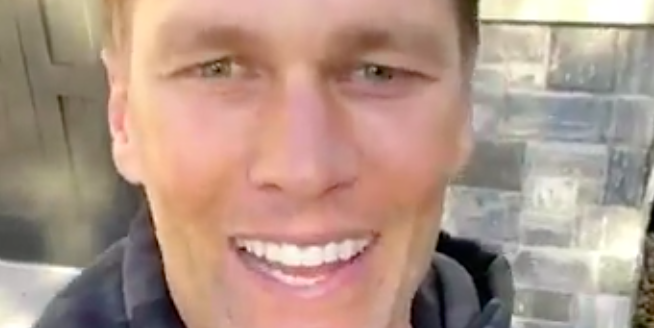 Tom Brady Mounts Another Epic Comeback Against The Falcons? Brady: ‘It’s All About The Comeback’

Tom Brady Mounts Another Epic Comeback Against The Falcons? Brady: ‘It’s All About The Comeback’

Falcons fans, just cover your eyes for most of this one because it has to be painful.

As Tom Brady and his new team, the Bucs, played the Falcons on Sunday, it had deja vu of Falcons-Patriots Super Bowl LI comeback written all over it.

Put Brady under center against the Falcons, just in a new NFL team’s uniform, and you had epic comeback part II.

The Falcons, with 7:25 left in the third quarter, were given a 95.3-percent chance to win according to ESPN’s win probability meter.

The Falcons were up 24-7 at that point, not to mention their 17-0 at halftime, shutting out the Bucs in the first half.

All that didn’t matter to Brady and the Bucs.

The Bucs started making a comeback. It started with this Leonard Fournette rushing touchdown:

Then, in the fourth quarter, Brady passed it to Antonio Brown for a touchdown with over six-minutes left to go in the game to put the Bucs up 31 – 27. And that’s where the score would stand as Tampa pulled off an incredible comeback and got the win.

Hmmm, that sounds familiar, doesn’t it? Sounds like a Super Bowl Brady and Patriots co. comeback down 28-3.

The Falcons had a 99.6% chance of winning that Super Bowl LI, according to ESPN’s win probability meter, with 9:00 left to go in the fourth quarter. The Pats, of course, would mount an historic comeback and go on to win that Super Bowl in overtime. Deja vu anyone? At least this was just a regular season game, Falcons fans. I feel your pain as a Lions fan. At least you all have made a Super Bowl!

“Another great team win in Atlanta, it’s all about the comeback,” Brady said in a post on getting the ‘W’. “Merry Christmas to you guys. I hope you have a great week with your family. And we’ll see you Saturday in Detroit. Let’s go!”

Moving on to some light-hearted, festive Bucs news, here’s Tampa rookies spreading Christmas cheer for all to hear: