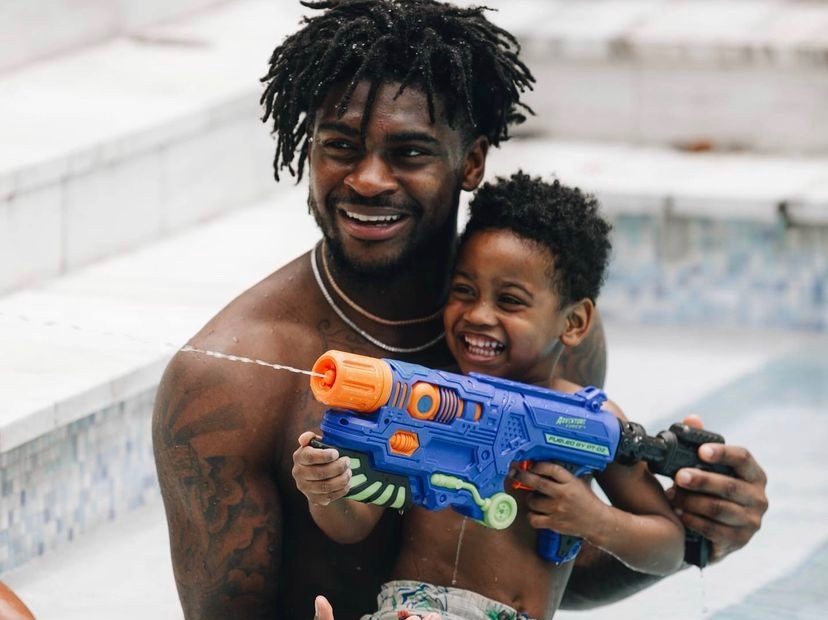 Dallas Cowboys cornerback player, Trevon Diggs, is supported by hundreds of fans across the country, but arguably the most special is his 4-year old son, Aaiden.

“My dad’s named Trevon,” the NFL’s star son happily exclaimed while the cameras pointed at him during a Dallas Cowboys game. Aaiden, barely able to contain his excitement and unable to sit still, then proceeded to shout out the encouraging phrase, “Trevon Diggs! Tre! Tre! Believe in yourself! Make sure you do good!”

Clearly, his father’s biggest fan, Aaiden’s uplifting cheers work wonders on Diggs’ athletic performance. This is by no means the first time the 4-year-old has been caught lending support to the Dallas Cowboys star. In fact, in the past, Aaiden has requested that his father end games with a touchdown and interception.

Trevon Diggs promises his son that he will score touchdowns and interceptions!

The Dallas Cowboys reported in late September the conversation the cornerback had with his son prior to one game in particular. “He was like, ‘I want you to get an interception and a touchdown,'” Trevon shared, referring to his son. The NFL player then went on to add, “I kept my promise.”

Throughout the season, Diggs has been seen absolutely dominating on the field. In week 3, he became the first Cowboys player since 1985 to earn an interception in each of the first three games of the season. Needless to say, his son’s encouraging sentiments are aiding him into an incredible season.

Mike McCarthy, head coach for the Texas-based team, even spoke on Diggs’ abilities and recognized the talent he exudes on the field. McCarthy shared, “The guy has got phenomenal hand-eye coordination. Just the way he breaks on the ball, he’s got as fine of hands that I’ve seen in a long time.”