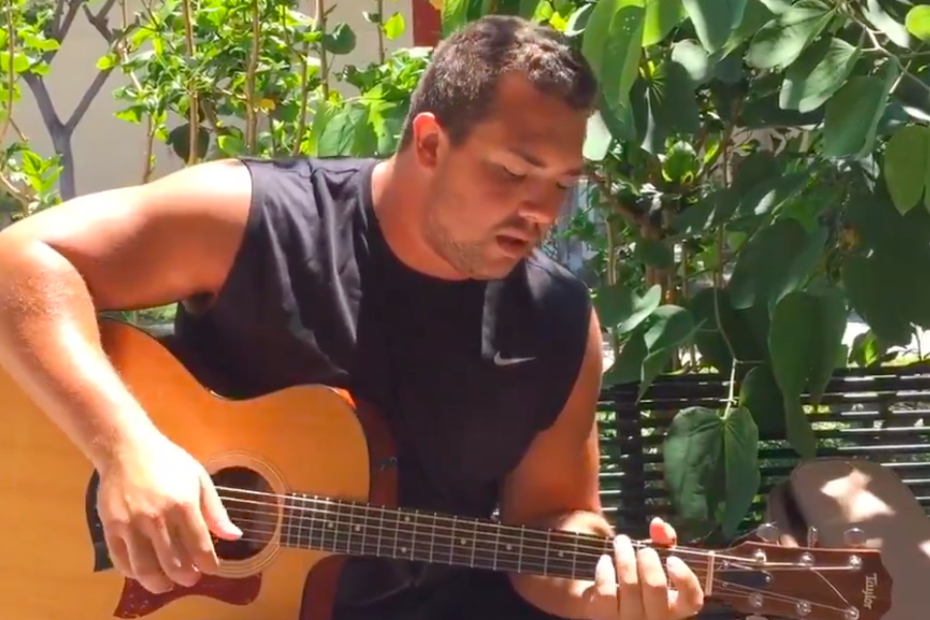 USC Trojans, Teammates Remember Talented Standout Offensive Lineman: ‘Hurts To Hear This! Prayers Up To The Brown Family. My Forever Teammate And Friend’

RELATED: Kobe And Vanessa Bryant’s Daughter Accepted Into USC!: ‘Tears Of Joy…I Wish Daddy (Kobe) And Gigi Were Physically Here To Celebrate But I Know They’re Here In Spirit’

USA Today Sports Trojans Wire reports that “Chris Brown’s cause of death — at press time — had not yet been announced.”

On the football field, Brown had so many accomplishments.

More recently, per USA Today Sports Trojans Wire: “He was an undrafted NFL free agent who signed with the Los Angeles Chargers after the 2019 draft…(then) sought a bounce-back opportunity in professional football with the DC Defenders of the XFL. He was one of three USC players on XFL rosters in 2020.”

At USC, the Trojans’ football site lists his many accolades. In honor of Brown, here’s the full summary from the Trojans’ site:

“He has 17 career starts and has appeared in 41 games.

2018:  The veteran, talented Brown returns for his second season as a starting offensive guard as a senior in 2018.

2016:  Brown saw action in all 13 games at left offensive guard and on special teams as a sophomore in 2016.  He started the Alabama opener.

2015:  Brown saw action as a backup offensive guard and on special teams in all 14 games as a redshirt freshman in 2015.  He even started twice (at right guard at Oregon and at left guard against UCLA).

He was a 3-year starter at Loyola.  Current Trojans Reuben Peters, Christian Rector and Jack Webster also prepped at Loyola.

PERSONAL:  He is a real estate development major at USC.”

The Trojans described the video as “USC’s multi-talented OL Chris Brown wishes the #TrojanFamily a Merry Christmas and Happy Holidays!”

Beyond football and music, which his impact was evident, the impact he had off-the-field was just as evident as his teammates learned a lot from him, respected him, enjoyed spending time with him, and are now reflecting and remembering the wonderful, fun memories they shared with the man of “character” who was “friendly…a great young man…the most fun and genuine person to be around…the most talented person…his energy was unmatched…an amazing teammate with a heart of gold”.

USA Today Sports Trojans Wire’s Matt Zemek compiled tweets which include those adjectives of Brown listed above where people share their remembrance of their teammate, their friend, their brother:

Prayers up to the Brown family, the Trojan family, and all the loved ones of Chris. May God be with them, comforting and consoling them giving them peace that surpasses understanding, especially when words can’t do justice in a tragic situation like this.