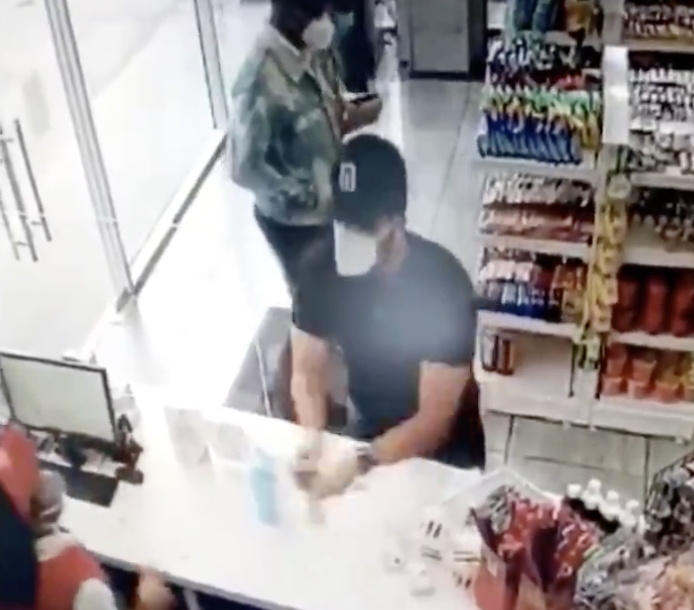 Washington Nationals employee, Jazhiel Morel, was fired Saturday after a video surfaced of him throwing coffee in a woman’s face.

The video, taken Friday night, shows Morel walk into a store, fill up two cups of coffee, and then argue with the store clerk. He was clearly unhappy, as he proceeded to throw the cups in her face. As it was security footage, there is no audio, and no way to know what they were arguing about, but it does not really matter, as it is in no way acceptable to throw scalding hot coffee at anyone.

Morel had just been promoted to administrator of the Nationals camp in the Dominican Republic, where he scouts and trains players. The camp, which started in 2014, has produced stars like Juan Soto and Victor Robles, among others. Morel had been in the organization for 2 years.

The Nationals president Mike Rizzo said in a statement: “The Washington Nationals learned of this horrific incident earlier today and immediately terminated the employee. We do not tolerate this type of behavior in our organization.” According to Morel’s lawyer, he has also agreed to turn himself in to Dominican police, however he is yet to release an official statement yet.

The Nationals are coming off a World Series victory last season, and they are currently 10-13. They are in fourth place in a highly contested NL East, but they are only 3.5 games back of the Braves, who are the first place team. In such a positive time for the Nationals, who are growing their fanbase after a World Series title, thay have zero tolerance for an incident like this one, and they are making sure they cultivate a positive image for their brand.