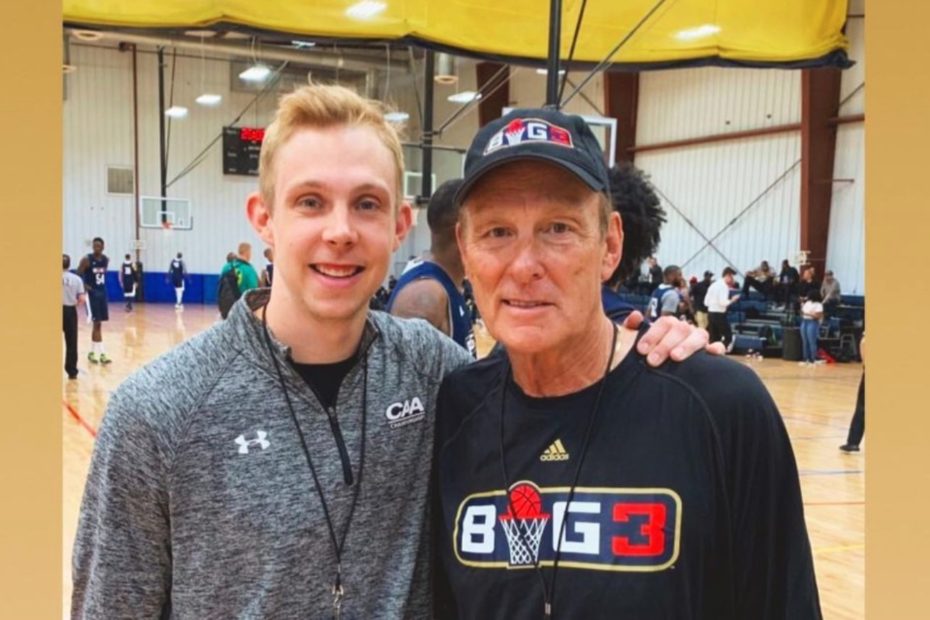 The granny shot. A tried and true free throw shot that’s as effective as it is incredible. It’s a classic basketball shot out on your driveway or…on a NBA, NCAA court, or international FIBA court.

Canyon played at the College of Charleston for three years before transferring to the University of Florida, where he played his senior year in 2016-17. With the Gators, he won the SEC 2016-17 Sixth Man of The Year.

Canyon is also smart as he studied Physics and Nuclear Engineering. So, rightly so, he took after his dad at the free throw line seeing how Rick shot 89.3-percent from the charity stripe in his whole career.

Canyon shot 80.8-percent from the line throughout his college career and 83.2-percent in two years with the NBA’s G-League.

A spitting image of his father, we have to show you how Rick Barry shot the rock in the NBA and how his son has been implementing it throughout this career.

Want to know how to shoot the classic free throw?

Why not get a lesson from Canyon himself!

Here’s Canyon Barry showing you how to shoot the under-hand free throw:

As you can see, Canyon Barry competed with USA Basketball’s 3×3 team. According to USA Basketball, Canyon was a “member of the 2019 USA 3×3 World Cup Team that claimed an historic first gold medal for the USA with a 7-0 record, was the USA’s second-leading scorer with 39 points (5.6 ppg.), which ranked fifth among all competitors”.

The “maestro” behind the underhand free throw even wanted to let Andre Drummond know he and his pops could get Drummond to the next level on the free throw line.

Want to work on your free throws?

Just try the granny shot. Under hand it!