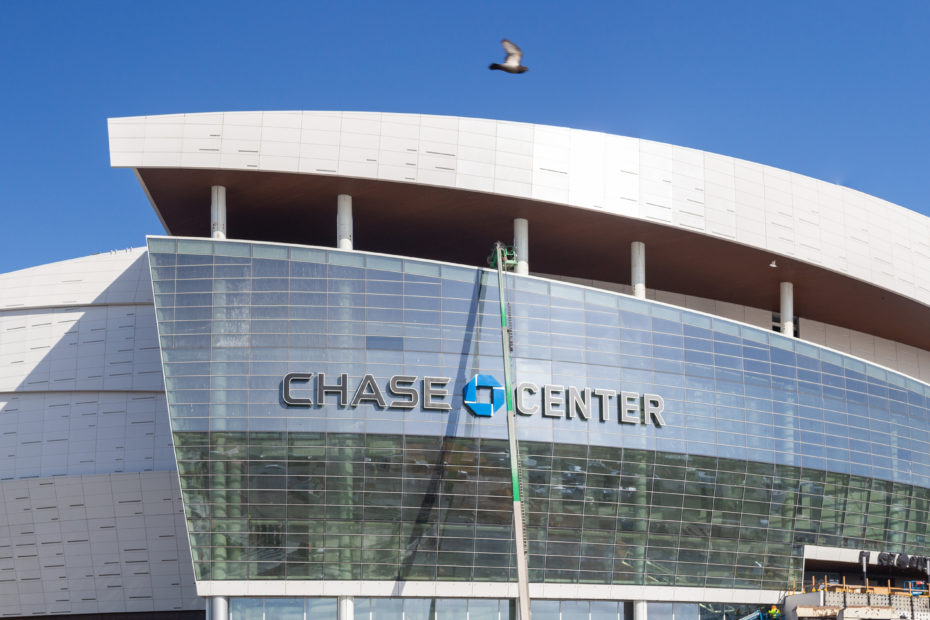 The 30 NBA Teams and How They Rank

Read on to find out about the 30 NBA Teams and how they rank in both Eastern and Western conferences, players to watch for each team, and how they are competing compared to their historical statistics.

The 30 NBA Teams and How They Rank – Eastern Conference Rankings

The Nets are doing amazing this year, especially now that KD is likely to be released from COVID-19 safety protocols this week. The Bucks, who now hold bragging rights to James Harden and Kevin Durant, have definitely made their way up in the rankings this year in stark contrast to their previous reputation and record over the years.

The bulls have performed very mediocrely for nearly an entire decade, especially in comparison to the team’s rich winning history in the glory days. This year is different. The team has been working on several up and coming players with big names, such as Lonzo Ball, and even added some seasoned veterans, such as Demar DeRozan.

It seems that after some experience years for their “new” team, the restructure is finally starting to pay off, with the Bulls sitting at a comfortable number 2 tanking in the Eastern Conference.

The Bucks, who don’t have a strong winning streak, have been improving in recent years, especially in the 2019-2020 season.

Giannis Antetokounmpo, a starting PG for the Bucks, has been with the team since his draft into the NBA, and has been improving since his entry in 2013. He has become a very valuable asset to the young team, and DeMarcus Cousins, whose game has declined, no doubt offers years of experience and a high basketball IQ.

The Heat have had Jimmy Butler since the 2019-2020 season and is one of their most notable players, having found much success in the league during his early career time spent with the Bulls. Another “new” team with very few veterans, it is predicted that this team is on the rise and has not reached its peak.

Despite having  outstanding players on their team, specifically Jarrett Allen, Darius Garland, Lauri Markkanen, Collin Sexton, and the Cleveland legend Kevin Love, the Cavs have had their work cut out for them. Since the departure of LeBron James, the team took a stunning downhill roll, with their first season without James ending in a 19-63 record. With this in mind, the team is doing well this year in comparison, and we can expect more improvement in the near future.

The Wizards are performing as expected this year…lukewarm, but respectable, just as they have in previous years in recent history. They don’t currently have any team-icons, but have a team full of decent players waiting for a proper leader. Currently, Bradley Beal and Spencer Dinwiddie lead the team in statistics.

The 76ers are an uncoordinated team full of players with excellent talent and notoriety. Seth Curry, an underrated point guard who actually has a higher shooting percentage than his superstar brother, Steph Curry. They also have Joel Embiid, Tobias Harris, Danny Green, and Ben Simmons as other key players. With many experienced members that are continually growing in skill and basketball IQ, the 76ers are definitely a team to watch and are capable of rising higher than rank 7 in the East.

An infamously young team that isn’t afraid to let loose and take risks, the Hornets have been a joy to watch this year, even if their record only shows them hitting the mark about 50% of the time.

This team has the potential to increase its capabilities in the next few years, and they are definitely a team to watch. They are already improving, normally having a far larger loss to win ratio. Right now, their most valuable players include Terry Rozier, LaMelo Ball, and Gordon Hayward.

Marcus Smart, Jaylen Brown, Jayson Tatum, and Kemba Walker currently lead the Celtics, who are fairing this year about the same they did last year. Before these past couple of years, the Celtics were one of the winningest teams in the NBA, but those days are long gone, with a very different roster than 2019.

The Raptors have gone downhill since 2019, when they reached the playoffs. They are now winning about half of their games, thanks to Fred VanVleet, Pascal Siakam, and OG Anunoby (who has been around to take care of the team since his entry in the league in 2017.

The Atlanta Hawks haven’t been  great for a while, so their performance this season comes with no surprise. They haven’t been able to keep a successful win streak, but they do have several superstars, most notably as of late Clint Capela, but also Trae Young, John Collins, Bogdan Bogdanovic, and Kevin Huerter.

The New York Knicks are another team that, so far, do not have a remarkable record but have not brought massive failure onto themselves either. Notable players to keep an eye out for are Julius Randle, Kemba Walker,  Evan Fournier, Derrick Rose, and RJ Barrett.

Another “okay” tem that is performing as many would have guessed, the Pacers have an impressive roster despite their record, including Domantas Sabonis, Malcolm Brogdon, Myles Turner, Caris LeVert, and T.J. Warren.

The Magic is doing super poorly this year, with Jonathon Isaac attempting to carry the team on his back. Their season ended last year with a similar win: lose ratio as this year, with players like Gary Harris having an admirable game every now and then.

The Pistons are dead least in the Eastern Conference this year. Nobody is surprised about this, but it is shocking how quickly a team can go from respectable (last time for the Pistons was 2018) to dead last. Cade Cunningham and Jerami Grant are a couple of notable members of the Pistons that deserve more success.

The 30 NBA Teams and How They Rank – Western Conference Rankings

The Warriors are being regarded as the best team in the NBA right now, with many of their star players (Steph Curry, specifically) on a hot streak this season. The bond that this team has between its players and coach (Steve Kerr), their work ethic, and positive attitude have brought this team much success over the past decade, but this year will definitely be one for the Warriors.

Aside from Steph Curry, Draymond Green and Klay Thompson (when he isn’t injured) are a couple more Warriors that are worth watching.

The Suns are doing great this year, and this was expected as they have been developing in a positive direction over the past few years. Some of their star players include Chris Paul, Devin Booker, Jae Crowder, Deandre Ayton, and Mikal Bridges.

The Utah Jazz have slowly been on the rise since 2015 and really popped off last year, ending the season with a 52-20 record. The Jazz has created their own success without the help of a well established athlete, like many teams on this list. Some of the most skilled players that play for the Jazz are Bojan Bogdanovic, Mike Conley, Rudy Gobert, Donovan Mitchell, and Joe Ingles.

Up until this year, the Grizzlies had been winning about half of their games every season following a couple of long losing seasons that began in 2017. 19-14 is an improvement for the team, and Grizzlies fans have Dillon Brooks, Jaren Jackson Jr, Mike Conley, and Ja Morant to thank for that, along with the help of the rest of the team with smaller yet important roles. Several of the players have been on the team for many years, and this definitely helps build a positive and trusting team environment.

The Clippers are winning about half of their games this season, which is a downgrade from their end-of-season record last year (47-25). Marcus Morris, Paul George, and Kawhi Leonard are some of the star members of the team and still have some time to turn the season around.

The Nuggets are another team that are winning about half of their games right now. This is a step down from their final record last year of 47-25. Key players include Aaron Gordon, Nikola Jokic, Michael Porter Jr., and James Murray.

Projected as one of the top teams at the beginning of the season, the Lakers have ultimately been disappointing so far, even with superman asset LeBron James and fellow basketball legends Russell Westbrook, Carmelo Anthony, and Dwight Howard. With a lineup like this, many fans are wondering why the Lakers aren’t at the top.

The Mavericks are a  team with several players that are considered top tier, but somehow the team hasn’t been able to meet fan and critic expectations. Luka Doncic (considered one of the top 5 current players in the league by many), Kristaps Porzingis, and Tim Hardaway are some of the well-recognized members of the team.

Yet another team that is winning roughly half of their games, the Minnesota Timberwolves are doing better than their last few seasons. With a record last year of 23-49 and a 2019-2020 record of 19-54, 15-17 is certainly an improvement. This is largely due to the hard work of Karl-Anthony Towns, D’Angelo Russell, and Anthony Edwards.

The Spurs were doing well a few years ago, but after many of their star players transferred to other teams, they have sunk in the rankings. Their star player right now is Dejounte Murray.

The Trail Blazers don’t have that great of a record this year, which is disappointing considering they finished off last season with a record of 42-30, which is noticeably better. They still have time to improve their record this season, but the team will have to get very competitive, including key players like Damian Lillard, CJ McCollum, Robert Covington, and Jusuf Nurkic.

The Kings haven’t been a team that people have been talking about for a while, which is why it comes with no surprise that they are ranked a measly 12 in the Western Conference. The Kings haven’t won more than they’ve lose since the 2005-2006 season. Some of their current relevant players include De’Aaron Fox, Tyrese Haliburton, Richaun Holmes, and Harrison Barnes.

The Pelicans have a losing record again this year, with their last successful year being in the 2017-2018 season. Their key players include Brandon Ingram and Jonas Valanciunas, with Zion Williamson (a talented player) being inactive most of the season due to serious injury.

The OKC had a great season a couple of years ago, but crashed and burned last year with a final record of 22-50, likely because of the departure of many of their praised players (such as Chris Paul and KD several years before). Right now, the highlight of their team is Shai Gilgeous-Alexander; we hope to see him in a winning environment that he can thrive in one day.

The Rockets are executing their game atrociously [again] this year. The once great team that included modern superstars like Clint Capela and Russell Westbrook has transformed into a fixer-upper, with it’s top quality being the presence of Christian Wood.