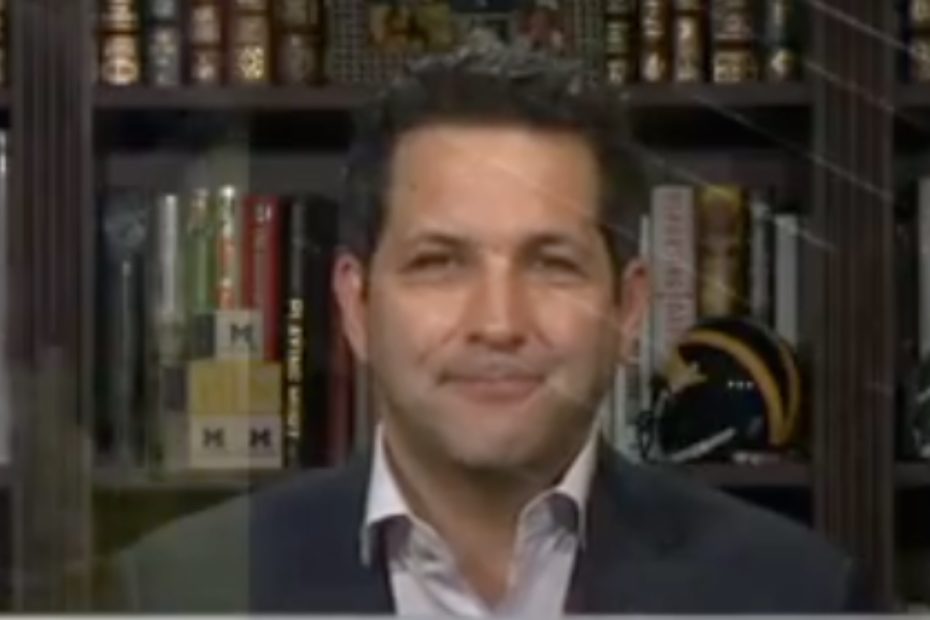 ESPN reporter Adam Schefter was spotted before an episode of “Monday Night Football” performing a dance known as “The Griddy”. Soon afterward, he suspected he had a torn ACL. Is it possible his dance of joy is to blame for his injury?

“We don’t know that (the injury happened during the griddy),” the notable sports commentator reported when he appeared on Thursday’s episode of NFL Live. “I’m presuming because it was shortly after that my knee started bothering me. So it can’t be proven that it was from that.”

During the interview, he also reported that he believed the injury to be a torn ACL. However, at the time, he was not 100% sure and was still awaiting MRI results. Since then, he has confirmed that the actual injury at hand was a tear in his meniscus.

“Per sources: @adamschefter suffered a meniscus tear that will require rest the next two weeks before doctors determine if surgery is necessary,” ESPN analyst Marcus Spears wrote on Twitter. He included the information, “Schefter will not be listed on the injury report for this weekend’s ESPN’s shows but it appears no more Griddy-ing.

Following this proclamation on social media, Schefter would go on to confirm its legitimacy. “As good of a reporter as he is an analyst….Sadly, confirmed. Griddy days are over,” he said in response to Spears.

The Griddy Dance originates in the early 2010s from Louisiana State’s Allen Davis, who wanted to create his own dance move. The dance move was then largely popularized by Minnesota Viking star, Justin Jefferson. Although Schefter’s use of the move was only a pre-game attempt to hype up Randy Moss, it is evident that the ESPN reporter won’t be exercising his dancing talents any time soon.

Luckily for the 55-year-old, the injury is not requiring him to miss any work and America’s beloved NFL reporter will still be on television for the new following weeks. He has not announced if the injury is serious enough to require surgery, but so far he remains optimistic about his current state.

In his interview with NFL Live, Schefter concluded the Griddy dance injury talk with the sentiments, “I may be hurt, but I’m not on the injury report.”