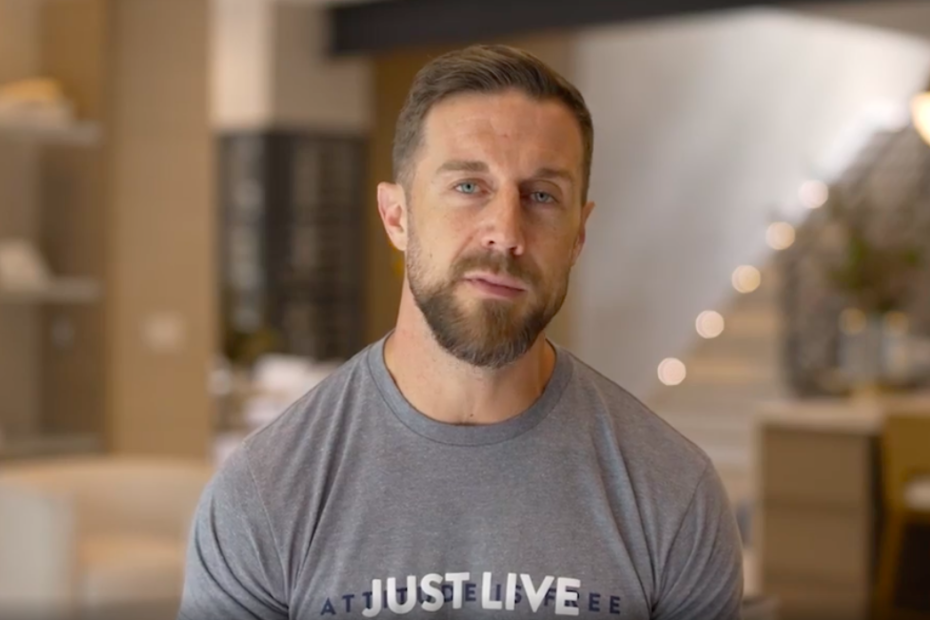 Alex Smith has been on a journey fighting adversity and overcoming it. From battling what could’ve been a career-ending leg injury and coming back to play quarterback again in the NFL, his next chapter awaits after announcing his retirement from the NFL.

“Because even though I’ve got plenty of snaps left in me, after 16 years of giving this game everything I’ve got, I can’t wait to see what else is possible,” Smith said in an Instagram video. “But first, I’m going to take a little time to enjoy those walks with my wife and my kids have no idea what’s coming for them in the backyard.”

Smith detailed his incredible journey back to football in the retirement announcement video:

“Two years ago, I was stuck in a wheelchair, staring down at my mangled leg, wondering if I’d ever be able to go on a walk with my wife again or play games with my kids in the yard,” Smith said. “Putting a helmet back on was the farthest thing from my mind. I just kept asking myself, ‘All this for a stupid game?’ But then, someone did something that changed my recovery completely, he put a football back in my hands. I don’t know what it was but all of a sudden, I felt stronger, more driven, and what once seemed impossible, began to come into focus.”

The quarterback, who was a three-time Pro Bowler and 2020 AP Comeback Player of the Year, is now focused on spending even more quality time with his family. And put the game he loved into perspective.

“And the truth is, over the course of my life, that’s what this game has done for me,” Smith said. “I was a skinny, no-name recruit who wasn’t even supposed to play in college, let alone go to New York as a Heisman finalist, or be the first one to have his name called on draft night. And then on a routine play, I almost lost everything. But football wouldn’t let me give up because no, this isn’t just a game…it’s about the challenges and the commitment they require, it’s about how hard and how far you can push yourself, it’s about the bond between those 53 guys in the locker room and everybody else in the organization, its’ about fully committing yourself to something bigger, and most of all, it’s about you.”

Smith also thanked the fans and teams he played on, the Kansas City Chiefs, San Francisco 49’ers, and most recently, the Washington Football Team.

Congratulations were in order from Smith’s teams around the league and more people.